Suspect in fatal shooting to be held, no bail, after arrest in Medford and arraignment (update) 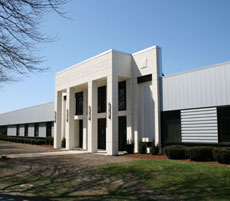 Suspect in fatal shooting to be held, no bail, after arrest in Medford and arraignment (update)

Cambridge District Court in Medford was expected to be the site of a Monday arraignment resulting from an Aug. 12 shooting death in Cambridge.

A suspect in an Aug. 12 shooting death in which the victim fled to Kendall Square was arraigned Monday morning in Cambridge District Court.

Roosselin Altidor, 26, of Medford, was arrested on Friday in that town and brought to the Cambridge Police Department, where was held until a court appearance, said Jeremy Warnick, director of communications and media relations for Cambridge police.

Altidor is being charged with murder, but the arraignment was delayed. First announced for the morning in a 7 a.m. email, more than two hours later a delay was announced by the Middlesex District Attorney’s Office, with the arraignment then expected to begin before 10:15 a.m.

When the arraignment took place, Judge J. Michele Hogan ordered Altidor held without bail and scheduled the next court hearing in the case for 9 a.m. Sept. 18.

The charge is in connection with the death of 31-year-old Rasaun Nichols, Warnick said. Nichols was reportedly shot five to eight times, including in the head, in a vehicle that was leaving Newtowne Court in the Area IV neighborhood. After the 8:41 p.m. shooting he was driven away from near 119 Windsor St. by his girlfriend, who was unharmed, but they made it only a few blocks down Main Street, stopping between a hotel and T stop entrance as she sought help.

“Police responded immediately and found that Rasaun Nichols had no pulse and had suffered massive blood loss from gunshot wounds,” police said in their probable cause statement. “He died minutes later.”

According to Nichols’ mother, Robyn Nichols, the victim and the accused fought a month ago in a nearby park.

Robyn Nichols said that, shortly before the shooting Aug. 12, the suspect’s girlfriend – and her co-worker at a clothing shop in Watertown – Yannelys David-Lopez, called her on her cellphone asking why Rasaun Nichols was chasing her boyfriend with a knife. Robyn Nichols hung up and made a call to try to find out what was happening, according to the probable cause statement by police detective Brian Branley. But the next thing she heard is that her son had been shot.

Although police say Altidor had been identified as the shooter by witnesses, he reportedly told police that his actions were accounted for Aug. 12: dropping David-Lopez off at work, hanging out at a restaurant and pub in Somerville, visiting his mother’s home in Medford, and at 8:30 p.m. heading back to Watertown to pick up David-Lopez. That would keep him away from Newtowne Court at the time of the 8:41 p.m. shooting.

Altidor told police he “erased all the information on his cellphone because he was receiving so many calls about this case; he felt he was being implicated; and that if the police looked at his phone, they would see evidence of involvement with drugs,” according to the probable cause statement. But police say Sprint records show that between 8:30 and 8:37 p.m. Aug. 12, Altidor’s cellphone hit off cell towers in Cambridge, near where the shooting took place, “indicating that the cellphone was in that area at that time.”

A family member turned over a lockbox with Altidor’s .40-caliber Ruger pistol, and police say ballistics tests showed with “certainty that Altidor’s .40-caliber Ruger was the firearm that discharged the [nine] casings on Windsor street during the Nichols shooting,” Branley wrote. ‘Preliminary analysis indicates that the barrel of the gun was altered or replaced after the shooting.”

“We are very grateful to members of the community who offered information following this murder,” Ryan said. “Good results can occur when people come forward with information they believe may be relevant. Each bit of information, no matter how insignificant it may seem to someone, can help lead detectives on the path to solving a crime. Law enforcement and members of the victim’s family appreciate the kind of cooperation which we have seen in this investigation.”

Haas also had a statement:

“I am very proud of the tireless work and commitment our detectives and investigators from the District Attorney’s Office made to this case. Since this senseless tragedy took place, we received tremendous cooperation from the community and aggressively pursued piecing together all of the vital information to bring the person responsible for this tragic event to justice.”

John Hawkinson contributed to this report. The post was updated Aug. 26, 2015, to add details from a probable cause report and reflect the spelling of the suspect’s name given most recently by police.