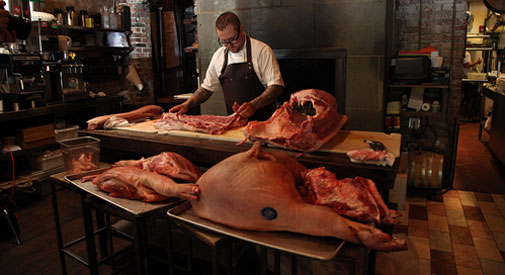 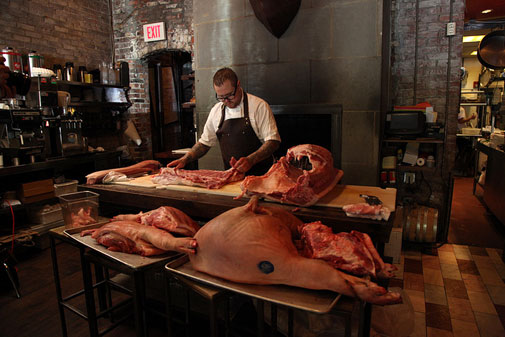 Two restaurants from big names are headed toward spring openings, including Jamie Bissonnette’s Little Donkey, coming as part of the Mass+Main construction on the outskirts of Central Square.

Bissonnette, who was granted the transfer of a liquor license Tuesday by the License Commission, said it was too early for him even to identify signature dishes for Little Donkey. The preliminary dinner menu he submitted to the commission include such things as Ox Cheek Pierogi (with mushrooms and bordelaise) for $16, Snail Fried Rice (escargot, kimchi and quail eggs) for $15, Crab Nachos (chips, pickles, Fritos and curry) for $17 and sandwiches such as Harissa BBQ Lamb Sliders and Fried Clam Torta for $14.

There will also be a raw bar with such specialties as a Percebes Cocktail for $16, Octopus Ceviche (“with stuff we really like”) for $14 and Beluga caviar (with pita, dill pollen and labne) for $60 an ounce. Charcuterie and small plates include Clam Garlic Bread for $9 and Jamon Buerre (ham and butter sandwich with nori) for $10. Deviled eggs – now seemingly required for new restaurants, and for some reason usually in odd numbers – were included, as were three vegetarian options (including fondue with crudite for $14) and three deserts (including a Thai Coffee Sundae with chicory crumble, salty peanuts and mint chantilly for $9).

It will be first location in Cambridge for Bissonnette and business partner Ken Oringer, who operate Toro in the South End (and New York), and Coppa and Clio in Boston. It will also be the first restaurant in the partnership for which Bissonnette will be co-owner, said lawyer Karen Simao, of McDermott, Quilty & Miller, who presented with the chef Tuesday before the commission.

“We were actually approached,” she said. “They were looking for a very specific team” to go in the Mass+Main complex, which includes retail and 232 units of housing with a landmark 195-foot tower. It means Little Donkey gets a brand-new, built-to-order kitchen and dining area.

“All that development going on in the area [brings] a growing public need for restaurant service,” Simao said. “I think that’s also reflected in the hours of operation. The landlord felt very strongly in its correspondence with the community that breakfast, lunch and dinner was a requirement.” The licensed hours of operation will be 8 a.m. to 1 a.m. Sundays through Wednesdays and 8 a.m. to 2 a.m. Thursdays through Saturdays, with a “very comprehensive” late-night menu offered from 11 p.m. to a half-hour before closing. 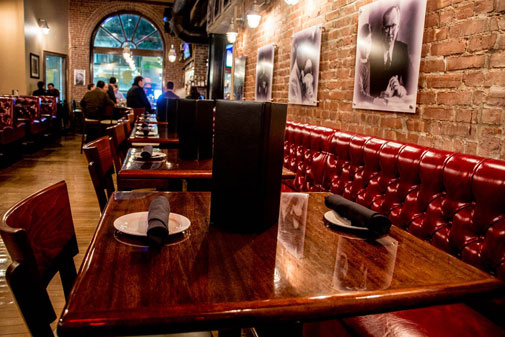 The short-lived Kennedy’s on the Square will be replaced in the spring with a seafood restaurant and oyster bar, according to The Grafton Group.

There’s also a so-far unnamed 90-seat restaurant going in at 15 Dunster St., filling space left empty with the closing of Kennedy’s on the Square, which replaced First Printer, with the latest from the Grafton Group – the group behind the square’s Grafton Street Pub & Grill, Russell House Tavern and Park and Temple Bar between Harvard and Porter squares.

Peter Lee and Patrick Lee of the Grafton Group said it would be a seafood restaurant with a small oyster bar serving lunch, dinner and brunch starting at 10 a.m. Saturdays and Sundays. They expected the location to do “significant takeout business” but had no other details to offer, and said a late spring opening was expected.

The menu submitted to the commission included mostly standards: dishes such as lobster cocktails and shrimp cocktails and a Dunster Seafood Tower (of oysters, claims, shrimp, lobster and crab), expected soups such a clam chowder and Native Lobster Bisque as well as basic sandwiches – a lobster roll, fried clam roll and burger – in addition to a Grilled Tuna “Club” (with Bibb lettuce, roasted tomato jam and pancetta). The larger meals listed included a Broiled Cape Bluefish (Dijon, herbed crumbs and roasted farm vegetables) and a grilled, bone-in sirloin. The menu didn’t include prices.

While one Lee brother said the restaurant was expected to open in spring, the other corrected: “Late spring.”