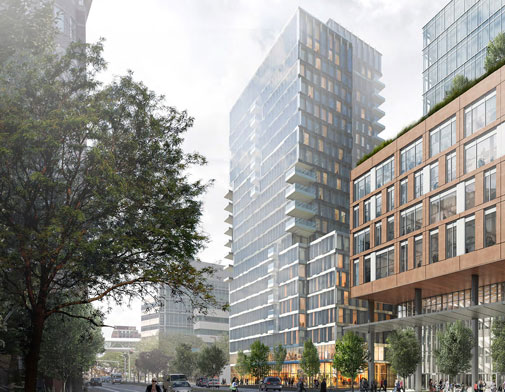 The addition of 1 million square feet of development and 560 units of housing to Kendall Square came Monday with a last-minute deal between the City Council and developer to make 20 percent of the new housing units available for ownership, rather than rental.

The sponsors of the MXD zoning petition, the Cambridge Redevelopment Authority and developer Boston Properties, agreed last week to increase the amount of subsidized housing in the zoning. On Dec. 16, the authority voted to require that 20 percent of floor area be devoted to low- and moderate-income affordable housing, and 5 percent middle-income, a concession pushed for by city councillor Marc McGovern. Previously the numbers were 15 and 3 percent; elsewhere in the city the accounting is by unit, not by floor area, and approximately 11.5 percent is required for low and moderate-income housing, with no middle-income requirement. 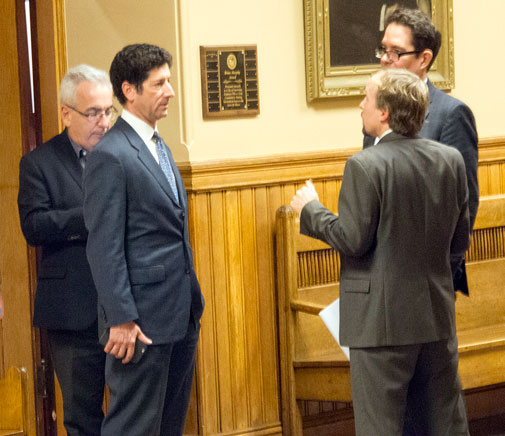 During debate Monday, Mayor David Maher asked Boston Properties for a homeownership pledge, resulting in a signed letter of commitment about two hours later. Company representatives and city and CRA staff worked outside the council chamber to produce the agreement. The council accepted it and adopted the zoning by a vote of 7-2.

Councillors Craig Kelley and Tim Toomey were the no votes, with Kelley expressing skepticism the commitment would “lead to any kind of community down the line.”

Toomey said he felt not enough consideration was being given to the “overwhelming” amount of square footage coming to Kendall Square with the addition of development coming from the Massachusetts Institute of Technology and potential for change at the 14-acre Volpe site across from Boston Properties land.

“Recently 50,000 square feet of development [in Central Square] was treated like the end of the world, and now 1 million square feet is to be dropped on Kendall Square and everything is fine and dandy,” said Toomey, calling the development rights a “gift” to Boston Properties.

The zoning was adopted over the objection of neighborhood groups such as the East Cambridge Planning Team, which opposed the increase in zoning out of shared concern for the combined impacts of the already-passed MIT upzoning and the upcoming Volpe zoning. The citizens group also felt it did not have sufficient time to comment on the process, though the Redevelopment Authority noted it had been the subject of 40 public meetings.

With 560 units of housing, the percentages break down to about 112 units of low- and moderate-income housing and 28 units of middle-income housing, though the requirement is for square footage, so smaller units may be combined to allow for more family housing. Similarly, about 112 of the 560 will be available for ownership rather than rental, though again the actual measurement is in square footage.