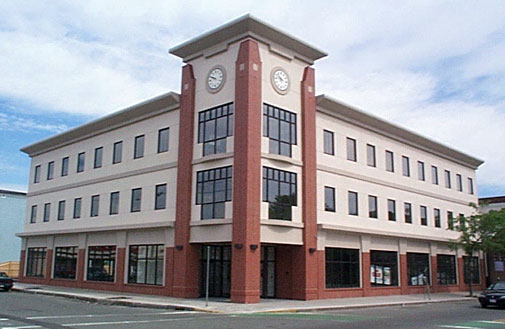 Current budget predicts a loss of $4.8 million, lower than in past
By Sue Reinert

New doctors’ offices on Broadway in Revere were late opening because of construction delays, as were offices in Everett, Cambridge Health Alliance said. (Photo: Loopnet)

The Cambridge Health Alliance is contending with a familiar problem: Fewer patients than expected are seeing its doctors and using its hospitals. Because of the stubborn trend, the Alliance expects to change its financial expectations for this fiscal year, which ends June 30.

The health care system, the state’s second-largest provider of care to poor and uninsured people, has a plan to achieve financial stability after years of losses, in part by expanding primary care in the northern suburbs and attracting more patients to its specialists and its inpatient hospitals: Cambridge Hospital and Whidden Memorial Hospital in Everett.

Reality fell short of projections for the first five months of this fiscal year, ending Nov. 30, according to the alliance’s most recent performance report.

During that period, 4,468 patients were in the hospital, 9 percent fewer than anticipated in this year’s budget. The total also was less than the number in the same period last year: 4,935.

The number of visits to doctors’ offices – 289,743 – also lagged projections, by 2 percent. Still, there were more visits than last year during the same period, the report said.

As it tries to increase the number of patients admitted to the hospital, the Alliance faces a quandary. Doctors today are dedicated to providing the kind of preventive care that keeps people healthy – so they don’t need to go to the hospital.

“There’s probably going to be more decline [in hospital admissions] as we build more systems to keep patients out of the hospital,” Alliance chief medical officer Dr. Assaad Sayah told trustees at a Dec. 22 meeting of the CHA board’s finance committee.

The solution? Increase the number of patients overall by expanding primary care, Alliance spokesman David Cecere said in an email. And persuade patients to use Alliance specialists and hospitals. “We are currently studying the reasons why our patients obtain care elsewhere which could have been provided as effectively at one of our hospitals, and we will work to remove any barriers to providing that care ourselves in the future,” Cecere said.

In 2014 the Alliance adopted productivity standards for primary care doctors, but managers are now relaxing the requirements. “Over the last few months we decided to slow it down,” Sayah said, speaking in response to trustees’ questions about doctors leaving.

Cecere said the requirements “were not changed, [but] we decided to put less focus on them and allow providers time to rethink their workflows.” The policy change “has limited our ability to expand weekend and evening hours as originally planned,” he said, but current expanded hours are still in place.