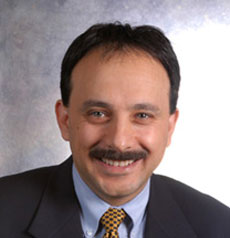 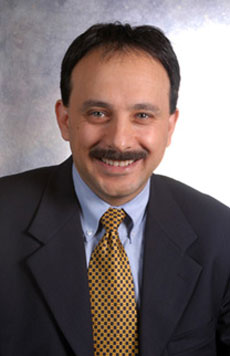 Cambridge Health Alliance, a major health care resource for poor and uninsured patients, now projects it will lose far more money this year than expected: $28.1 million. The original estimate, made in July, was $19.3 million.

If the new projection is correct, the loss would be the highest since at least 2009, when the Alliance lost $25.3 million.

Officials revamped the forecast in March after continued monthly reports of deeper losses and lower patient volume than projected.

The Alliance provided details of the new estimate after a request from Cambridge Day. Trustees saw the figures in a private session March 4, but its existence became known when some trustees mentioned a “reforecast” at public meetings and some details in public reports referred to it.

The Alliance, which in addition to the former Cambridge City Hospital includes Somerville Hospital, Whidden Memorial Hospital in Everett and 15 primary care offices, has struggled to earn a profit on medical operations since Massachusetts health reform reduced its state revenues for the uninsured. For several years, profits from its successful Medicaid managed care insurer, Network Health Plan, more than made up the difference.

But the Alliance didn’t have a big enough reserve to keep Network Health and sold it to Tufts Health Plan in 2011.

The Alliance is the state’s second-largest provider of care to low-income and uninsured patients, after Boston Medical Center.

Last year the Alliance hired Washington, D.C.-based FTI Consulting to recommend ways to increase revenues and reduce costs. The original budget for this year included $17 million in expected FTI savings that had not been specified when the budget was adopted. The new estimate assumes that none of the $17 million savings will be realized.

Officials have launched several other efforts to save money and increase the number of patients seeing Alliance doctors. Last month it was learned that the Alliance will close its separate Psychiatric Emergency Service and see all psychiatric patients who need emergency care in the main ER. The change will eliminate five psychiatric nurse jobs and three counselor positions and save $1 million.

A psychiatrist at the Alliance said he would resign over the change, and families of people who used the psychiatric service, advocates and the nurses union said the change would hurt patients and endanger staff. Cambridge city councillors voted to ask the hospital to reverse the decision.

Alliance spokesman David Cecere said the change would improve care and staffing would be adequate and safe. About half of the 5,000 psychiatric emergency visits yearly already went to the main ER, he said.

In another move, the Alliance said it’s revamping the way workers handle appointments to make it easier for patients to see doctors quickly.

Sayah said the effort began nine months ago with “discussions”  and progressed in the past three months to the point where managers at each of the Alliance’s primary care practices got productivity figures for each physician in the practice.

The productivity measurements use a formula taking into account a doctor’s time, effort and skill for each treatment he or she provides. The measures, called “work relative value units,” are assigned to each type of patient visit and were developed to set Medicare payments to doctors.

After medical directors at each clinic got figures for individual physicians, “the task  was to review the data and meet with the providers who have an opportunity for improvement,” Sayah said.  Most doctors already exceed the goals, he said. He emphasized that the reason for a doctor’s falling short often lies with systemic problems such of lack of space, rather than with the clinician. Patients not showing up or coming late could also play a part, Sayah said.

“How can we allocate resources for the provider to be successful?” he said. If patient no-shows are part of the problem, “maybe we can strategically overbook.”

“You work together on all the factors to maximize the environment for improvement,” Sayah said.

Asked what would happen if a doctor doesn’t meet the goal, Sayah said: “Each situation is different. We’re talking about a human and a professional. You have to be very respectful.”

Among doctors, “everybody is a Type A personality” who wants to succeed, without being prodded, he said.

The productivity goals apply only to the Alliance’s 80 primary care doctors. Sayah said he did not have “enough data to tell you about specialists.” As for mental health providers, “we are not focusing on psychiatrists at this time,” he said.

Sayah, who became chief medical officer in December, said the program “has to do with new leadership.” Sayah headed emergency services for the three Alliance hospitals from 2006 to last year, and instituted a similar data-based program there, he said. Waiting times for patients as well as time spent in the ER have dropped sharply, and CHA performance exceeds most other hospitals in the state.

“I think it is important for the public to know that we are working very hard to make sure that we are good stewards of the public money and we are providing good care to the community,” he said.