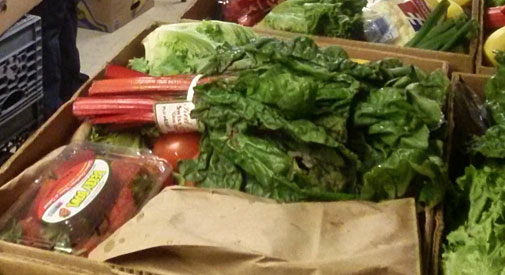 Surplus food happens. It’s what we do with it that affects our environment, community and economy.

Food waste and food insecurity are both challenges in our society, whereas they could in fact, together, form a solution. According to the Natural Resources Defense Council, more than 40 percent of all food produced in the United States goes to waste. That same produce could be supplying the emergency food system. Instead, it’s decomposing in landfills and producing methane gas – a leading cause of climate change.

Some food for thought: Diminishing discarded food by just 15 percent would generate enough food to feed more than 25 million Americans every year.

Hunger in America is not so much a lack of access to food; it’s a lack of access to nutrition. Compare the cost of fresh broccoli or a few peaches to macaroni and cheese or potato chips. They’re more expensive. Low-income and food insecure families unable to afford fresh fruits and vegetables instead rely processed foods as staples, which are typically lower in cost and nutrition and higher in fat, sugar and sodium. Consuming these items ultimately leads to health issues such as obesity, diabetes and heart disease.

How did we get here? On a retail level, consumers expect to be able to buy any type of fruit or vegetable year-round, regardless of season, and they want it to last in their fridge for at least a week. And no one wants the last apple; they want to pick from a bountiful supply. Supermarkets require beautiful and fully stocked shelves to maintain customer loyalty, often tossing ugly or bruised produce before it gets through the door. This leads to grocers overbuying, overstocking and ultimately pulling items before they need to be discarded. (Move over, two-day-old lettuce.)

This also happens in dining halls nationwide. Imagine paying $65,000 a year for college tuition only to head to the dining hall to find one small scoop of potatoes left. Much like at your own Thanksgiving dinner, the catering staff works to ensure there is plenty for everyone until the very end of dining hours.

Surplus food is not a problem by itself. It is only a problem when it becomes waste. After all, this isn’t garbage – it’s nutritious, life-sustaining food. Surplus food can in fact provide a solution to the many struggling with food insecurity but there needs to be education and collaboration on all levels.

Individuals and families need to shop smarter and smaller, cook creatively and reuse leftovers. Consumers also need to understand that “sell-by and best-buy dates” (known to insiders as “the dating game”) are not federally regulated and are not an indication that food is spoiled or unsafe to eat. Look at your food, smell it, and taste it before tossing it.

The community also needs to put pressure on their local markets and encourage institutions and super or smaller markets to donate their surplus food. Ask your school cafeteria or market: What is happening to the excess food? If it isn’t going to feed hungry people in the community, why isn’t it?

The Good Samaritan Food Donation Act covers all businesses and intuitions donating food from a legal liability standpoint; and in addition to helping one’s community, tax breaks are available for for-profit businesses. 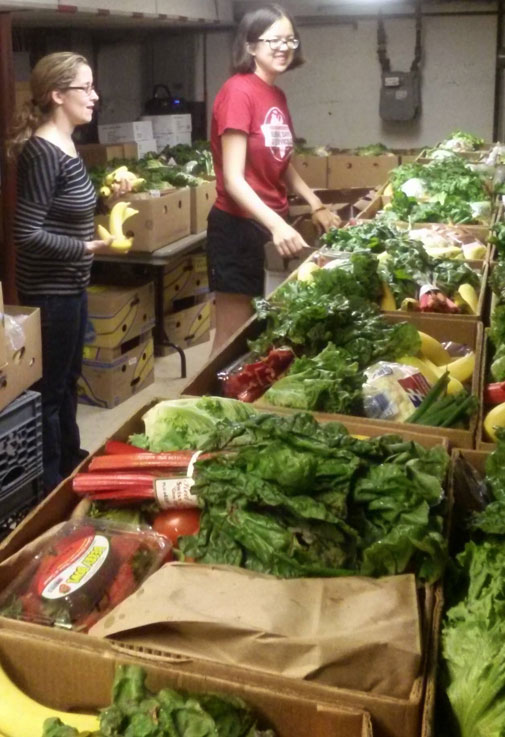 Food donation could also be the solution for many businesses and organizations as they change operations to comply with Massachusetts’ commercial waste disposal ban, which prohibits institutions from disposing of more than a ton of organic waste per week.

Food rescue organizations exist to partner with the community and take the guesswork and logistics out of how to donate surplus food and get it into the hands of those who need it. A few progressive businesses already leading the charge in this effort locally include Whole Foods Market, Trader Joe’s, Harvard University, the Massachusetts Institute of Technology and Bon Appétit. In the past year alone, these businesses partnered with local food rescue organization Food For Free to divert nearly 2 million pounds of food from the waste stream to feed more than 25,000 people across Greater Boston.

It’s a model that works, and can continue to work. Together we can bridge the gap between waste and want.

Sasha Purpura is executive director of Food For Free, a nonprofit founded in 1981 and based on Inman Street.