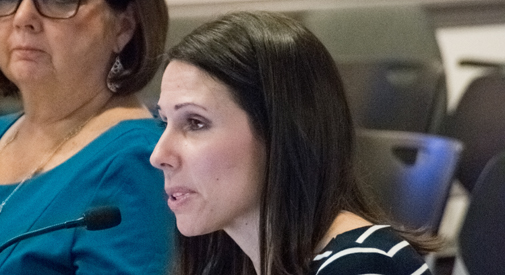 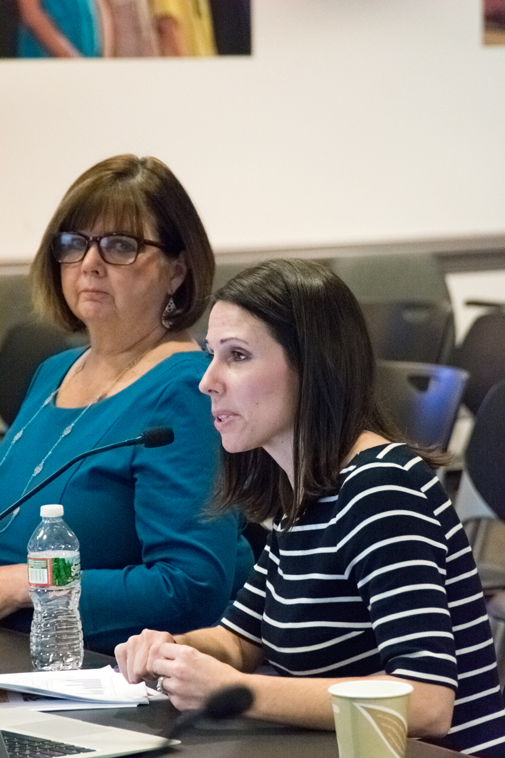 At its first meeting since passing a budget April 5, the School Committee had trouble getting through the agenda before going into a closed-door meeting scheduled for an hour after the regular meeting’s start. Even with pushing the executive meeting to discuss two staff collective bargaining grievances back a half-hour, members calendared items needing more discussion, including ones on charter schools, district-level positions and opting out of PARCC standardized tests.

Member Richard Harding calendared, though without offering a reason, a motion by members Patty Nolan and Emily Dexter to ask the superintendent to relay to school principals and staff a January statement by state Department of Elementary and Secondary Education Commissioner Mitchell Chester that “principals and test proctors handle [PARCC testing] refusals with sensitivity. Students should not be pressured to take the test, nor should they be punished for not taking the test.”

Cambridge students in grades three through eight and tenth grade began the testing in April, but some families are choosing to “opt out” of taking the assessments, joining a national movement either to protest them on principle or for their own child’s needs.

The Dec. 15 decision by the committee to approve Cambridge schools switching to PARCC for the current spring, instead of sticking with the final year of the MCAS standardized test, surprised many because of members’ previous stance supporting teacher requests for a “pause.” Members who voted for the switch pointed to a commitment from Chester to “hold harmless” those schools opting to take PARCC for the first time this spring, meaning school and district accountability levels could not be dropped, but could be improved.

Two weeks ago principals and families were surprised to hear from then assistant superintendent for curriculum Jessica Huizenga that “hold harmless” would not apply to test participation rates – that is, if 10 percent of students opt out, schools can drop a level in accountability regardless of their assessment performance; a 5 percent opt-out rate will keep from them becoming a top, Level 1 school. Administrators, principals and staff are under tremendous pressure to maintain a Level 1 or 2 status, and a Level 3 or lower can result in anything from a poor reputation to being taken into receivership. (Huizenga starts this week as receiver of the Southbridge public schools, a Level 5 district.) Chester released in a weekly update April 29, several days after PARCC testing had begun, a “clarification” that participation rates were not covered by the “hold harmless” policy.

As Harding calendared the motion, Dexter interjected that the motion was “time-sensitive,” given that testing was underway. Mayor E. Denise Simmons, however, reminded her that once calendared, discussion ends.

Nolan tabled a joint resolution by members Fred Fantini and Kathleen Kelly that the committee “go on record in opposition to raising the [state] cap on charter schools,” saying she wanted more time for discussion than allowed by Tuesday’s rush to wrap up the regular meeting. The resolution says charter schools “have created a two-tiered educational system that draws resources away from the broad group of public school students to serve a narrow, select few,” and notes opposition to charter school expansion from many education organizations, including teachers’ unions.

The resolution brought Rindge Avenue Upper School parent Bliss Austin Spooner to the microphone during public comment. Spooner, a Cambridge Public Schools alum, said she is disturbed by her recent research into the city’s charter schools, where she found campuses “highly segregated by race,” rapid teacher and student turnover, “paltry curriculum options” and a “stunning gap between very high MCAS and PARCC scores and very low SAT, ACT and advanced placement scores,” which made her question the schools’ notion of college preparedness. She urged committee members to “look more closely” at the charter schools to make sure all Cambridge students get the quality education she said her children get in the public schools.

Nolan also calendared a motion by Dexter that generated a lot of discussion – that when district-level positions become open through such things as retirement or resignation, the administration inform the School Committee and consult with members about plans for the position.

Dexter called it simply an extension of existing policies that only the committee can create or eliminate positions, and that contracts over $25,000 need committee approval. But review of positions is happening only within the context of the annual budget discussions, and “open positions are opportunities for communication between the administration and the public via the School Committee about how we staff our district and why,” she said. “This is not about mistrust of the administration. It’s really about how do we invite in the public to bring new perspectives.”

Harding didn’t fully buy that argument, calling the motion “micromanaging,” although he did acknowledge that “we have certainly been in places where not everyone [between the committee and administration] were on the same wavelength.”

But he and others seemed most concerned about timing, given the start of new superintendent Kenneth Salim this July, with Fantini worried about “the relationship [Salim] wants to create with this committee and the relationship we want to create with him.” Exiting Superintendent Jeffrey Young added that Salim has been involved in decision-making for filling current open positions, including a district-level math coordinator (unfilled for two years), assistant superintendent for curriculum (vacant with this week’s departure of Huizenga) and upper school principals due to resignations (at the Rindge Avenue and Vassal Lane upper schools).

In calendaring the motion, Nolan noted that she had been “stunned” to learn this year through a parent interest group that the academic challenge position the committee was responsible for creating had been cut to part-time when the staff member, Paula Feynman, took up graduate studies. Nolan reiterated that she felt this motion was about communication, and said she was tabling the motion “to make it work.” Simmons, saying she understood “the spirit of the motion,” suggested to Dexter that while the motion is calendared she “may want to better vet it and rework it.”

In public comment, Cambridge Rindge and Latin School senior Klara Ingersoll read a letter addressed to Principal Damon Smith about sexual harassment in the high school, signed by more than 460 students during a walk-out she helped stage April 12. Nolan and Fantini had filed a motion for the committee to “go on record supporting the students and ask[ing] for an update on the administration’s response to the student letter.”

“On the heels of the walkout, Principal Smith has been on this,” Young said, pointing to Smith’s authorization of a joint student and staff committee to address issues raised in the letter, discussion of the letter in a staff meeting, and plans to talk “in more detail with some of the student leaders.”

At this, Fantini gave edits to the motion he co-wrote to make it “friendlier.” Member Manikka Bowman added a deadline of June 30 for the administrative update, and the doubly amended motion passed unanimously.

Ingersoll said afterward that her major concern is that the issues don’t linger in a subcommittee, and that they continue to get front-burner attention.

In public comment, Sam Matson, a teacher at the high school Extension Program, a non-traditional program for students who have struggled elsewhere, pleaded for a louder “teacher voice” in school policymaking. “I have become frustrated by the lack of response of those in the administration when expressing concerns, suggestions or solutions. It does seem as if we are speaking in a vacuum,” he said.

Student committee member Griffin Andres reported on a Cambridge Youth Council-led summit about achievement gaps, with several resulting suggestions, among them family nights for parents and children speaking English as a second language; translated course catalogs; better definition of expectations for “college prep” and advanced placement classes; and improved cultural competency training for staff. Simmons showed marked interest, and asked that Anders provide a written report, perhaps to be taken up in a subcommittee. (Harding asked Young whether there were decisions on the long-talked about renaming of “college prep” classes, which are less advanced and have been criticized as not leading students to college. Deputy Superintendent Carolyn Turk said there was “no final answer at this point.”)

Passed unanimously were a motion by Nolan and Harding for the committee to go on record supporting the creation of a state’s Seal of Biliteracy for eligible students; $87,000 for phonics and Chinese curriculum materials; an $80,000 contract for neuropsychological evaluations (with Kelly abstaining); a $155,000 increase in two contracts for produce and groceries (although total food expenditures are unchanged); approval of a collective bargaining agreement for paraprofessionals; acceptance of $29,000 in gifts and grants for a summer math program; a $400,000 grant for staffing a new teachers’ induction and mentoring program; and a letter of congratulations to student Paul Sullivan for placing first in the Massachusetts State History Day Contest’s individual historical papers category.

This post was updated May 9, 2016, to fix the spelling of teacher Sam Matson’s name.