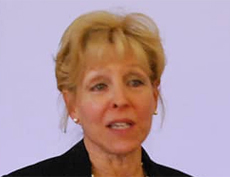 A Dorchester man has been charged with a gunfire incident after an argument at a Central Square nightclub.

Dwan Knight, 24, was arraigned and charged this week with carrying a firearm without a license – a second offense – and a firearm violation, and Judge Roanne Sragow set bail at $15,000 cash and ordered him held because of an unrelated open probation warrant.

There were no reported injuries or victims from the May 15 incident, which took place around 2:14 a.m. in the public Lot 6 between Massachusetts Avenue and Bishop Allen Drive near such hotspots as The Phoenix Landing, The Middle East and Monroe. A conflict that began brewing inside a nightclub boiled over just as disgorged crowds went to to find their cars and head home, police said.

“The defendant allegedly opened fire in a public space, which could have resulted in serious harm to members of the public, “ District Attorney Marian Ryan said. “Fortunately no one was injured.”

There were no reported injuries or victims, but police canvassed the area and recovered two firearms and 13 shell casings. Authorities say evidence discovered from one of the vehicles parked in Lot 6 at the time was used during the investigation, which was aided by Boston police.

“As a result of the due diligence showcased by our officers the night of the shootings and throughout the follow-up investigation, we were able to quickly apprehend this suspect,” acting Cambridge Police Commissioner Chris Burke said. “While we continue to investigate this incident, this is an important arrest. We will not stand for this type of behavior in our community.”

The next scheduled hearing in this case is Thursday, June 23.