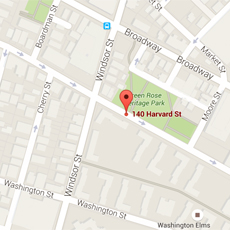 Police are investigating the early Saturday shooting death of Anthony Clay, 49, of Cambridge.

Police responded to a report of a shooting outside 140 Harvard St. at 12:16 a.m., and found Clay suffering from a gunshot wound. He was taken to Massachusetts General Hospital, where he was pronounced dead, according to the offices of Middlesex County District Attorney Marian Ryan and Cambridge’s acting police commissioner, Christopher Burke.

“Our thoughts and prayers go out to his family,” said Cambridge Black Pastors Alliance via Facebook. Clay had a wife and two children.

The address is for Green Rose Heritage Park in the Area IV/Port neighborhood, near Kendall Square. He was there visiting friends who lived in the Washington Elms housing complex there for an evening of eating and drinking when he was felled by a single gunshot, Ryan said. He was walking across the sidewalk with a friend when he was shot.

Ryan released few details at a 6 p.m. Saturday press conference at the Cambridge police station, with some information held back – including where on Clay’s body the bullet entered – and some unknown. She asked witnesses to come forward, believing there to be people with more information who were visiting the housing complex or out enjoying the evening.

“We believe there are folks … out relatively early last night on a beautiful evening, or, as I said, 140 Harvard St. is an apartment complex, and there may have been residents or visitors to that apartment complex who may have seen something. We are asking them to come forward and let us know what they may have witnessed,” Ryan said.

The most recent shooting in Cambridge came June 12, as nightclubs let out in Central Square. But that resulted in only a minor injury; the most recent fatal shooting was March 22, outside Mount Auburn Hospital, when Belmont’s Armando Hernandez Jr., 30, died in a double shooting police believed to be targeted.

The death is being investigated by the Cambridge Police Department and Massachusetts State Police assigned to the Middlesex District Attorney’s Office.