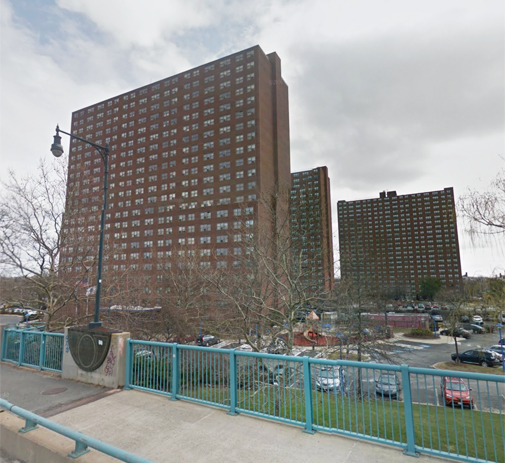 A waiting list for coveted rent assistance subsidies reopens Oct. 3 after more than eight years closed to applicants. And, for the first time, low-income families and individuals will be able to apply online. But there won’t be many certificates to hand out, a Cambridge Housing Authority official cautioned when announcing the moves last week.

“There is no pool of vouchers to give out, and while it is very likely that we could accept thousands of applications in the next couple of months, vouchers can only be issued as current households exit the program,” CHA Deputy Executive Director Michael Johnston said in a message Aug. 19 to city councillors and City Manager Richard C. Rossi.

In addition, during October, the authority will place applicants on the list randomly, by lottery, instead of by the date they apply, though starting Nov. 1 it will be first-come, first-served, Johnston said. In both cases, applicants who live or work in Cambridge or who are veterans will get priority, and the lottery will be weighted by those preferences.

The vouchers, known as Section 8 certificates, help poor tenants by allowing them to lease private apartments while paying 30 percent of their income as rent. The federal government pays the rest of the rent up to a maximum set by the authority. The supply of vouchers has dwindled because the government, backed by lawmakers, has cut funding in the past several decades.

The housing authority closed the wait list June 27, 2008, when there were 6,136 applicants, according to a memorandum presented to agency commissioners at their Aug. 17 meeting. None remain, Johnston said, although that doesn’t mean every applicant got vouchers during the eight years – some gave up or moved away.

The agency has an obligation to landlords to maintain waiting lists, despite the lack of vouchers, Johnston said.

Another reason to reopen the waiting list is to gauge the need for affordable housing in Cambridge, officials said. Even with vouchers, it has become increasingly difficult for low-income tenants to find housing here because skyrocketing rents are higher than the maximum rent that Section 8 will subsidize. In recent years many families with vouchers have rented outside Cambridge, although that trend has stabilized.

The agency’s experience with Section 8 has also illuminated another limitation of the program in Cambridge – it doesn’t appear to be much help to low-income elderly residents. A report last week on a related CHA program showed that elderly applicants for public housing had less interest in or ability to take advantage of Section 8 vouchers, Johnston said.

In March 2015 the authority set aside 250 Section 8 certificates for public housing applicants who were frozen on the waiting list because the agency needed to save vacant apartments for residents relocated from housing being rehabilitated as part of a huge citywide preservation program.

Officials planned to offer 28 vouchers to non-elderly disabled applicants, 72 to the elderly and 150 to families on the waiting list. Only 73 percent of the elderly were interested in a voucher – the lowest response of any segment on the list, which showed other groups’ interest in the high 80s or low 90s – and many of these dropped out or just didn’t show up for screening, Johnston reported to commissioners.

Of elderly or younger disabled applicants, those who got a voucher “did very little in the way of a housing search” and “many” didn’t have the skills or mobility to look for an apartment outside of already subsidized housing or apartments that were required to be set aside for low- and moderate-income residents in luxury buildings.

CHA doesn’t need to hold vacant units in elderly/disabled developments for now and will start placing elderly or disabled public housing applicants on the waiting list in apartments around Sept. 1, he said. The agency now expects to hand out more of the Section 8 vouchers to families than officials had expected.

Besides reopening the Section 8 wait list, the authority is making two big changes in the way families and individuals can apply for the rent subsidies. One is to establish online applications on the agency’s website, allowing applicants to have a record of when they submitted their Section 8 bids and to keep track of their status. The other is to centralize and separate the system for applying for Section 8 certificates that cover units in specific buildings. These subsidies, known as project-based vouchers, are attached to an apartment, not a tenant.

There are about 1,000 housing units in Cambridge with project-based vouchers, in buildings such as 808 Memorial Drive in Cambridgeport, 411 Franklin St. near Central Square, and 402 Rindge Ave. in North Cambridge.

Previously there was one Section 8 wait list and people who rose to the top of the list were offered “mobile” vouchers that could be used with any landlord, or project-based vouchers. That “seemed to cause a lot of confusion for both the owners and the applicants,” Johnston said in his message to councillors.

Families and individuals could also “circumvent the wait list” by applying directly for a project-based voucher to the nonprofit agency operating the building, such as Just-A-Start or Homeowners Rehab, the memo to commissioners said.

Under the new system, people must apply at CHA, and they can seek units at specific buildings or groups of buildings, covering landlords with 10 or more project-based vouchers.

If they do so they will be placed on wait lists for those buildings or groups of buildings. The authority will set up a dozen of these “site-based waiting lists,” some covering just one building and others including units in as many as 14 locations.

Tenants will get information on the average wait time for an apartment for each list. A summary provided to councillors indicated times ranging from six to 18 months for two groups of buildings managed by Just-A-Start, and up to five years for a unit at 402 Rindge Ave.

This system will “increase transparency in the application and selection process,” the memo said.

But people on the site-based waiting lists for more than one building won’t be able to choose which location they want, and they will be removed from that list if they turn down an offer.

The agency invited three tenant advocacy groups, including the Alliance of Cambridge Tenants, to discuss the changes beforehand, and two met with the agency, Johnston said.

Cheryl-Ann Pizza-Zeoli, voucher co-chairwoman for the Alliance of Cambridge Tenants, which represents public housing and Section 8 tenants, said the Alliance board hasn’t met this summer to formulate an official reaction to the changes, but discussions have been going on since 2015.

“I think that applicants will have more information and greater control over their housing choices,” she said. Outreach by CHA about the online application and site-based waiting lists, including training for agencies that help low-income people find housing and drop-in sessions for applicants around the city in October, “is critical,” Pizza-Zeoli said, but one concern is how changes will affect people whose first language isn’t English. Another important issue is “what CHA is doing to help people use their vouchers,” she said.

“From my perspective, it’s a big deal that the wait list is opening,” even with few if any vouchers available, she said. “A wait list can be seen as a measure of unmet housing needs. How many pre-applications will CHA receive in a month? Will people believe that it’s worth trying?”

Two city councillors, Jan Devereux and Nadeem Mazen, said they didn’t have enough information yet to comment on the changes. Councillor Leland Chung said: “I’m glad they’re reopening the list, but the demand still far outstrips what we have available. We need more support from the state and federal government on making housing more affordable in Cambridge.” Other councillors did not respond to a request for comment.