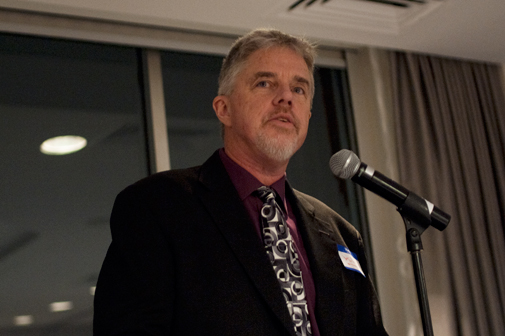 Michael J. Johnston, deputy executive director of the Cambridge Housing Authority since 2008, has been promoted to lead the agency starting Feb. 6.

Johnston has worked at the Cambridge agency since June 1991 and has served as deputy executive director since 2008. Among other accomplishments, he is credited with expanding the agency’s reach in managing privately owned affordable housing projects that faced the end of subsidies when their federally backed mortgages expired.

The program, known as expiring-use preservation, saves the units for low- and moderate-income tenants using Section 8 rent assistance certificates from the federal government. It began in 2011 focused on Cambridge buildings, but has expanded throughout the region. The Cambridge authority expected to end last year with a total of 1,173 units under its purview outside of Cambridge and 493 units in Cambridge, according to its annual report. The buildings outside the city are as far away as Worcester and include developments in Boston, Lynn and Southbridge.

The agency planned to add 742 units to the program last year, compared with 146 in 2014. Owners of the buildings pay fees to the authority, a reliable source of income especially when the Trump administration’s stance on low-income housing is uncertain.

Johnston will be paid a base salary of $175,000 and can earn more based on annual performance reviews. His contract is for three years, with two one-year extensions possible.

Russ is leaving before his three-year contract expires at the end of this year. His family had moved to Minneapolis earlier. Russ had served as executive director since 2004. His salary was $189,000 last year and was to have risen to $198,000 this year.

Russ oversaw the effort to modernize the city’s aging public housing developments to preserve them as low-income housing. The authority is redeveloping its housing under the Rental Assistance Demonstration program. Federal support for public housing has steadily shrunk, and RAD depends on housing authorities tapping into private investment. Because of that, Cambridge public housing units have been transferred – on paper – to private, nonprofit corporations under the control of the agency.

The agency has begun the first phase of RAD with $153 million in construction. The second phase was to start this year, but funding is uncertain because of higher-than-expected construction costs and deterioration, as well as state bonding problems. One of the second-phase projects, Russell Apartments at Porter Square, could begin late this year, though, because the state is willing to approve bonds for the project, Planning and Development director Margaret Moran told agency commissioners at a board meeting Wednesday.