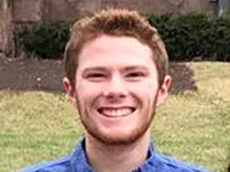 A quick visit to the Cambridge Department of Public Works will bring you up to date on problems not yet solved; an interested citizen can see every unfilled pothole, icy street and unshoveled sidewalk in the city.

It would be next to impossible to get data like this from the School Department, and while curriculum is far more complex than curb cuts, measuring results in the schools is no less important than documenting progress and problems in any other area of city government.

The proposed public schools budget for the 2018 fiscal year contains the School Committee’s admirable request for the high school: that the superintendent fund it, the Rindge School of Technical Arts and High School Extension Program “in ways that build the academic, social and extracurricular excellence we have come to expect.” The committee is right to expect excellence in opportunity from the high school programs, but until it looks more rigorously at how that opportunity is distributed throughout the student body it will be very difficult for students, teachers, families and decision-makers to evaluate any efforts toward equity that the district makes.

In their first meeting of 2017, the committee had the opportunity to request data on the impact of race on student participation in extracurricular activities by supporting a motion by member Emily Dexter. Inequality and segregation at CRLS doesn’t end in the classroom, and for a school with no racial majority, these data are critically important to evaluating the scope of the problem of segregation in student life.

As Cambridge Day reported, the committee chose to assign the project to the high school student government. Student activism and ownership over education can and should drive public policy, but students have obligations outside of school that make relying on them to produce professional data analysis a risky proposition.

Almost three months after this meeting, the data still have not been reported, and several student government members reported having heard no timeline for the project. Excessive data analysis can certainly be a waste of time, but Superintendent Kenneth Salim estimated that gathering and processing extracurricular data would take roughly one day of time for a professional staffer.

This lapse is particularly troubling for a district that also publishes virtually no data on the racial composition of tracked classes within its schools or the chance that a student who starts in one track will ever take classes in a different one. Documenting the opportunity gap is a precondition for closing it.

The committee’s push for excellence for everyone at the high school level sets a standard for inclusion for other city agencies and districts in Massachusetts, but the district’s lack of seriousness about generating and evaluating results imperils the entire project.