Police have suspect in series of break-ins, say they found stolen items in his home 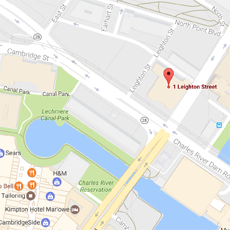 Police have suspect in series of break-ins, say they found stolen items in his home

A Cambridge resident has been arrested in connection with a series of unarmed burglaries, police said Monday.

Pringgo Husin, 24, was arrested Sunday on charges of unarmed burglary after police served an arrest warrant at his Leighton Street home in the NorthPoint neighborhood, finding items believed to be taken in several residential break-ins.

One occurred at a Leighton Street apartment Wednesday, when a woman was home in her bedroom late at night and heard an unknown person open her bedroom door. When she screamed, the person fled from the apartment. Video surveillance of the break-in is believed to show Husin, police said, and he is a suspect in another breaking and entering April 27 in the same building that was captured on video.

“An emerging pattern” of housebreaks in the Riverside and Mid-Cambridge neighborhoods, where police reported eight incidents between March 21 and early April, also included several when residents are all but certain to be home and sleeping. This arrest is not believed to be related to those incidents, though, said Jeremy Warnick, director of communications and media relations for Cambridge police. This series was concentrated in the vicinity of the Leighton Street area.

“It certainly could be more dangerous for all involved parties if a break-in were to occur while a resident is at home,” Warnick said. “In this particular case, it appears the primary motive was the ease of accessing targeted items” via unlocked doors.

After being taken into custody, Husin acknowledged entering a number of Cambridge apartments over the last two years without residents’ knowledge or consent. He was expected to be arraigned Monday in Cambridge District Court.