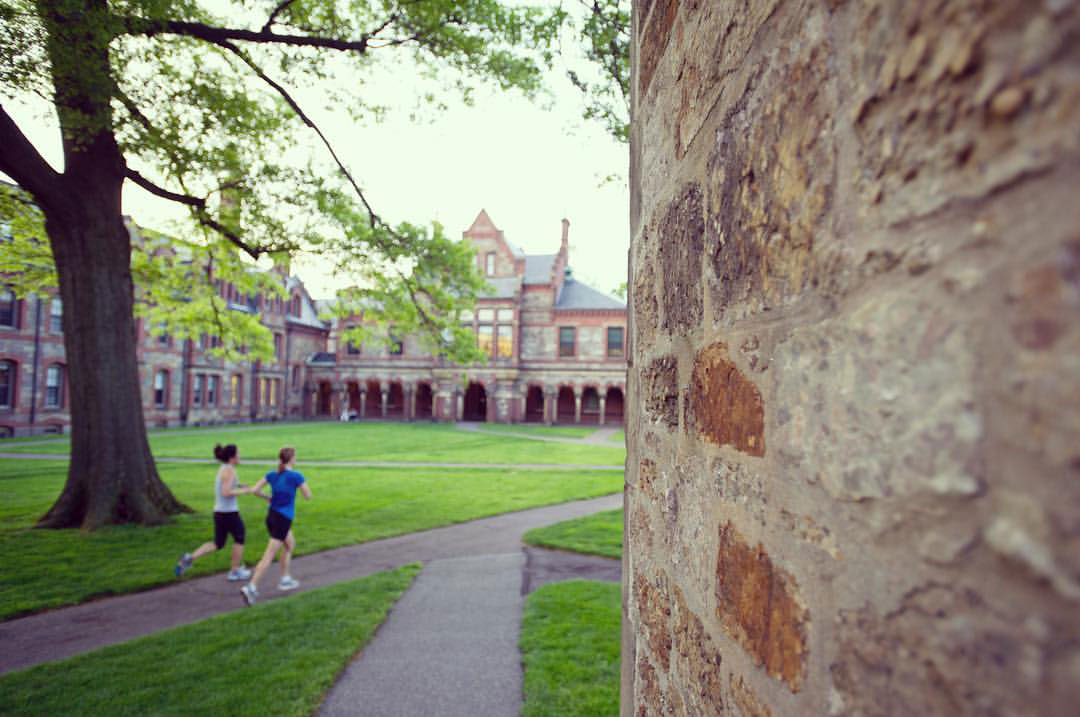 The Episcopal Divinity School encompasses eight acres near Harvard Square, but not everything there is the school’s to sell. (Photo: Ken Kotch)

There was a lot of excitement Monday over the idea of buying the eight-acre Episcopal Divinity School near Harvard Square and turning it into “critically needed affordable housing units, including single-occupancy spaces and middle-income housing, particularly housing for eligible Cambridge residents, families, starter apartments for young adults, veterans, homeless and seniors who have been displaced.”

But most people commenting on the idea – including the city councillor who wrote the proposal – seemed unaware there was a lot more to the idea than just negotiating a price with the school, which is leaving for New York City and plans to use sale money to fund its endowment.

The divinity school has a partnership with Lesley University dating back to 2008 that included several structures governed by a condominium agreement.

“We own the property in common with EDS,” Lesley spokeswoman Amanda McGregor said Monday. “It’s an important part of Lesley’s campus, and we have no plans to sell.”

“We look forward to working with EDS during their transition,” McGregor said.

There are difficulties even among the property the city could buy outright from the departing divinity school: One of the buildings is St. John’s Memorial Chapel, built in 1868-69; in another case, property for sale includes half a building, with the other half owned by Lesley. In all, the divinity school has 4.5 buildings including the chapel and some other property behind the main campus, while Lesley owns 7.5 buildings that, among other uses, house 200 students as well as classrooms, dining halls and a library.

“It’s not clear cut that they’re selling eight acres,” said Robert P. Reardon, director of the city’s assessing department, and “we don’t know if [Lesley] has a right-of-first-refusal option built in” that would let it move on the divinity school’s remaining property before the city even got a chance.

Something must eventually happen with the awkwardly structured property at 99 Brattle St. – a July 2016 draft analysis prepared for the divinity school trustees expected the sale to bump up the school’s $53 million endowment by $25.5 million as of the 2021-22 fiscal year. But it’s unclear what that will be, especially with Lesley signaling it’s staying put. Any developer or institution interested in claiming more than the immediately available land would have to make it worth Lesley’s while to move on or settle in for a long stay with a very close neighbor; furthermore, reuse could be restricted by the obligations of being in the middle of the Old Cambridge Historic District.

While no speaker mentioned Lesley’s involvement on the campus, some had a glimmer of other complications the site would bring.

“How is the City of Cambridge going to afford eight acres of historic landmark? If the Abbot building complex sold for $85 million, I would hate to see what this is worth,” said Marilee Meyer, a resident and architectural historian, referring to a retail and office redevelopment project affecting a historic building in the heart of Harvard Square. “This site is impractical on many levels.”

Even supporters of the purchase idea such as Elaine DeRosa, executive director of the anti-poverty Cambridge Economic Opportunity Committee, acknowledged it “might be a stretch,” but believed “no opportunity should be discounted” to bring back the thousands of former Cantabrigians on a waitlist to move back into affordable housing.

Councillor Tim Toomey, who wrote the order to explore buying the divinity school property, has long wanted affordable and public housing to be placed in wealthier, more historic West Cambridge in addition to its more common clusters around Central Square and in East Cambridge. The idea was embraced Monday by speakers including Denise Jillson, executive director of the Harvard Square Business Association, and developer John DiGiovanni, the association’s president.

But because Toomey wasn’t present Monday for discussion and a vote, vice mayor Marc McGovern stepped in to delay the order until the next council meeting, so Toomey could “be here to explain.”