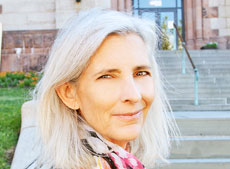 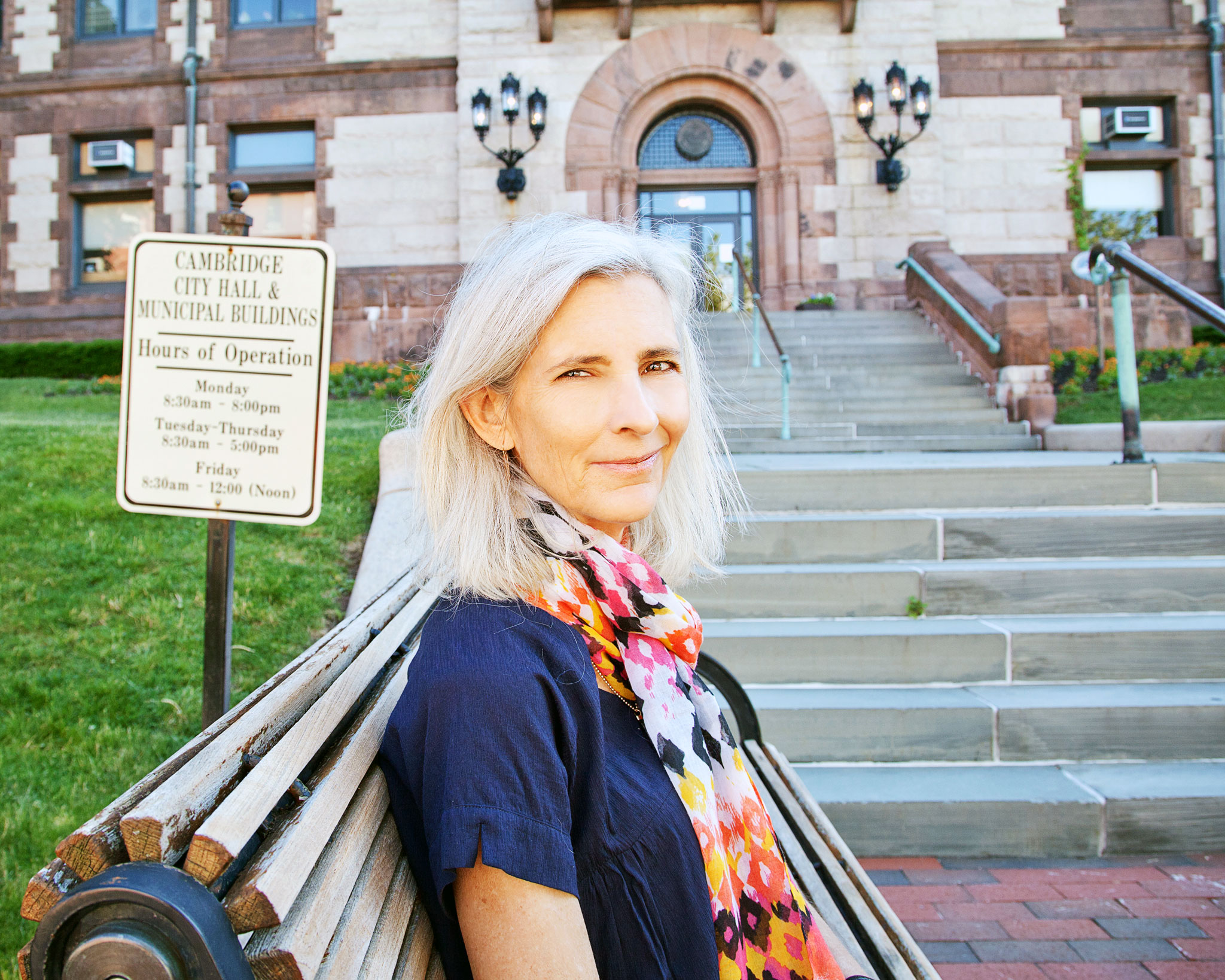 Protecting small businesses in Harvard Square and elsewhere, biking and transportation improvements, and looking out for Cambridge’s trees – they’ve been priorities in Jan Devereux’s first term on the City Council, and she said she plans to keep focusing on them if reelected in November.

And she hopes she will be, she said, though becoming a councillor has meant working seven days a week, including answering every email she gets and sending out a weekly newsletter. “I don’t think I’ve ever worked more hours than I’ve put into this over the past 18 months,” Devereux said.

The months in office have also gone by quickly as she’s wrestled with a series of intractable issues complicated by stakeholders’ often clashing priorities.

“We have a city with many neighborhoods, many competing interests, and getting to consensus, getting people feeling like they’ve been heard [and] respected, understanding what the tradeoffs are and then reaching a decision that feels like the best course, despite the fact that maybe not everybody can agree … takes time,” she said.

“Trying to bypass that process,” she said, “only creates more problems.”

As chairwoman of the council’s Economic Development & University Relations Committee, Devereux seeks to create public awareness around supporting local businesses. With increased development in Harvard Square, she said, we have to “make sure we retain some of what’s unique” as shops such as the Curious George toy and bookstore come under threat from development, chains and online retail. “A lot of people will say, ‘I love having my neighborhood stores, I love the idea of a bustling retail environment,’ and then come home from work and discover packages from Amazon on their doorsteps,” she said.

Development has been a challenge as well in the Fresh Pond and Alewife area, where a residential building boom has contributed to “one of the worst transportation challenges the city has facing it,” she said.

She has also worked to improve bicycle and pedestrian safety in long-established sections of the city, including advocating to change the citywide speed limit to 25 mph and bringing forward initiatives to remake Inman Square, where a bicyclist died last year, and to create protected bike lanes in particularly unsafe areas. So far, there are two bike lanes protected by barriers in the city; two more are planned to be installed this summer and fall.

Devereux also leads the council’s Health & Environment Committee, where she’s helped address the effects of last year’s damaging drought, pushing “our urban forestry staff to take a more aggressive and proactive approach to tree maintenance and tree planting,” she said. The forestry staff will be creating a tree master plan this fall.

Devereux, a Cambridge resident since 1993, became interested in local politics when she co-founded the Fresh Pond Residents Alliance in March 2014 to grapple with a wave of development that has still not abated. She declared a run for council in February 2015, saying that her new civic engagement led to a discovery that “while good intentions abound” among city leaders, “accountability, creativity and transparency are too often lacking.”

She received the sixth-most top votes in the city’s ranked form of voting in a field of 23 candidates and was elected in the 14th count, alongside longtime councillor and state Rep. Tim Toomey and ahead of four council incumbents.

The candidacy and win, and her style in office, have had an effect on the city, she said.

“I’ve gotten a whole lot more people aware and engaged in the process,” she said. “It’s created an expectation that residents need to be better informed, they need to be communicated with more proactively – not only by city councillors, but by city staff – when changes are happening in their neighborhoods.”

Now, “as one of two women on the council,” she’s calling for more women to run for office. Among the two dozen people who have expressed interest in running for council in November, 10 are women – including Devereux and Mayor E. Denise Simmons.

“I think if we had a 50-50 ratio … perhaps you’d see a more collaborative and different approach,” said Devereux, one of two candidates so far who have been through Emerge Massachusetts, a program that trains women to run for office. (The other is challenger Sumbul Siddiqui.) “For whatever reason, even Cambridge – progressive as it is – has never reached that point. I’m glad to see more women running.”