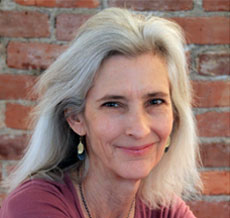 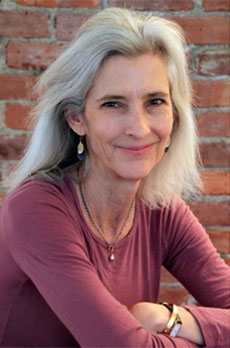 With elections more than eight months away, another challenger for a seat on the City Council has emerged to fundraise – without taking money from big real estate developers.

“I’m starting from scratch, and running a clean-money campaign puts me at a financial disadvantage,” Jan Devereux said in a Monday announcement via Facebook and a website where she asks for contributions starting at $25. “I will need help from friends like you to give what you can. In 2015 the state raised the maximum individual contribution to $1,000 per calendar year, from $500. The incumbents started raising money last year and already have their campaign machines set up.”

Incumbents’ campaign bank accounts range from a low of $2,602 for Craig Kelley, a fifth-termer who has not reported incoming election money for more than a year, to Mayor David Maher, in office for 16 years and spending out of coffers that hold $28,097 after a fall fundraising effort that took in $34,190 in just a month’s time, much of it from developers. Next best-funded is 26-year incumbent Tim Toomey, whose account holds $18,130, but also notable is first-termer Nadeem Mazen, whose current $12,070 resulted from bringing in $14,391 between mid-December and mid-January.

The remaining five council incumbents average $8,560 in campaign funds as of Jan. 31.

In a city where rapid development generates most of the political heat, taking money from developers is common, but draws attention. And Devereux’s entry point to politics and a candidacy has been alarm over development.

Shocked out of complacency

“I never thought I’d see the word ‘politician’ next to my name,” Devereux said. “But I aim to make people think differently about what it means to step up and take a stand.”

In her announcement, she pleads guilty to a former complacency about city issues while “trusting that our city’s future was in good hands because my property tax bill remained low and city services worked well enough.”

Then came a “tsunami of piecemeal development” in the Alewife area and the surprising finding it had already exceeded the amount projected to be built by 2024. Around a year ago she formed the Fresh Pond Residents Alliance, a nonprofit, volunteer group that has lobbied city officials to reform the city’s development process. She and the Alliance supported a citywide development master plan, which is under way, changes at the Planning Board and a failed petition by Carlone that would have, in the interim, given the council review powers over some of the city’s biggest projects.

“In just a year we have made a difference. The FPRA has worked with other resident groups to put planning issues at the top of the council’s agenda and has become a respected voice in the heightened public debate about the city’s growth priorities,” she said.

“I have discovered that while good intentions abound, accountability, creativity and transparency are too often lacking. Through my activism I’ve met many talented and likeminded people who are working hard to keep Cambridge at the head of the progressive pack – unfortunately without consistent enough support at City Hall,” she said. “I’m running because I want to be part of a coalition that will help our city reclaim its progressive mojo.”

Devereux, a marketing communications specialist, cites experience in media and selling real estate and has more recently handled public relations for the Beaver Country Day School in Chestnut Hill and at the Community Charter School of Cambridge. She is the mother of three and a Cambridge resident since 1993. She lives on Lakeview Avenue.

Her announcement follows that of Kim Courtney, a lawyer with an interest in government transparency, improved municipal technology and oversight of city boards and commissions.

Gary Dmytryk, president of the Association of Cambridge Neighborhoods umbrella group, praised Devereux’s communication skills and her ability to get people in her neighborhood “more interested and invested in city government and participation.”

“She seems to get along well with most everyone in a sometimes charged political environment,” Dmytryk said of Devereux. “She seems to be well-respected from all quarters.”