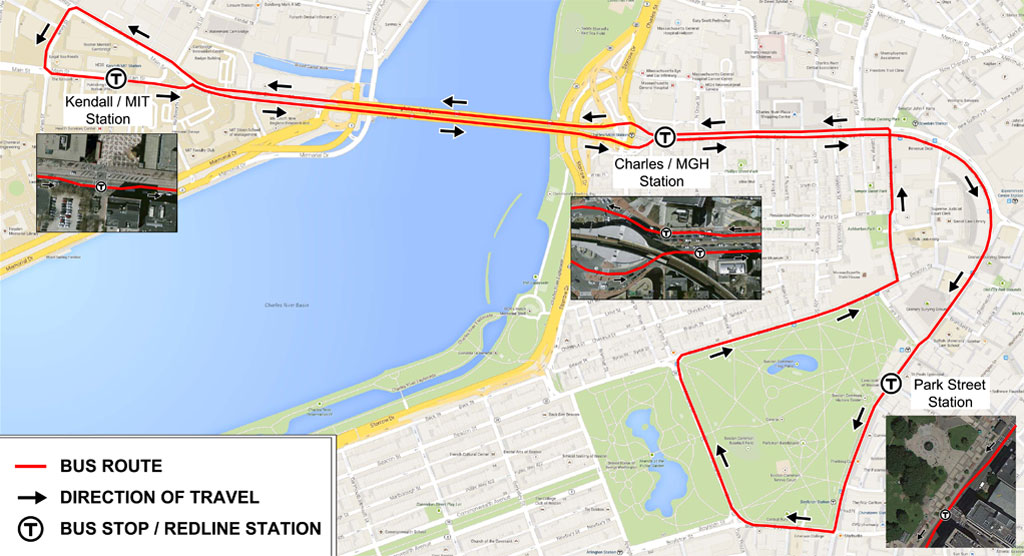 Except for the Head of the Charles weekend Oct. 21- 22 and the Thanksgiving holiday weekend, the red line T will be replaced by buses every Saturday and Sunday through Dec. 17.

The reason shuttle buses will replace red line trains in both directions between Park Street and the Kendall/MIT stations: the Longfellow Bridge Rehabilitation Project, which calls for work below the red line’s right of way and requires the removal and replacement of all red line track systems near the Charles/MGH station. The work may also demand slower speeds on trains in this area for the days immediately following each weekend, said officials of the state Department of Transportation.

“Similar Red Line shuttle bus replacement has occurred on about a dozen occasions previously in the Longfellow Bridge area due to project work, and the MBTA has appreciated the patience and understanding of customers as bridge infrastructure is improved and replaced,” state officials said.