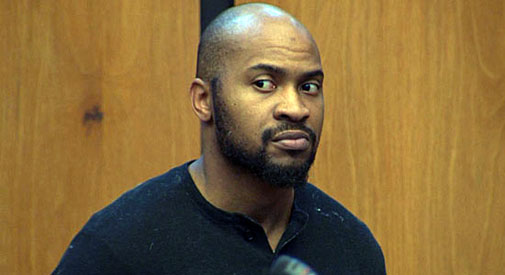 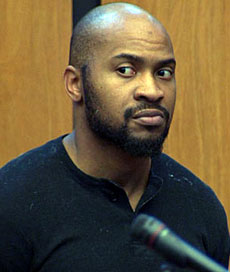 Tony Harris is arraigned Monday in Somerville District Court in this screen capture from WBZ-TV.

An Everett man has been arrested and charged in one of the shootings that took place minutes apart early Oct. 14 – one in Cambridge, one in Somerville.

Tony Harris, 28, has been charged with homicide in connection with the shooting of Kevin Raymond, killed at approximately 3:37 a.m. on Canal Lane in Somerville. Raymond, 20, of Somerville, was shot in a parking lot. Upon discovery of the shooting, he was taken to an area hospital and pronounced dead.

Judge Paul Yee ordered Harris without bail and revoked his bail on an open case. The next scheduled hearing in this case is Dec. 7. 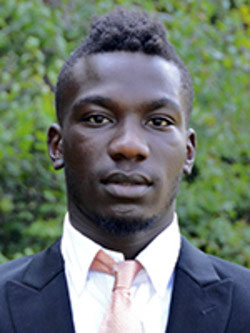 The murdered man was a student at Franklin Pierce University in Rindge, N.H., who moved to the United States after his birth in Port-Au-Prince, Haiti, according to family information from the Doherty Funeral Service. University information shows he held a sports management major with a minor in international business; he played on the university’s football team in 2015 after playing throughout his time at Somerville High School.

The other Oct. 14 incident took place a few minutes earlier, at approximately 3:30 a.m. Ednilson Dacosta, 28, of Dorchester, was shot in a car on Windsor Street at Evereteze Way, near Inman Square in East Cambridge. He too had been taken to an area hospital and pronounced dead.

Ryan and Fallon called it an “open and ongoing investigation,” and a spokeswoman for the office could not say whether any connection between the killings had been found or rejected, or even if a connection was still being investigated as a possibility.

This post took significant amounts of material from press releases. It was updated Nov. 6, 2017, with information from Tony Harris’ arraignment.