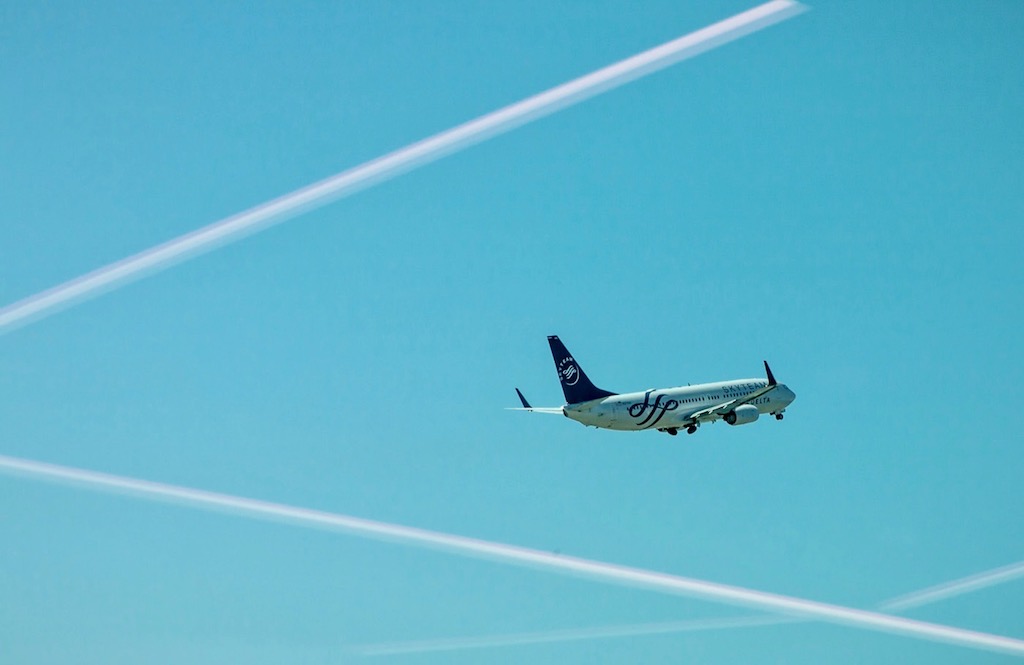 A plane takes off at Boston’s Logan Airport May 30, 2014. The “contrails” are actually reflections from the overhead lights inside the terminal. (Photo: Paul VanDerWerf via Flickr)

In October, the Federal Aviation Administration commissioned the MIT International Center for Air Transportation to study noise levels from the commercial planes and their health effects on neighborhoods below, including Cambridge, Somerville, Arlington, Medford, Belmont and Watertown.

“Just the fact that we got them to acknowledge there’s a problem” was an accomplishment, let alone getting the Massachusetts Institute of Technology study, said Belmont’s Adriana Poole, founder of the community-run coalition Boston West Fair Skies. “We are the first ones in the country.”

It was in June 2013 that the agency implemented a new navigation technology known as Area Navigation, or RNAV, to make flights more efficient and reduce fuel burn. It resulted in a higher concentration of flights in a smaller cluster of neighborhoods, creating what many describe as constant, unbearable noise during certain times of the morning and night. An exacerbating factor was the placement of runway 33L – Logan’s longest, used for the biggest planes headed overseas.

“Logan is a 24/7 operation,” Poole said. “Planes [are taking off] every two minutes for many hours at a time. They can hammer you, for example, for five, six hours,” sometimes at even greater frequency than every two minutes.

Bill Deignan, Cambridge’s transportation planner, said citizen complaints surged after RNAV was put in place, affecting neighborhoods that hadn’t been bothered before. Boston West Fair Skies was one of the first groups to take up this cause and became instrumental in bringing attention to the issue, as well as encouraging the ongoing MIT noise study. Much of its work relies on collaboration with the City of Cambridge in reaching out to local legislators and filing noise complaints to Massport, the state agency operating the airport. 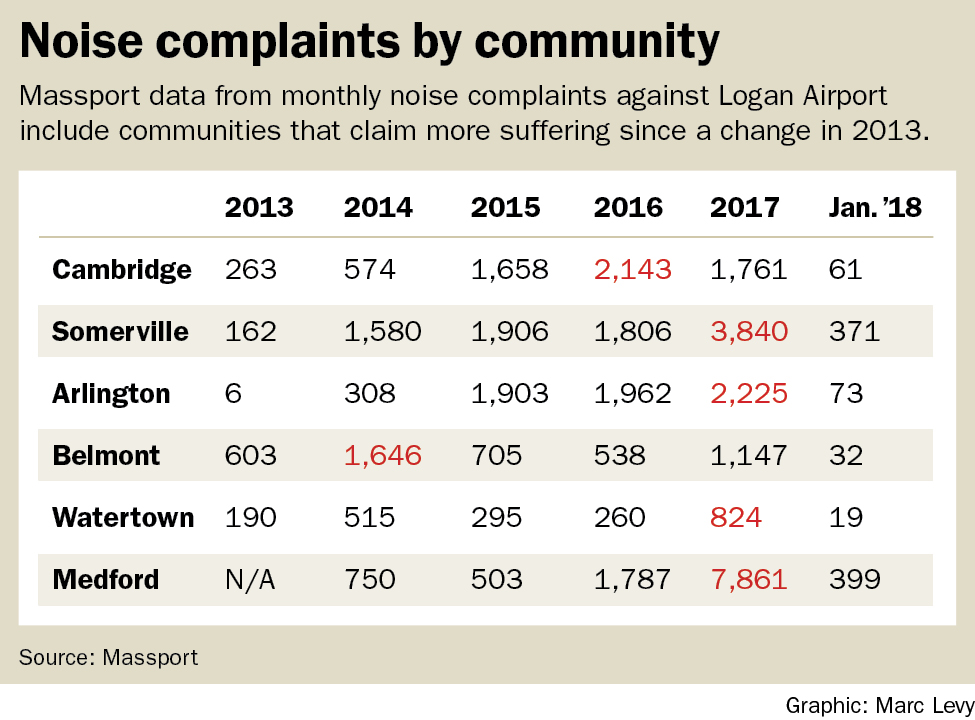 “One of the important things is to keep those complaints going,” Poole said. “Without this, the FAA will say we got used to [the situation] and it’s all beautiful and great.”

Poole believes the FAA followed regulatory procedures and did the proper environmental assessments in switching to RNAV – it simply wasn’t enough to predict the level of noise being experienced by residents, and the agency didn’t have alternatives for when the noise became oppressive.

“They didn’t take any shortcuts, they were very step-by-step, done very properly … but at the same time, the impact was significant, because the metric doesn’t necessarily measure the impact on humans,” Poole said.

The MIT study is considered by the affected communities to be a hopeful first step – Susanne Rasmussen, director of environment and transportation planning for Cambridge, lauds “the willingness of Massport and the FAA in particular to find these solutions” – but there are concerns. Some factors in flight noise are simply beyond the control of citizen groups or even state legislators, including the region’s economic growth and the resulting demand for more flights.

One solution to the issue lies in new dispersion techniques for approaching and departing planes, Poole believes: “Disperse [the planes] a little bit more so that it’s not the same people [hearing them and] everybody shares the burden,” she said.

“We just can’t live like this anymore,” she said.

This post was updated March 13, 2018, to clarify responses from Adriana Poole, founder of the community-run coalition Boston West Fair Skies.