An Alewife bridge could be ready in 2025, funded by new fee paid by area developers 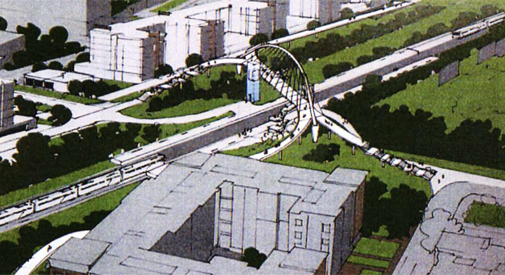 An Alewife bridge could be ready in 2025, funded by new fee paid by area developers

By John Hawkinson and Marc Levy 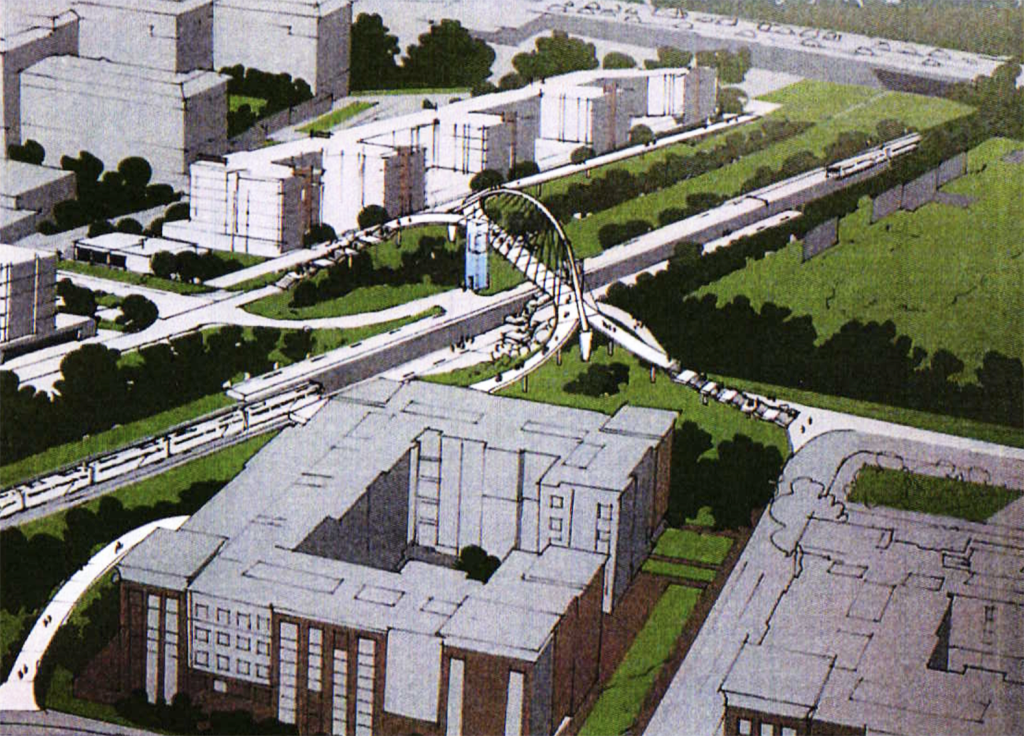 A rendering of an Alewife pedestrian and bicycle bridge was shown Thursday at a meeting of a planning working group. The illustration does not show actual proposed endpoint locations or design details.

The long-sought bridge over the Alewife railroad tracks will be built, the city announced at Thursday’s Envision Alewife meeting. The city is committed to building it within seven years, though that depends on the pace of development, said Susanne Rasmussen, director of environmental and transportation planning for the city. Designing the bridge would take three years, she said.

Along with the bridge came significant discussion of work to ease future traffic congestion in Alewife, which would include streets built with bicycle infrastructure recommended in an existing Citywide Bicycle Plan and improved bus service, possibly including bus-only lanes, signal changes that would let bus drivers extend a green light to sneak through and more frequent buses on Concord Avenue.

Parking costs at commercial buildings would rise as part of a plan to decrease the number of cars coming into the neighborhood, but Alewife residents could get shuttles to and from the Alewife Red line T stop “for free or for a small membership fee,” and shuttles between Alewife and the Belmont Center commuter rail stop will be tested, according to a presentation by Rasmussen and senior urban planner Melissa Peters. But it is difficult for local employers to charge “market rates” for parking – described as $30 in Kendall Square – when the Massachusetts Bay Transit Authority’s Alewife garage charges $7 per day.

A new commuter rail stop at Alewife, however, was left as a long-term consideration for “when ridership demand justifies a new station.” (Also in the long term: a second bridge across Alewife Brook between Discovery Park and housing on CambridgePark Drive.)

Plans to bridge the commuter rail tracks running through the Alewife neighborhood go back at least to a 1979 revitalization study, but have ramped up in recent years with the pace of residential development.

Hundreds of units of housing have been added in the area, mainly in the area north of the tracks known as the Triangle that includes the T stop; the “Quadrangle” south of the tracks is an industrial and business area where many must go to reach their jobs – mainly by taking Alewife Brook Parkway all the way south to Concord Avenue before they can head north again into the Quadrangle. But the planning effort anticipates substantial new development in the Quad, and that has already begun: the Planning Board permitted a 525-unit development at 55 Wheeler St. in January, which includes 100 units of affordable housing.

A bridge could halve the distance between Triangle and Quad, but plans for one have been consistently missing from city planning presentations during the Envision Alewife effort – part of the broader Envision Cambridge citywide development master plan process – including from a presentation in November.

An outcry by residents and elected officials brought a new affirmation of interest in a bridge in February by City Manager Louis A. DePasquale. But the Thursday meeting gave detail, including how the project – estimated in 2013 to cost at least $20 million – might be funded: a new fee of $5 paid by commercial developers for every square foot they build in Alewife.

“Assuming even pace of development,” the bridge would be usable as soon as 2025, when the neighborhood is at only 40 percent of what is expected to be a full buildout, according to the presentation.