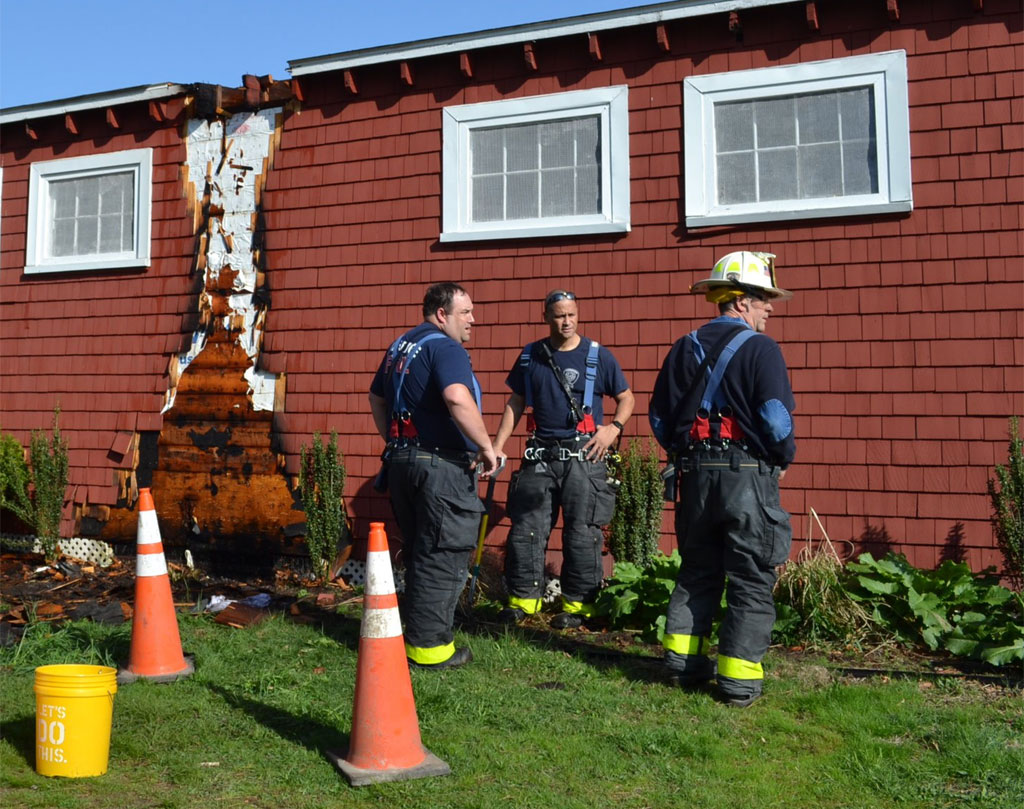 A small 7:40 a.m. fire at the Buckingham, Browne & Nichols day school boathouse on Gerry’s Landing Road is under investigation, but not yet linked to a spree of other Tuesday fires set in Cambridge around the same time.

Those fires set in barrels and recycling bins over a two-hour span have been linked to Paul Ankuda, 58, a homeless man found and arrested in Harvard Square, said Jeremy Warnick, director of communications and media relations for Cambridge police. Ankuda is accused of eight counts of vandalism and defacement of property for fires set in Cambridge.

In all, officers found five fires on Ash Street and Ash Street Place when responding there at around 8:20 a.m.; reports of a fire in a trash container near Massachusetts Avenue and Church Street followed. While officers searched for a suspect, another fire near Massachusetts Avenue and Dunster Street was reported, and officers arrived at to find a free-newspaper box lit on fire, Warnick said. Finally, a trash container on Brattle Street at Hilliard Street had been set aflame.

In the case of the boathouse, it was a mulch fire that spread to the building and was knocked down quickly, with firefighters reporting the fire out by around 10 a.m.

Somerville police contacted after business hours didn’t have information on whether fires had been set there Tuesday; Warnick said the suspect had been reported seen around that city’s Davis Square. Transit police are investigating “possible [fire] activity in the subways,” he said.