Suspect turned ticket into a drug and gun bust when stopping in no-parking zone, police say 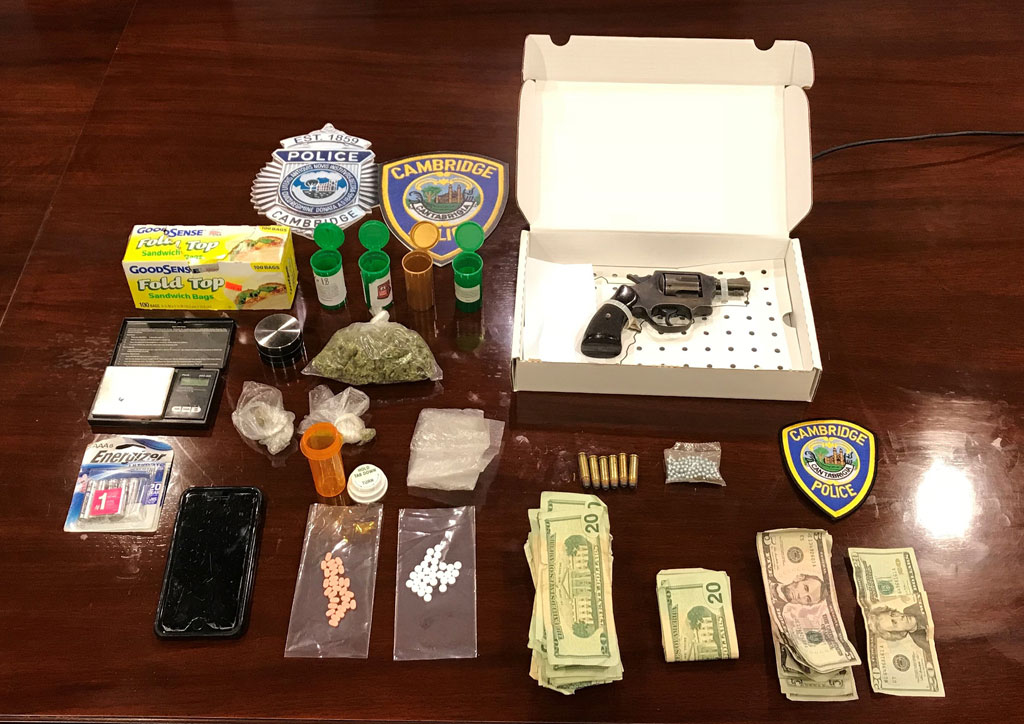 Suspect turned ticket into a drug and gun bust when stopping in no-parking zone, police say

Police said these materials are evidence from a Monday arrest. (Photo: Cambridge Police)

A simple issuing of a parking ticket led to the apparent arrest of a drug dealer early Monday, according to a police report.

James Bonaventure, 24, of Cambridge, parked at in a no-parking zone around Massachusetts Avenue at Prospect Street at 8:45 a.m. and got out of his car, watched by police, according to the report. When they looked into the vehicle and driver’s history before writing a ticket, officers found Bonaventure was driving with a suspended license.

While waiting for a tow truck, officers searched the vehicle – finding a loaded .38-caliber firearm, multiple bags of marijuana, pills, $599 in cash, scales and other paraphernalia, said Jeremy Warnick, director of communications and media relations for Cambridge police. All were submitted to evidence.