When it comes to saving Central Square arts, zoning is probably not the tool, planner says 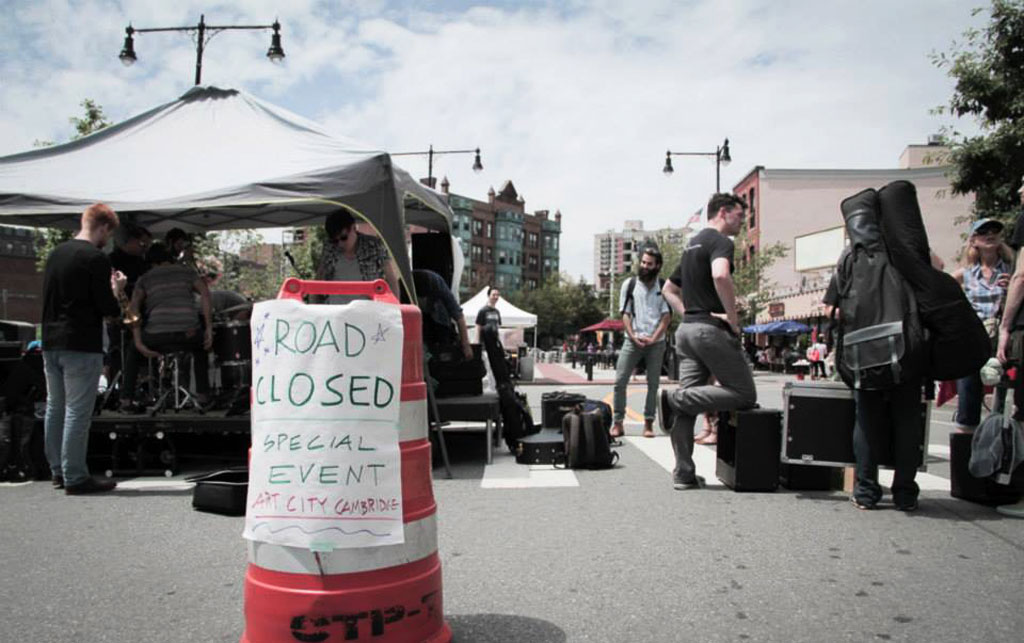 When it comes to saving Central Square arts, zoning is probably not the tool, planner says

A music festival called Jamapalooza was put on in September 2014 by a group called Art City. (Photo: Emily Falcigno)

Though the idea of creating and preserving spaces for the arts in the Central Square Cultural District has widespread support, trying to do it through zoning has limitations, a city official warned Wednesday.

“Zoning really only has a couple of things as incentives: additional density and additional height,” said Iram Farooq, assistant city manager for community development, at a meeting of the City Council’s Economic Development & University Relations Committee. “And in the city right now we have a lot of priories that are competing for the same set of incentives. Ultimately there is only so much the community is willing to take in expansion of density and height.”

The comment came as part of a discussion of a proposed Arts Overlay District for Central Square, which is amid a five-year state designation as a cultural district (which the city expects to be renewed) but has seen the loss of several arts venues in the past few years, including the All Asia nightclub and Out of the Blue arts gallery, as well as the departure of festivals such as the Worlds Fair, River Fest, a Taste of Cambridge and Jazz Festival. At the end of this month, the EMF Building will close on Brookline Street, leaving dozens of bands without rehearsal space and small, music-related businesses without a home.

The meeting looked primarily at long-term solutions, such as ensuring there was space for the arts included in buildings in return for a developers being able to go denser and taller.

Councillor Sumbul Siddiqui, who led the hearing, said Farooq’s comments could be read as a caution against trying to expand the overlay, as some suggested, where it might conflict with other needs for incentives – such as to encouraging low-cost tech innovation space in Kendall Square. But Farooq affirmed that ubiquitous needs such as affordable housing mean zoning incentives have to be approached “really judiciously.”

There were other reasons to be wary of seeing a new arts overlay district as a solution, others said. Some zoning-style solutions, such as artist live/work and gallery space, already exist but aren’t being used – because “what we’re finding is that [those] spaces are just not affordable,” said Lisa Hemmerle, the city’s economic development director – and plenty of arts-related solutions have been presented over the years in studies envisioning the future of Central Square, but without being implemented. “I almost wonder if it’s worth looking at the idea that [this is] arts overlay 2.0,” councillor Alanna Mallon said.

Considering the limitations of zoning, she wasn’t alone in looking to design guidelines instead of zoning as a way to encourage the arts.

Councillor Quinton Zondervan noted that the proposed overlay wouldn’t have fixed the city’s latest arts crisis even had it been implemented long ago. “I look at this overlay district and it’s pretty tiny,” he said. “The EMF Building, that wouldn’t fall in this zone.”

Though the arts economy is worth about $175 million annually in Cambridge, there was agreement that the money the City of Cambridge allocates to the arts is small, an issue raised as a problem by Jason Weeks, executive director of Cambridge Arts, and Geeta Pradhan, president of the Cambridge Community Foundation, which she said gives about $200,000 to arts programming annually. Patrick Barrett, a Central Square landlord and lawyer who has contributed to planning efforts such as the C2 envisioning process, suggested that the city carve off $100,000 of its annual participatory budgeting money for Central Square arts. The current round of citizen-voted budgeting is funded at $900,000.

But there are ways to encourage the arts that don’t require money. Architect George Metzger, a former president of the Central Square Business Association, urged the city to get away from overly formal, regulatory thinking. “You don’t manage a creative community by more regulations and guidelines. You manage it by removing them and letting the creative energies of the community do what they do,” he said.

To that end, various officials signaled that it was time for the city’s busking fee to go. During a September 2015 effort led by then-councillor Nadeem Mazen, city officials insisted on keeping a $40 fee for street performers even after universal testimony that it was draining Cambridge of vibrancy by sending musicians and others across the border to fee-free Somerville and Boston.

The fee is due to be reconsidered at a June 7 meeting of the Ordinance Committee.

Michael Monestime, executive director of the Central Square Business Association, won praise at the meeting for introduction of the high-energy Central Square Flea, a festive marketplace held every Sunday from May through October at University Park. He has plans as well for more “small-scale activation, almost tactical urbanism,” including creative touches such as a “yarn bombing” to add whimsical splashes of color along Massachusetts Avenue, more activation of side streets with a new market – called Night Market – and of Carl F. Barron Plaza with a stage for performances.

In 2014, a group called Art City programmed a month of arts activities around Cambridge with a focus on Central Square, including a music festival in Jill Brown-Rhone Park called Jamapalooza. But the activists behind the effort have largely left the city.

Performance halls and other arts spaces are part of the Foundry project near Kendall Square, now estimated to cost $31 million, city assessor Bob Reardon reminded the meeting. That project could be open as soon as 2020 and complete by 2021.

At a meeting focused on Central Square, though, a few people pointed to the potential seen in the MIT Museum, which will leave 265 Massachusetts Ave. for Kendall Square as the Massachusetts Institute of Technology revamps its East Campus. Interest in working with the school, a major land owner in the area, was high. But Sarah Eusden Gallop, co-director of the school’s Office of Government & Community Relations, said the 45,000-square-foot museum building wouldn’t be empty for another two and a half years, and there were so far “no plans” for its reuse.

“It lends itself too research, but that’s as far as our thinking has gone,” Gallop said.