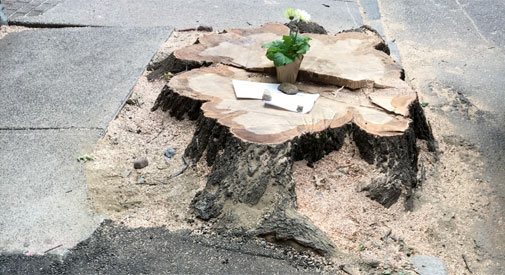 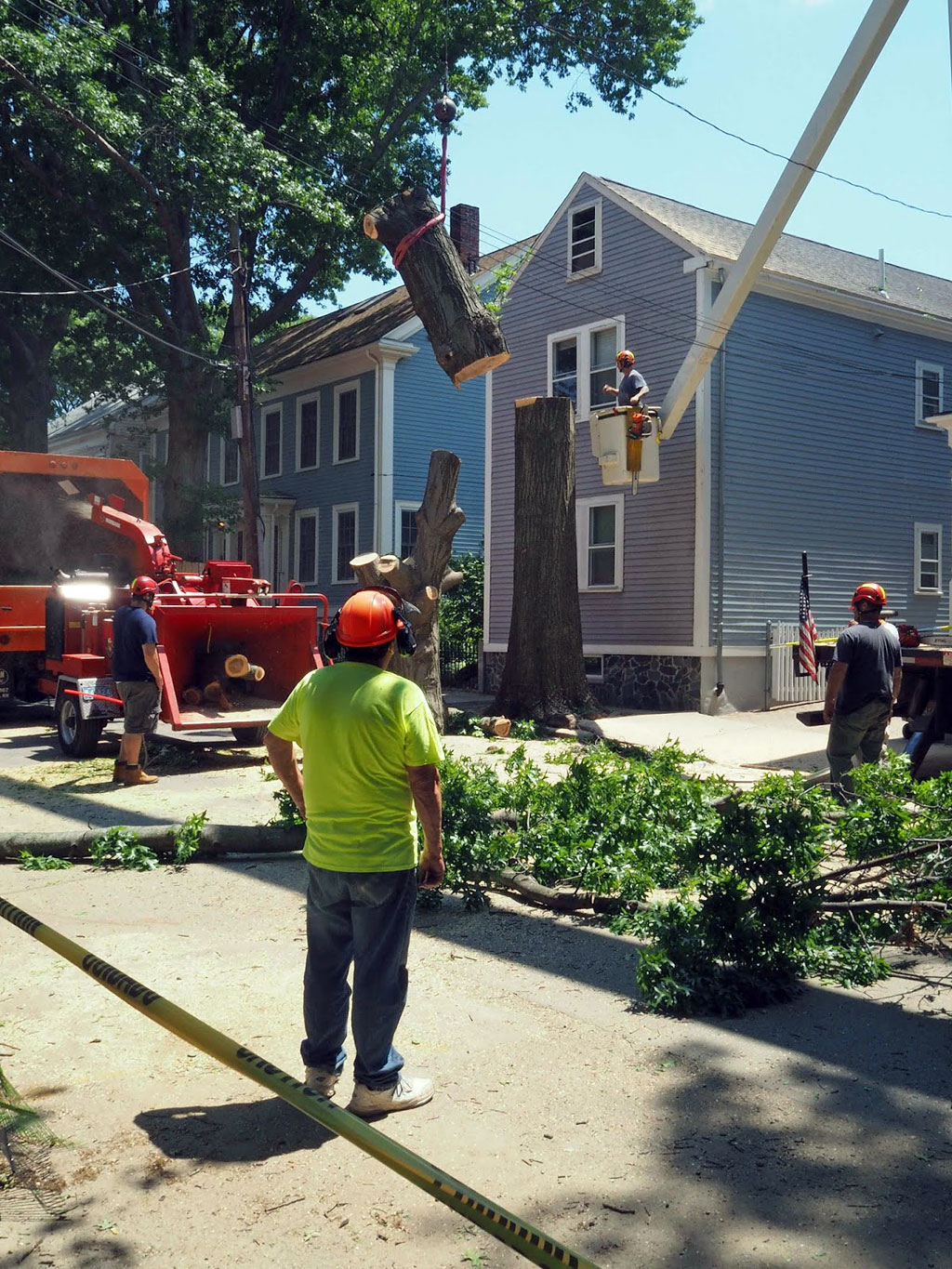 Residents and city staff are outraged after a contractor hired by Eversource damaged the roots of a large oak tree Tuesday on Gore Street so severely that the tree had to be cut down immediately for safety reasons. The tree was removed on Thursday, after an evaluation by the city arborist and an independent arborist, according to a letter sent to abutters by Kathy Watkins, the city engineer.

The letter also says the site will be replanted with a larger than typical tree or trees – though no tree planted there can make up for the lost oak, which was magnificent. The work by Eversource on Gore Street has been stopped by the city “until additional tree protection measures are implemented and restitution of the damage to city property has been determined,” according to Watkins’ letter.

Neighbors created a small memorial on the stump, including a letter that reads: “Thank you for providing us beauty, shelter and strength all these generations. Your grand presence over this neighborhood will be deeply missed.”

The tree’s roots were damaged during work by Eversource contractors. (Photo: Alan Green)

Neighbors created a small memorial on the stump of the pin oak tree. (Photo: Quinton Zondervan)

The city says the site will be replanted with at least one tree that is “larger than typical.” (Photo: Quinton Zondervan)

A letter on the memorial thanks the tree ”for providing us beauty, shelter and strength.” (Photo: Quinton Zondervan)

In a separate email communication, Watkins indicated that the city will seek restitution for the 36 caliper-inch pin oak that was destroyed, though no amount or form of restitution was specified. According to Massachusetts General Law, the recoverable amount may be limited to $500. The tree was removed so quickly after it was damaged that some in the community expressed a suspicion of foul play. But there is no obvious interest served to the city by this tree being removed, and Watkins expressed concern with the loss of this significant tree in her email communication.

I will be monitoring this situation closely and provide an update as to restitution and oversight of further work as the information becomes available.

Quinton Zondervan is a city councillor and climate activist.