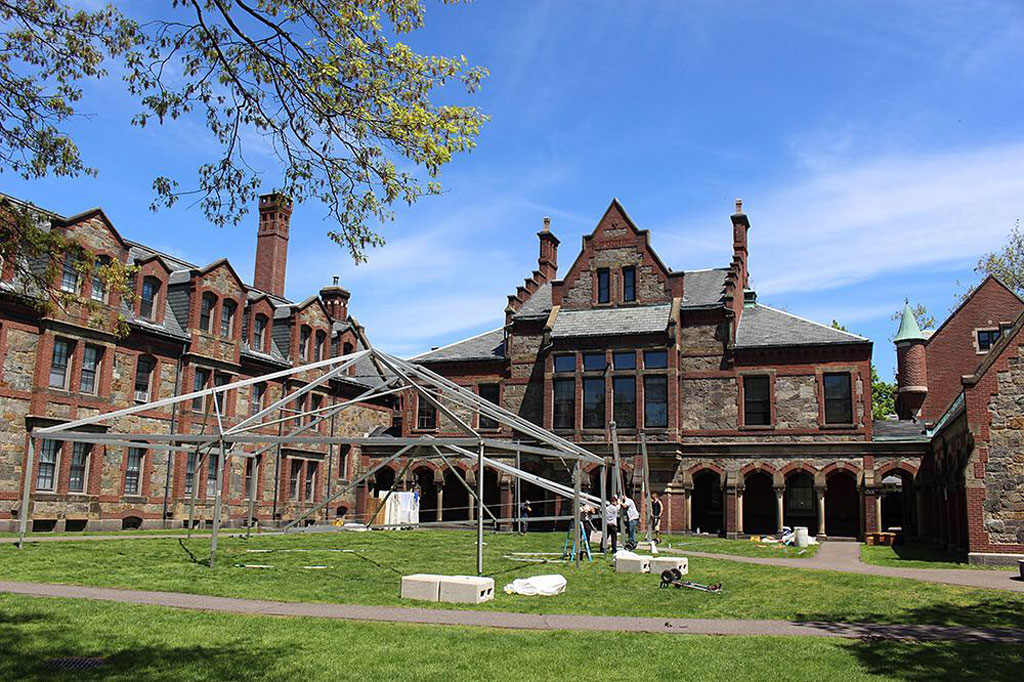 Lesley University has purchased the remaining 4.4 acres of the Episcopal Divinity School property near Harvard Square, including five historic buildings and the remaining half of a library that the university had shared with the divinity school, it was announced Wednesday.

A comprehensive campus plan will be developed to support the university’s 10-year strategic vision, called Lesley 2030, and guide a phased approach to planning for the university’s entire Cambridge campus, officials said.

“As we consider our current needs and plans for the future, I am excited about what this will enable us to do for our students, faculty, staff and alumni. Our plan is to make this campus a vibrant and integral part of Lesley’s community of teaching, learning, research and practice,” university President Jeff A. Weiss said.

It’s a significant achievement for Weiss’ short leadership at Lesley. He is resigning due to personal health reasons, after serving less than two years as president.

A purchase price was not given Wednesday; the school noted that full ownership of the entire eight-acre Brattle Campus was the first major capital expenditure since the university opened the Lunder Arts Center in Porter Square, as well as the largest investment in its Brattle neighborhood since 2008, when Lesley and the Episcopal Divinity School entered a condominium agreement of joint ownership of the Brattle Campus grounds.

As a private, nonprofit institution, Lesley typically does not release this sort of information to the public, said Amanda McGregor, the university’s assistant director of communications.

“In addition, the university is still assessing the newly purchased properties to determine their most advantageous and strategic use, so it is premature to estimate renovation costs,” McGregor said.

The divinity school and its predecessor, the Episcopal Theology School, ran a degree-granting institution on the Cambridge campus starting in 1867. But last year the school ended operations in Cambridge after signing an agreement to become part of the Union Theological Seminary in New York City, and its property went on the market. Showings began in November, with a fairly narrow set of possible buyers spelled out: “The EDS property is going to be of special interest to educational or religious institutions, or other nonprofit organizations,” Sandy Tierney, executive vice president of brokers McCall & Almy, said at the time.

The City Council had voted 6-3 to ask city staff to look into buying the site for affordable housing, but the condominium-style agreement between Lesley and the divinity school and the historic and limited nature of the property’s structures would have complicated a purchase.  The condo agreement covered two-thirds of the campus – and, in the case of the library, half a building. “This is a very important part of our campus. No matter what, we don’t have an intention of leaving,” said Marylou Batt, Lesley’s vice president for administration, in July 2017.

The purchase suggests the possibility of further growth for Lesley, a 109-year-old institution with around 2,700 undergraduate students, 4,800 grad students, 550 employees and an endowment of around $195.5 million.

“Lesley University has a long and rich history,” said university board of trustees chairman Hans D. Strauch, in a press release. “It is our intention that this be another significant moment in our history – one that allows us to continue to engage and expand our innovative and transformative work in service of our students, our communities and society at large.”

A spokeswoman for the Episcopal Divinity School at Union, as the divinity school is known since its merger with the Union Theological Seminary, said Dean Kelly Brown Douglas was flying Wednesday and unavailable for comment.