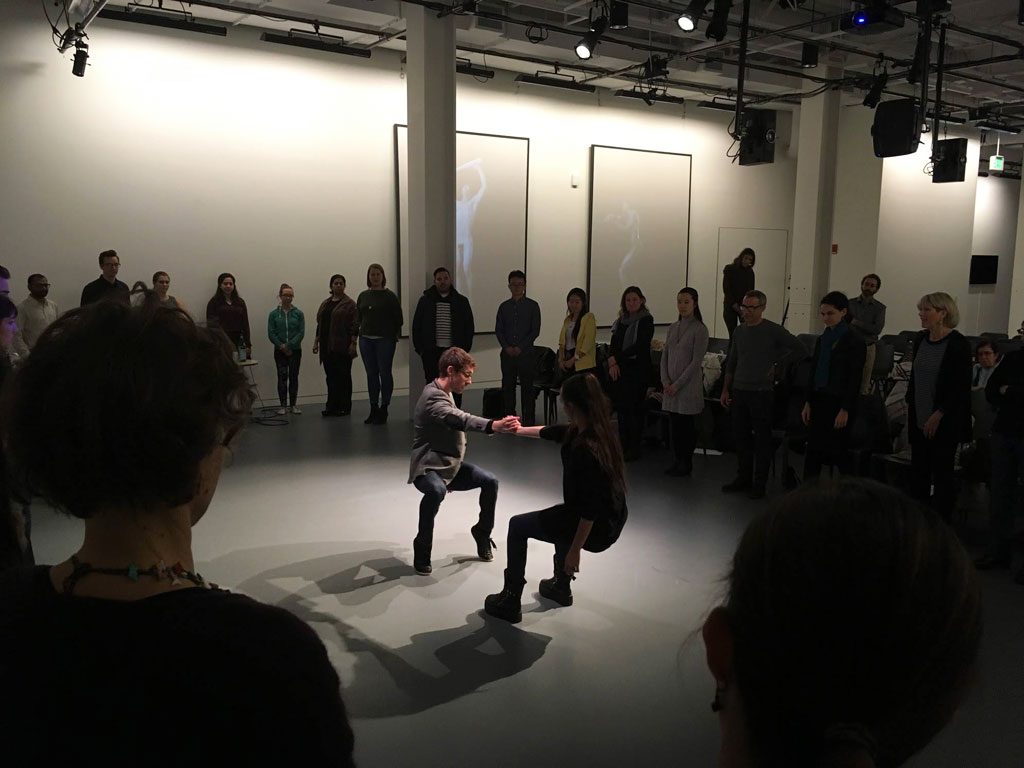 Ilya Vidrin, a Harvard University fellow and founder of the Reciprocity Collaborative, leads a performance at Le Lab in Kendall Square. (Photo: Le Lab via Facebook)

Will the city allow a giant self-storage facility on New Street?

The board will hear a petition to rezone part of New Street near Danehy Park for development of a four-story self-storage facility that would replace the Evolve gym at 52 New St., Neighborhood 9 near Fresh Pond. There is skepticism on the part of some city officials and residents, but the developer cites the support of environmental leaders. Also on the agenda is proposed zoning that would over time change the city’s many flat roofs to better handle coming onslaughts of rain and snow – which, while requiring construction of residents and businesses, could also add square footage (albeit at an angle) to properties. There’s also a request by Le Laboratoire Cambridge to expand its uses into “explicitly allowing spoken word, dance [and] theatrical/theatre, cinematic and musical events,” as well as allowing some interior renovations to “enhance the experience of attendees” and adding use of its plaza for some performances. Le Lab also hints it might want to serve alcohol someday.

How will Carl Barron Plaza change?

The reimagining and redesign of Carl Barron Plaza is due for a boost from this meeting. For more information.