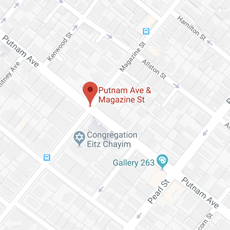 A woman has died of injuries from being hit by a truck at Magazine Street and Putnam Avenue in the Cambridgeport neighborhood, police said.

The Middlesex District Attorney’s Office and Cambridge police are investigating the crash, which took place shortly around 7 p.m., according to a police email sent at 9:18 p.m., and the department’s Twitter account. Police arrived to find a woman in her 20s who had sustained fatal injuries – she was pronounced dead on the scene – while walking.

The driver of the tri-axle dump truck vehicle that apparently struck her stayed on the scene, police said.

No additional information is being released until next of kin are notified, said police, who called is “an open and active investigation” being conducted with the State Police collision analysis and reconstruction unit.

This post was updated Oct. 6, 2018, with updated information to the media from police.