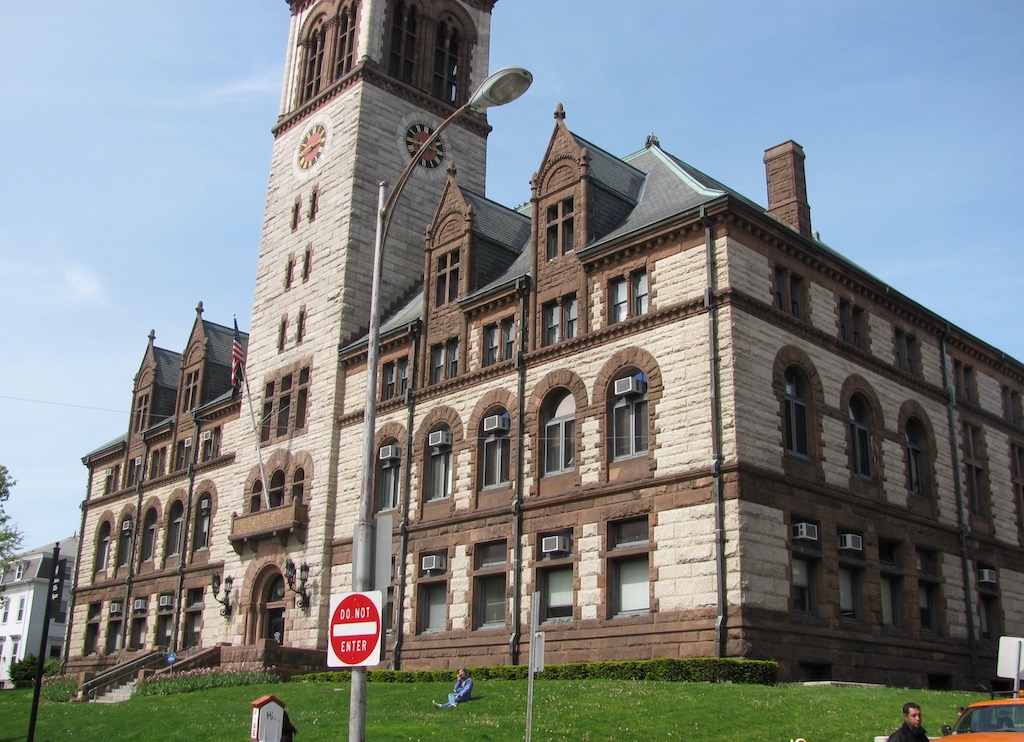 An update on City Hall renovations will be requested formally at Monday’s meeting of the City Council. (Photo: Marc Levy)

What can the city do about traffic and road safety throughout the city?

City Council, 5:30 p.m. Monday. The city manager and city councillors each arrive with 19 items of new business, suggesting a long meeting, though a few might at least be handled together, considering all deal with stemming the city’s rapid, massive loss of trees – including setting aside more than $167,000 for additional tree plantings in the Gore Street neighborhood and throughout the city, and answering two proposals by councillor Quinton Zondervan on hearings to address the crisis. City staff will also report on the nearly $8 million coming in from developers in the past year from “commitments related to zoning ordinance amendments and special permit conditions,” and has facilitated an answer about whether people can still park in front of their own driveways. On the council side, an impressive seven items deal with traffic and transportation, including bicycle safety infrastructure and specific looks at Rindge Avenue, the Fresh Pond Mall and how to stop Lyft and Ubers from braking in the middle of the street for riders. City Hall renovations (and whether City Hall can get unisex facilities) is on the agenda, along with the status of the city’s surveillance technology ordinance; and the council wants the city to work with the nonprofits facing the loss of office space at Enroot Education’s “nonprofit row” near Central Square, and to find ways to work with local small businesses that want the city as a customer. Televised.

What is the city doing to help its residents find work?

Human Services & Veterans Committee, 3 to 5 p.m. Tuesday. This committee run by city councillors Alanna Mallon and Sumbul Siddiqui will get an update on the work of city workforce development programs, which offer job search support, transitional employment aid and professional skills improvement. Likely to be televised; a request is being made at Monday’s council meeting.

What is the city doing with its First Street Garage?

Community meeting on the future of the First Street Garage, 6 p.m. Tuesday. The city says it want to hear how people would feel if it leased out 420 of 1,100 parking spaces in its garage at 55 First St., in East Cambridge near Lechmere, along with 9,000 square feet of long-closed ground floor area meant for retail use. (This explanation doesn’t really capture the nuance of what’s happening here, though. Read a fuller explanation here.)

Is staffing adequate at our public elementary schools?

Will Amazon get to use the lowercase ‘a’ it wants in Central Square?

Planning Board, 6:30 p.m. Tuesday. Amazon, which runs a package-pickup store at 624 Massachusetts Ave., also known as One Central Square, seeks a special permit to do what it’s already doing, except with a lowercase “a” on its sign instead of the uppercase “A” it has now as a way to get around city zoning about “formula” businesses. Also coming back to the board is the conversion of the former Casa Do Benfica fraternal clubhouse into six units at 178 Elm St., off Hampshire Street in the Wellington-Harrington neighborhood a few blocks from Inman Square. The 7,350-square-foot building was built in 1890 and has been used as a clubhouse for soccer fans and other aspects of Portuguese community since 1995. Televised.

What work should be allowed at the EMF Building before a study?

Historical Commission, 6 p.m. Thursday. A continuation of conversation begun Oct. 4 about renovations planned for the EMF Building at 110-120 Brookline St. and 108-112 Pacific St., Cambridgeport, despite an ongoing landmarking study for the 1921 structure that most recently housed art studios and musicians’ rehearsal spaces.