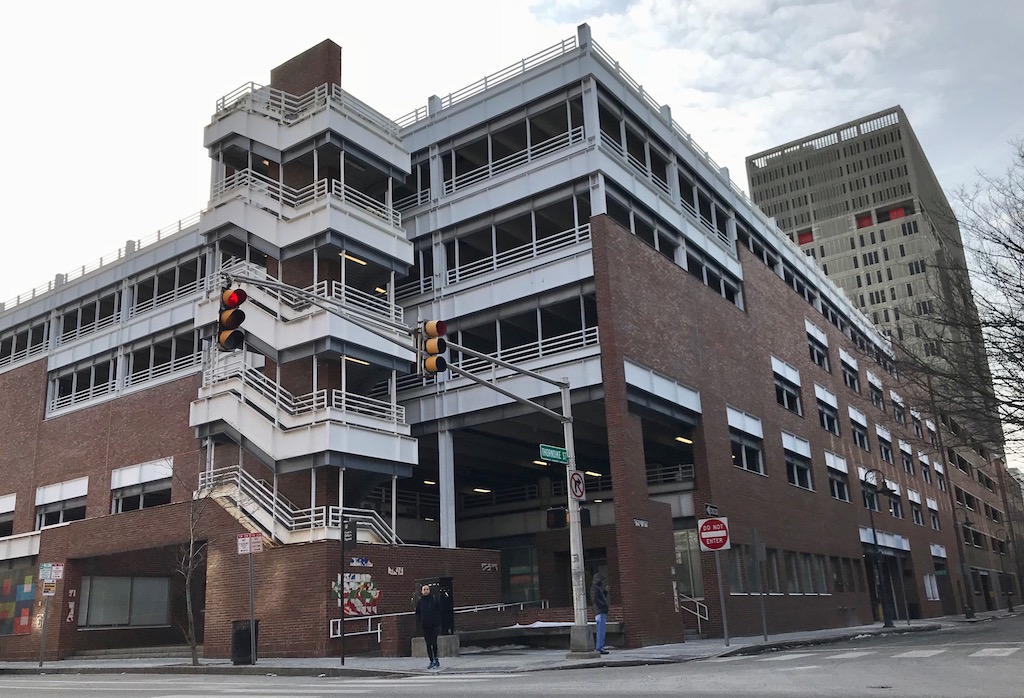 The city-owned garage at 55 First St. in East Cambridge near Lechmere could see 420 of its 1,100 spaces leased to developers of the former courthouse seen looming over it at the right. (Photo: Marc Levy)

The city says it want to hear how people would feel if it leased out about 38 percent of the parking spaces in its First Street Garage for the next three decades, along with 9,000 square feet of long-closed ground floor area meant to be retail. The East Cambridge Planning Team has an answer already, but not one the city will like.

“We demand that no further action be taken,” said Chuck Hinds, president of the neighborhood group, in a Thursday letter to the City Manager’s Office.

A meeting set for 6 p.m. Tuesday at the Cambridge Multicultural Arts Center, 41 Second St., East Cambridge, is intended by the city to advance the leasing process it began Oct. 18 with a request for developer bids.

But this is no random idea on the part of the city to lease out 420 of 1,100 parking spaces and some retail space in an underused building. Boston developer Leggat McCall proposed in October 2013 to use the same 420 parking spaces in the garage, at 55 First St., in East Cambridge near Lechmere, to supplement the mere 90 it can fit under its proposed redevelopment at the old Edward J. Sullivan Courthouse the next block up. The company suggested bringing in a 12,000-square-foot grocery store to make the idea go down easier among neighborhood foes. (Leggat McCall has also looked at leasing parking spaces from the CambridgeSide mall, another block down.) 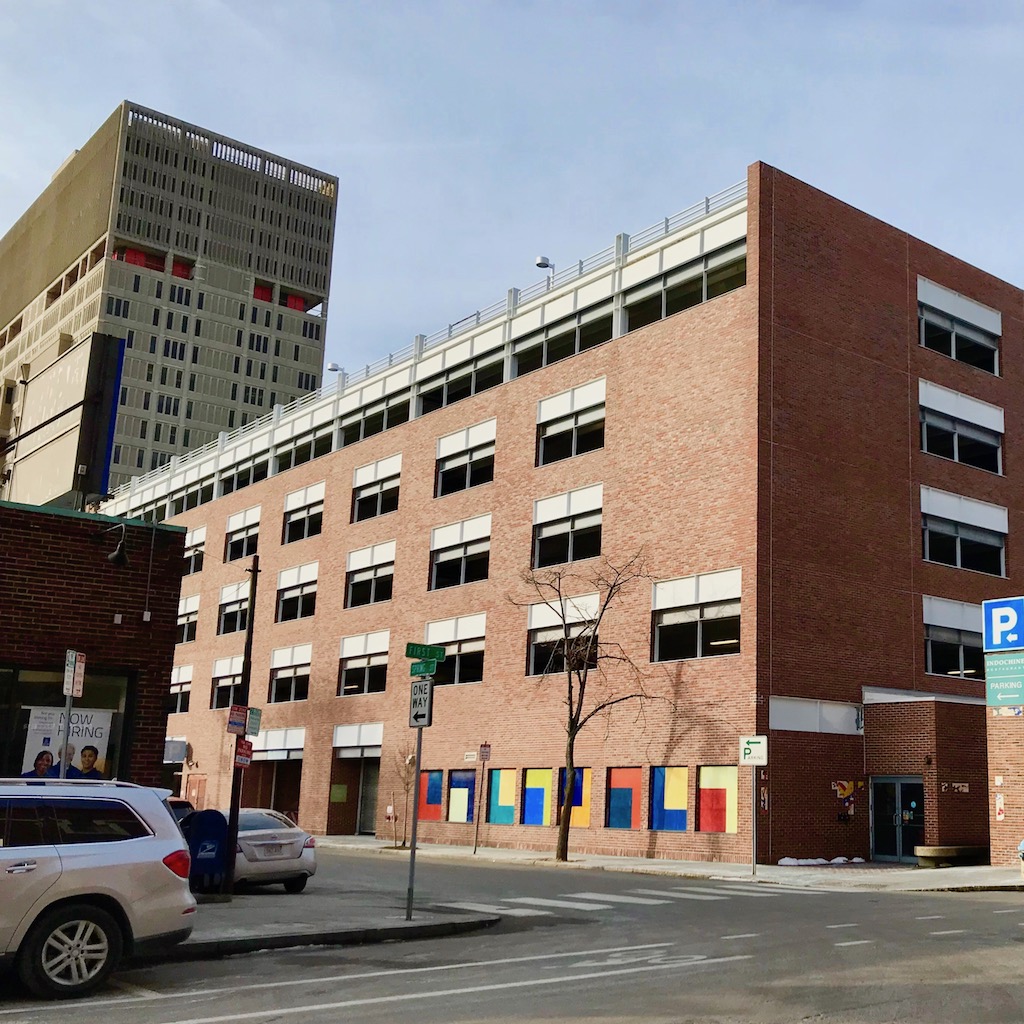 The idea of giving the neighborhood a grocery store was great, city councillors agreed at the time, but they asked how it was that Leggat McCall was attached simply because they won a state bidding process for the courthouse development?

Neighbors remain angry about having the outsized courthouse and jail forced on them in the 1970s and its likely legacy as a mixed-use building they still see as out of scale with the neighborhood. They note that the garage proposal, revived since the end of long litigation over the courthouse, is going forward independent of the Envision Cambridge citywide development master plan process.

“The world has changed dramatically in East Cambridge since [2013]. The many millions of square feet of new development approved [or] built in Kendall Square, Cambridge Crossing, Volpe and along Binney Street have put devastating traffic, parking and road safety pressures on East Cambridge,” Hinds said.

He noted also the September announcement by CambridgeSide mall operator New England Development of renovations expected to eliminate 800 of its parking spaces.

“Things have reached a breaking point,” Hind said, noting existing neighborhood reliance on the garage, particularly in snow emergencies. “To lose over 1,200 spaces while developing close to 1 million square feet will make all our lives worse.”

Instead, he asked for a pause in disposition of the garage space and for the “First Street Development Area” – between Third Street to the west, Edwin H. Land Boulevard to the east, Monsignor O’Brien Highway to the north and Binney Street to the south – to be studied for the best approach for development. “First Street is the only part of the neighborhood that has been excluded from previous planning studies,” Hinds said. “We had fought in support of Cambridge changing the planning process from isolated considerations of zoning impact which resulted in the Envision Cambridge process. There is no reason that this good planning sense should not apply to First Street.”

There’s a final argument: Disposition of public property demands a public process, Hinds said, and “no public meeting has been held prior to the issuance of the [bid document] as required.”

“We were assured by the city that a report by the city manager and public meeting would precede the disposition process, so the recent release of [a request for proposals] without any report or meeting is alarming,” he said.