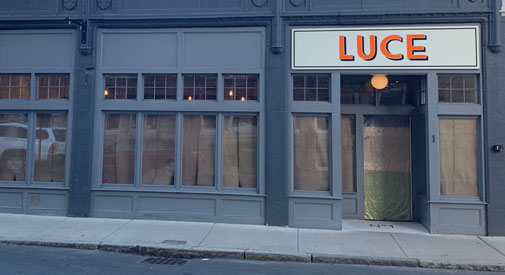 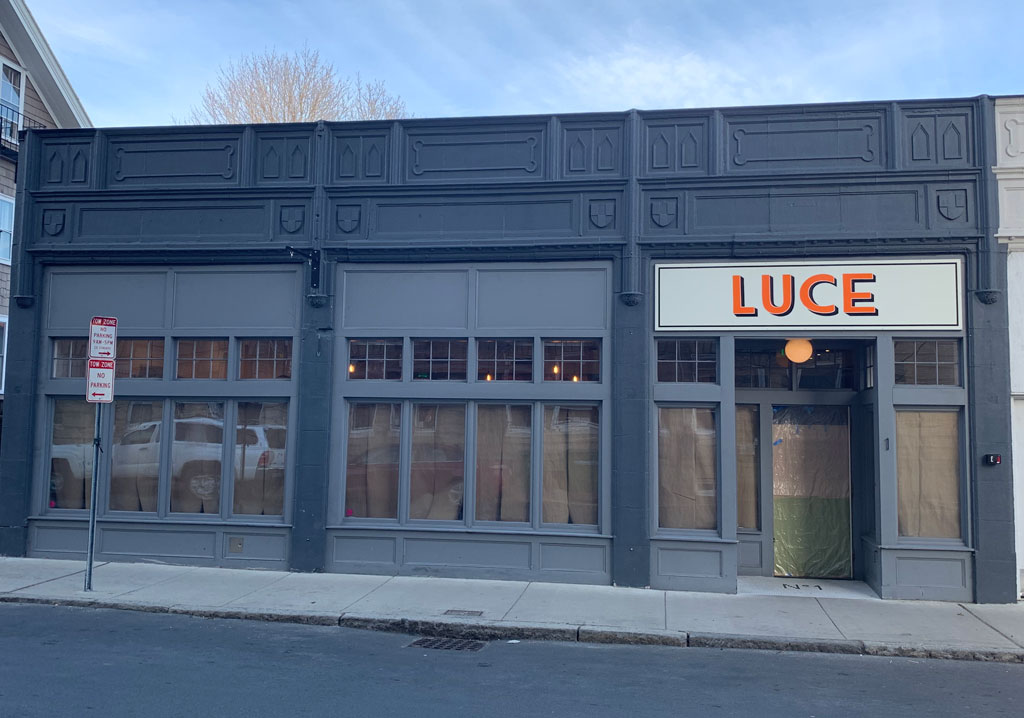 Luce is expected to open as early as this week on Shepard Street. (Photo: Tom Meek)

After a public battle with the neighborhood and hundreds of thousands of dollars spent on air purifying exhaust systems for smoke from its wood-fired grill, Shepard – an instant culinary darling for its inventive small plates menu and whole, wood-grilled chicken – closed at the end of last year. It wasn’t so much an end as a chance to reinvent the concept around a similar menu: René Becker opened Shepard with longtime area restaurateur Susan Regis in 2015; Regis bowed out, but not before installing an Italian brick pizza oven that will be key in Becker’s new endeavor.

The new eatery, in an updated facade just off Massachusetts Avenue on Shepard Street, is called Luce, after Becker’s elementary school-aged daughter, Lucy. The menu concocted with chef Scott Jones – already online – has Shepard-esque small plates, lobster salads, fava bean purée and tuna conserva. There are pizzas (fried calamari, pancetta and mushroom) and pasta dishes, half and whole sizes, and bigger plates of New York strip and sea bass. One might argue that the pizza and pasta dishes echo too much the offerings at nearby Giulia, which has lines out the door by 5 p.m., and Temple Bar, which has long offered pizza as a staple (a pizza oven fire a few years back almost shuttered the biz) and recently added homemade pasta dishes. Still, the other culinary offerings around the edges promise something new, and the mixology concoctions and wine list at Shepard were always top flight. It’s unclear how much of the interior is being resculpted; the old Chez Henri boasted a cozy bar, while Shepard was a singular open space where the bar flowed into the restaurant.

Becker is also owner of two nearby Hi-Rise bakeries. One classic at those eat-in, grab-out spots is the sweet and salty butter – unique and luscious in so many ways – made onsite. It was served with bread and dinner crackers at Shepard. One can only hope it returns at Luce.

Luce is slated to open as early as this week.