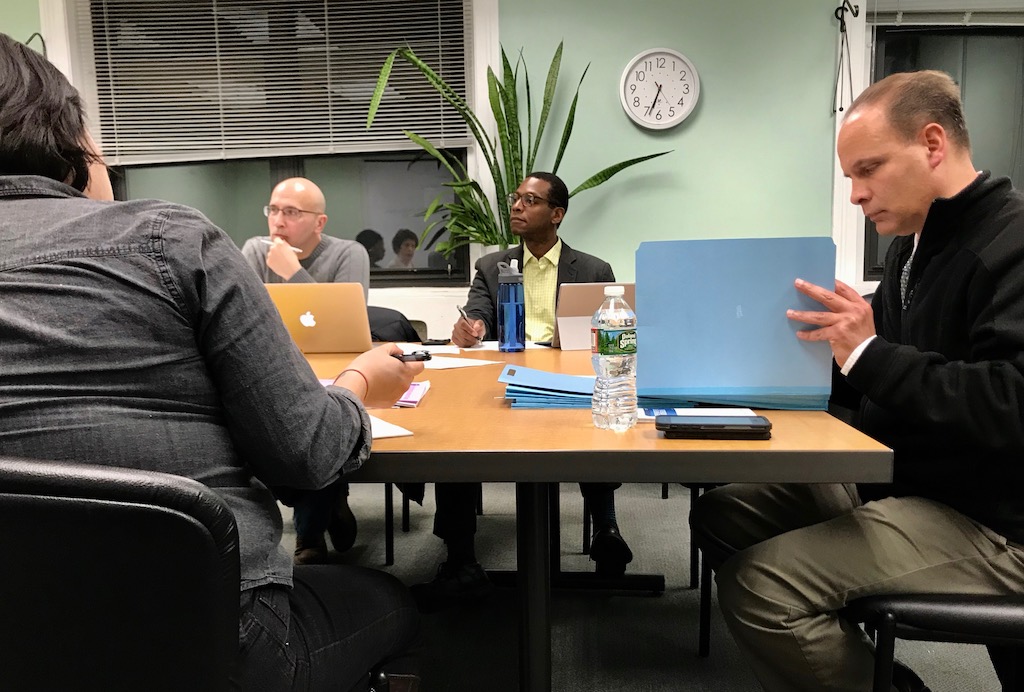 A citizen complaint of misconduct by Cambridge police Commissioner Branville G. Bard Jr. filed in mid-November hasn’t made it onto the agenda of the city’s civilian oversight board nearly two and a half months later, despite Bard’s actions raising “serious free speech issues” for the local chapter of the ACLU.

An investigation deciding whether they will even consider the complaint could take up to a year, members of the city’s Police Review & Advisory Board said at their Wednesday meeting.

In refusing to take questions about the complaint because it was not on the board’s agenda for the night, executive secretary Brian Corr twice said he would answer questions during business hours – without also mentioning that he would be out of the office and not available for questions from Thursday until Feb. 7. His out-of-office voice mail referred questions to project coordinator Crystal Rosa, but two voice mails left with her Thursday went unanswered.

One factor that can affect how quickly a complaint is handled is how quickly people involved in that complaint respond to questions, board chairman Ted Robitaille said.

“I can’t speak to the timeframe of that particular complaint, but generally speaking some complaints can be processed within a number of months and in some instances we’ve seen them take up to a year,” Robitaille said. “There are a number of variables – how quickly folks respond to questions, the investigative side of the report, the conclusion and then it’d come before Police Review & Advisory.”

Still, PRAB members could not talk about the matter, because the meeting was “limited to items before the board,” Robitaille said; Corr added that giving an update, even after more than a month of silence since giving receipt of a complaint, “wouldn’t be something we’d do in a meeting.”

The complaint against Bard is dated Nov. 18 by the board. A letter acknowledging the filing arrived nearly a month later, on Dec. 14. 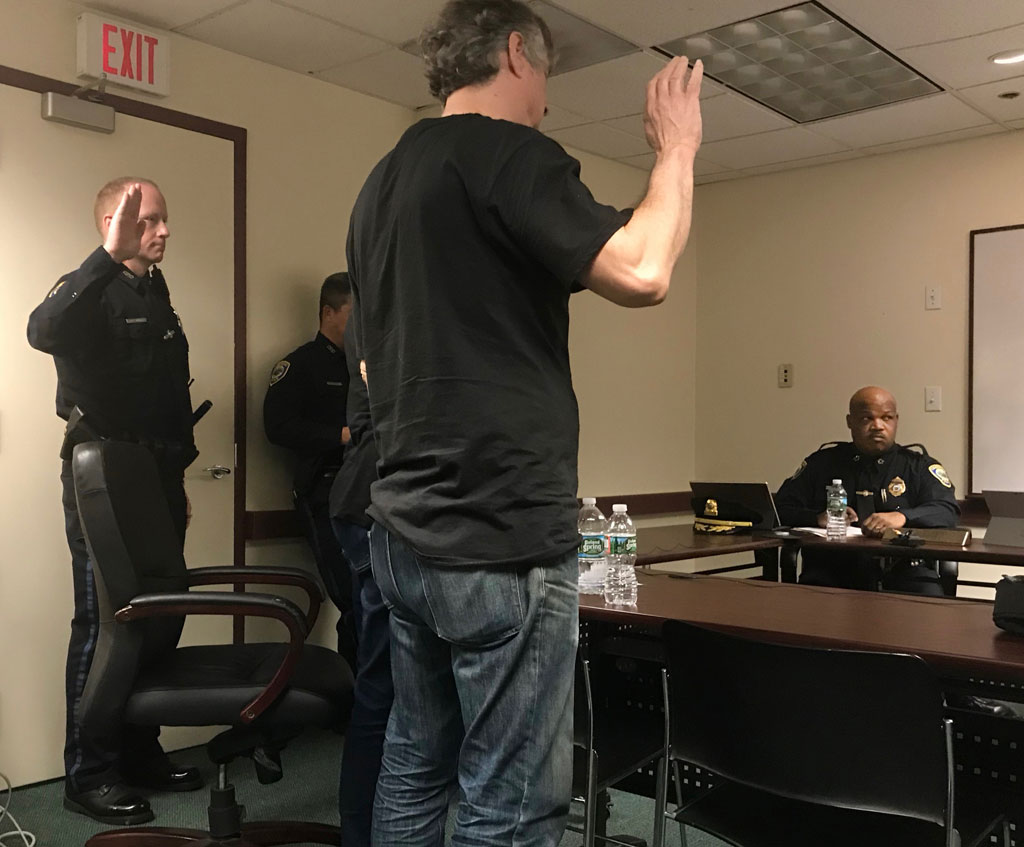 The complaint stems from a Nov. 7 meeting of the License Commission where, as a member, Bard voted to punish the co-owner of a North Cambridge business who had been accused by the commission of breaking several criminal laws by threatening and intimidating city officials – even though those officials gave testimony that they didn’t think the threats were physical in nature, but were more “that we would get in trouble for being wrong and harassing her.” The officials were fire inspectors who said they were enforcing a law.

The local chapter of the American Civil Liberties Union, provided with audio of the meeting and documentation from the commission’s files, found cause for alarm in Bard’s ruling. “This matter appears to raise serious free speech issues,” said Ruth Bourquin, senior and managing attorney at the ACLU of Massachusetts.

“Residents have a constitutional right of free speech, and that includes the right to object to how public employees are carrying out their duties. Efforts by public officials to intimidate them out of exercising that right, by imposing license suspensions for past expressions of concern, may well violate Massachusetts civil rights law,” Bourquin said last month.

The complaint against Bard, filed by Cambridge Day after he refused to discuss the rationale or ramifications of his ruling, was the 10th and presumably final one filed last year with PRAB, according to a public records request returned Dec. 19. In the five years before that, the five-member board – aided by Corr, Rosa and Cambridge Police Department Lt. Sil Ferreira for a total crew of eight – have received a high of eight cases annually (in both 2013 and 2014) and a low of two (in 2015). Among the 10 cases from last year, seven are still open; of the three that are closed, one required no action from PRAB because it had been filed more than 60 days after the incident.

The earliest case that is still open before PRAB is from Feb. 5; the three cases from 2017 and all prior cases aren’t active.

Of the 29 cases dating back to the start of 2013 that are no longer open, two were rejected because they were filed too late (7 percent of the total), though one case in 2017 was accepted despite a late filing, and one complaint couldn’t be pursued because the accused wasn’t a Cambridge police officer; two were closed with results deemed inconclusive (another 7 percent); three complaints were withdrawn (10 percent); and 17 cases are closed because officers were cleared of complaints against them, with an additional two cases closed with officers partially cleared (62 percent). Two cases were closed because an “alternative resolution” was found in each.

Allegations made against officers have been sustained in only two of 29 cases, with officers also partially cleared of wrongdoing in each.

Out of the office

It is true that investigations can take a year – or more. The longest case dating back within the public records request began Dec. 12, 2014, and ended Feb. 2, 2016, lasting more than 13 months. Another case began Oct. 23, 2013, and ended Oct. 31, 2014, lasting around a year. What may be most surprising about PRAB data is how long it takes to clear cases the board doesn’t take; it took the board from July 12, 2013, to Oct. 1, 2013, or nearly three months, to clear one in which PRAB had no jurisdiction because the “complained-of individual is not a Cambridge police officer.”

While the chairman had taken preliminary questions Wednesday about board practices, Corr cut off his answers, saying that contacting Corr at the office instead would be “normal procedure” and he would be “happy to talk during regular business hours.”

But on Thursday, it was discovered Corr would be out of the office until Feb. 7, a half-dozen business days later.