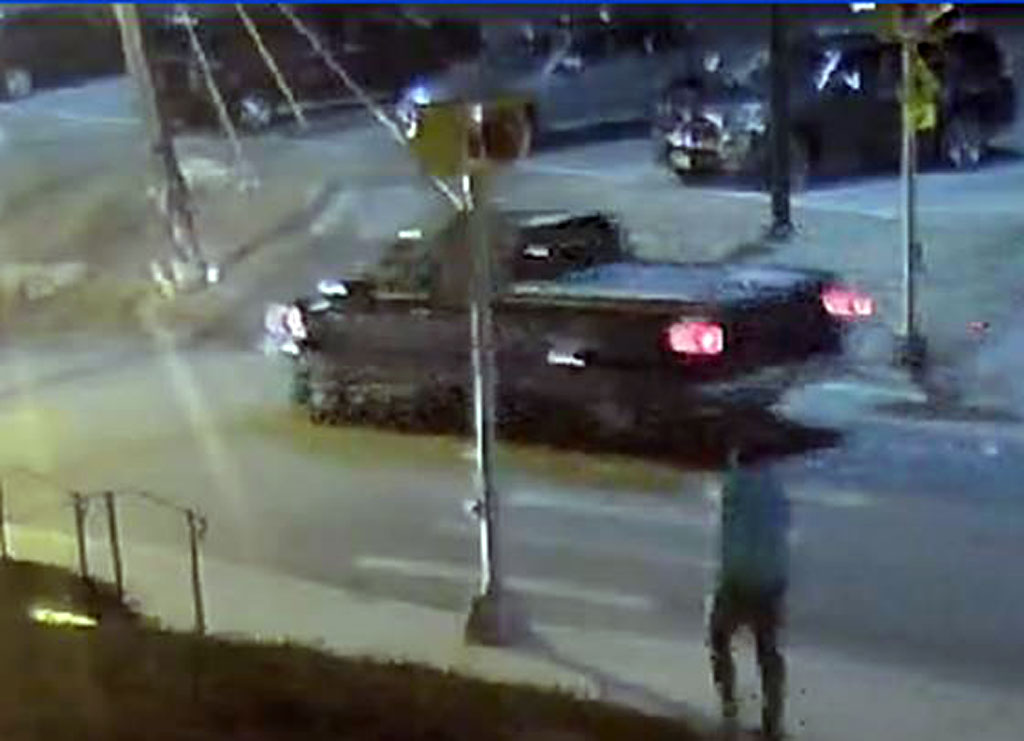 Surveillance footage at 7:15 p.m. Friday at Curtis and Winthrop streets shows a truck that may have been involved in the night’s fatal hit-and-run incident.

A Norwood man has been charged in the hit-and-run that killed Allison Donovan on Friday.

Donovan, 40, a Somerville resident who was born in Cambridge and attended Lesley University, was killed using the crosswalk at Powder House Boulevard and Hardan Road, near Teele Square in West Somerville. While walking with a friend at approximately 7:15 p.m., a 2003 black Ford F150 pickup headed east on Powder House Boulevard hit them and fled the scene, police said.

While the other woman was treated for minor injuries and released, Donovan was pronounced dead at Mount Auburn Hospital.

Investigators found images recorded around Powder House Boulevard, Curtis Street and University Avenue immediately after the crash that they believed to be the suspect vehicle, police said. On Thursday, a Tufts University police officer found a similar truck with front-end damage on University Avenue and notified Somerville police.

Investigators found the suspect, the registered owner of the vehicle – today announced that Edward Clark, 55, of Norwood – and arrested him on charges of leaving the scene of an accident causing death, said Middlesex District Attorney Marian Ryan, Somerville Chief of Police David Fallon and Somerville Mayor Joseph Curtatone.

Clark will be arraigned Friday in Somerville District Court.

Donovan, a Somerville resident for 15 years, was an educator with Watertown and Melrose public schools, but had a funeral Wednesday in Burlington, where she was raised, according to her obituary.

She graduated from Burlington High School with the Class of 1996 and went to Lesley for a bachelor’s of science in education, master’s degree and graduate certificate in literacy for the classroom. “Teaching was her passion, her life and her love,” family said in the obituary, and she spent a dozen years as an elementary education teacher at the Hosmer Elementary School in Watertown, became an elementary curriculum coordinator; acted as interim principal of the J. R. Lowell Elementary School from 2014-15; and then principal at the Lincoln Elementary School in Melrose from 2015-17.

“She enjoyed her position as principal, but felt her calling was not as an administrator of a school but more as a teacher, mentor and education advocate,” family said.

She was an avid hiker and loved to travel, said family, who asked for donations to be made to the Allison Donovan Memorial Scholarship, care of Watertown Public Schools.