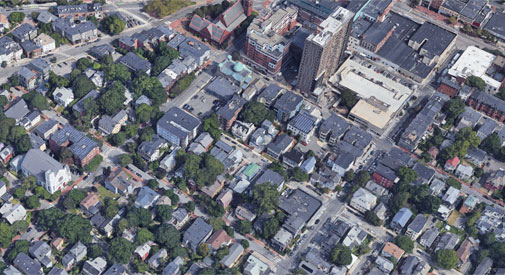 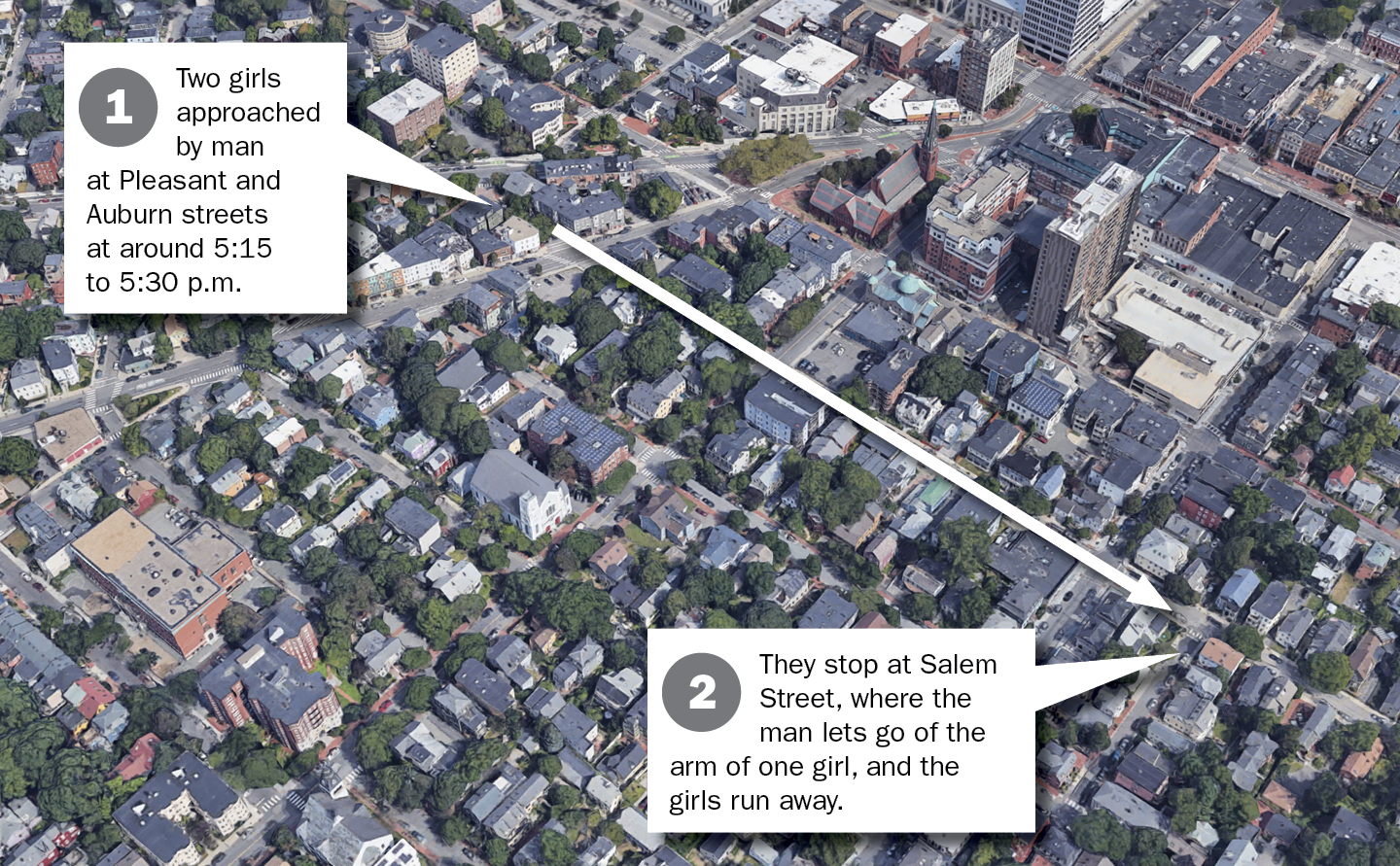 Police report two preteen girls had a worrisome encounter with a man in the Riverside neighborhood Wednesday. (Graphic: Marc Levy)

Cambridge Police are investigating incidents in which young women – including preteenagers – reported being approached by strangers.

On Wednesday, two preteen sisters said they had been approached by a man near Pleasant and Auburn streets in Riverside while they were walking home at around 5:15 to 5:30 p.m. The suspect asked for directions, grabbed one of the sisters by the arm and walked with them down several blocks before stopped at what was believed to be Salem Street. He asked the sisters if they wanted to go down an alley with him and, when told no, said he was sorry and removed his hands. They ran toward their home, police said.

The suspect was described as a black man wearing a black jacket and beanie hat, approximately 40 to 50 years old and around 5-foot-8. He reportedly smelled of alcohol.

Separately, a mother of a 17-year-old girl reported Wednesday that on Feb. 3 an unknown man had followed her daughter home from Central Square – and was the same man who reportedly tried to approach her daughter a year ago at her work and while she was walking home from school.

He was described as a white or light-skinned man with a noticeable scar on his head. He is bald and drives a black motor vehicle.

Extra patrols and a non-uniformed presence has been deployed to the areas on these incidents, police said, and the department is “working closely” with the families and school department on.