New developer steps in at decaying building, with two prices depending on court finding 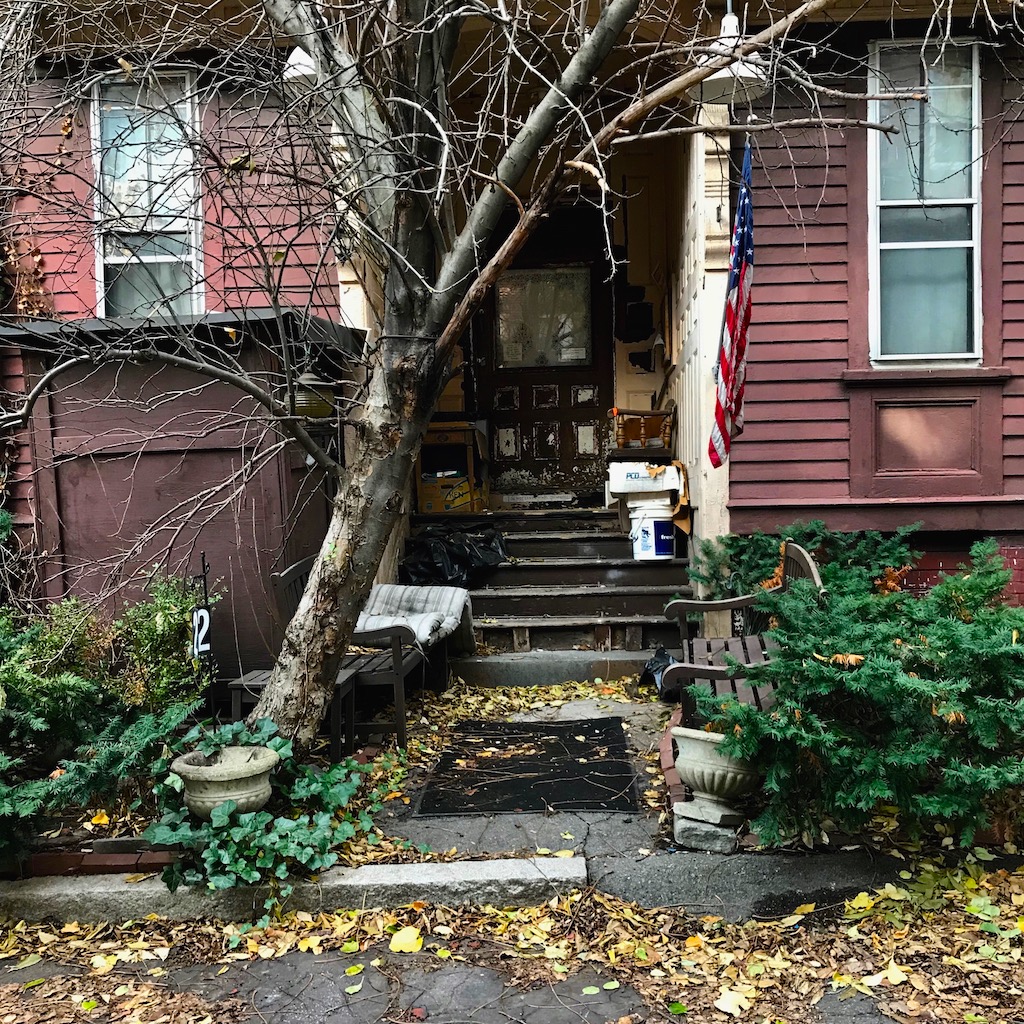 New developer steps in at decaying building, with two prices depending on court finding

The 12-unit building at 12 Arnold Circle has been empty during legal battles over its redevelopment. (Photo: Marc Levy)

A new developer has agreed to buy a dilapidated and deteriorating 12-unit building whose fate has been in limbo over the city’s affordable housing ordinance. Despite the agreement, the city and the building owner are still at odds in two courts.

The Board of Zoning Appeal ruled Nov. 29 that any development at 12 Arnold Circle would have to include 20 percent of the 12 units – two or three, depending on the math – at prices affordable to low- or moderate-income residents, in keeping with the ordinance. That dealt a blow to owner Kenneth B. Krohn and the developer who previously agreed to buy, Sean Hope. But, as board chairman Constantine Alexander pointed out, that would not be the end of the story. He said at the time: “We’re going to render a decision. Then the legal process will take hold. How long it takes, we can’t control.”

At the time, the legal process had been going on since 2016, when the city sued Krohn in Superior Court over his failure to make repairs. Krohn, 80, bought the building in 1974 for $95,000 and soon stopped renting apartments as tenants moved out. He lived there alone and later, with his wife, and used the entire building to store his books, papers and other personal possessions. 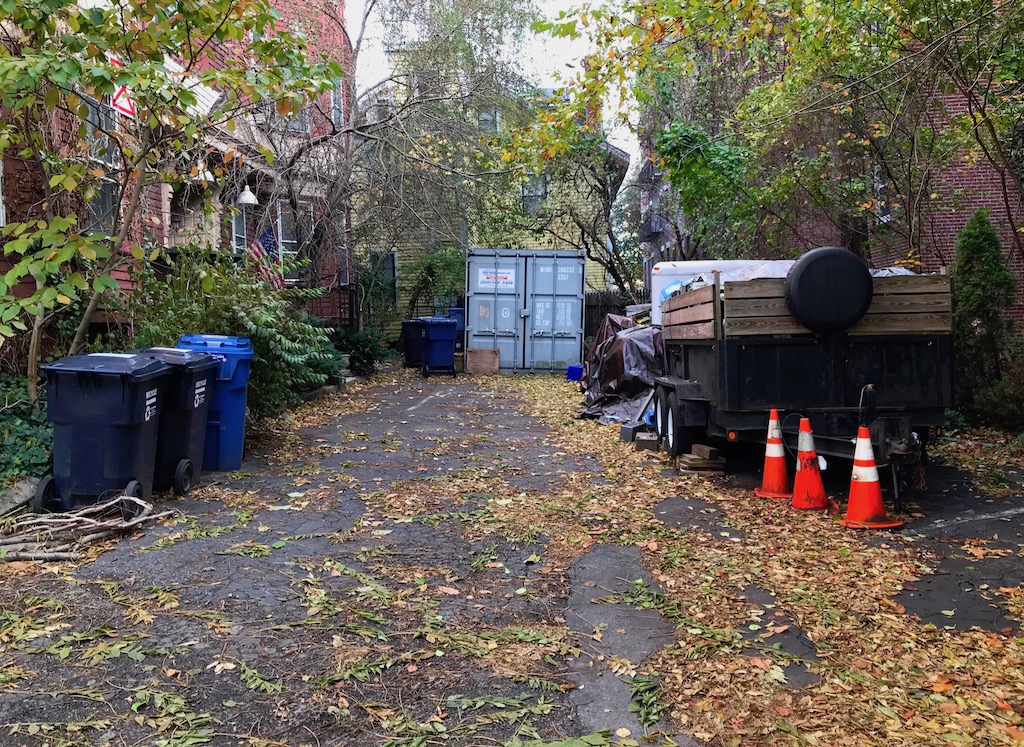 Arnold Circle, seen in the fall of 2017 with 12 Arnold Circle at left, is off Massachusetts Avenue near Central Square. (Photo: Marc Levy)

City inspectors found the building filled “floor to ceiling with combustible materials” in 2011 and ordered Krohn to clean it up and repair it. When he didn’t meet the city’s deadlines – he said he didn’t have the money to hire anyone – the city turned off utilities and the Krohns moved to an apartment near Fresh Pond; Krohn contended he was forced out.

After the city sued, Krohn, who received a law degree but couldn’t get licensed in Massachusetts partly because he served time in federal prison in the 1970s for extortion, removed the case to federal court. (Krohn graduated from Harvard and the Massachusetts Institute of Technology and had an illustrious career as a mathematician before getting into trouble with federal prosecutors over a failed deal with a Mexican businessman. He pleaded guilty to extortion in 1977 and served three years).

The federal judge appointed a receiver to push for the sale of the building, over Krohn’s objections, then sent the case back to state court when Krohn sought a ruling that the building wasn’t subject to the affordable housing ordinance.

There the matter stood when the BZA made its ruling, and it remained stuck there until the past three weeks. On Feb. 15, Krohn asked another state court, Land Court in Boston, to rule that the ordinance didn’t apply to 12 Arnold Circle and that he could return to live in the building; he also challenged the city’s interpretation of the two-year-vacancy provision in the ordinance more broadly. That is the section that applied to Krohn’s building, the city said.

Krohn filed an “emergency motion” in the Superior Court case Feb. 28 to sell the building to Edward Doherty, of Danvers. Doherty heads KEMS Holding Corp. in Lynnfield and is listed as the manager of KEMS Construction in Danvers, both development and construction companies.

KEMS won Cambridge Planning Board approval in 2016 to construct a 44-unit building at 95 Fawcett St. near Alewife, with five affordable units. Reached by phone, he confirmed that he has “a signed [purchase and sales agreement]” with Krohn for 12 Arnold Circle and intends to buy the building “to renovate it and sell the units as condos.”

As for the issue of affordability, Doherty said he will pay one price if the BZA ruling is overturned and a lower price if some of the units must be affordable. He declined to provide figures. Krohn’s agreement with the previous developer, Sean Hope, would have given him $5.4 million if none of the units were affordable; there was no contingency price.

There’s a catch in the new agreement: the receiver, Woburn attorney Daniel G. McAuley, must approve it. And, in a mysterious email to the receiver, Krohn on Monday accused the city of trying to impede the deal. Krohn’s message said the city’s lawyer, assistant city solicitor Paul Kawai, had written to the receiver and asked him to oppose Krohn’s emergency motion as “inappropriate.”

Kawai declined to comment because, he said, it’s in litigation. Krohn and McAuley didn’t respond to messages. McAuley had proposed a similar two-price agreement months ago.

Neighbors of 12 Arnold Circle in the cul-de-sac off Massachusetts Avenue where the building stands told the Board of Zoning Appeal in November that they wanted to see the building repaired. In May 2018 a rotten tree on the Krohns’ property fell, damaging 10 Arnold Circle and a patio and yard at 15 Lee St., they said.

Doherty said the building is “in a state of disrepair but has good bones.” If he buys it, he could finish the project in 12 months, he said.