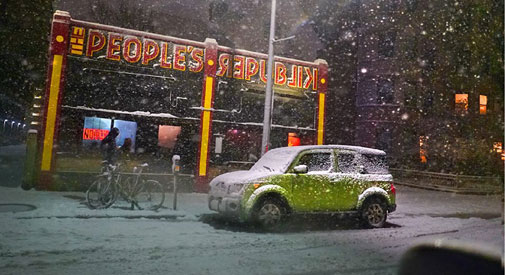 The Cambridge artists – Karl Baden, Malia Edney, Judith Motzkin, Deidre Tao and Shane Taremi – are awarded $1,000 each for a two-year license to their original designs, which property owners can put up in their windows. Installations are expected in the spring.

More than 400 pieces of original artwork were submitted, with 13 selected as semi-finalists by the jury, and more than 1,600 people voted after checking out the displays online and at the City Hall Annex. 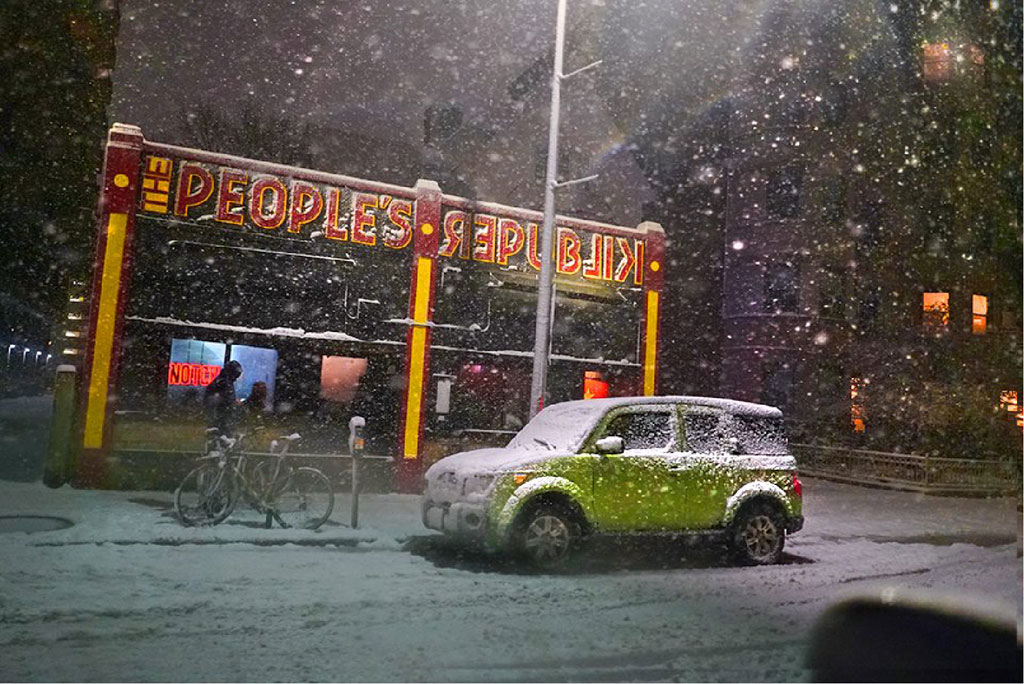 “People’s Republik in Snowstorm,” by Karl Baden. If the name seems familiar, Baden, an associate professor of photography at Boston College, got some attention in 2017 with the news he’d been taking self-portraits of himself every day for three decades. (The accidental “father of the selfie” missed one day in all that time.) He’s also been exhibited widely, including at the Museum of Modern Art in New York, Institute of Contemporary Art, deCordova Sculpture Park and Museum and Museum of Fine Arts in Boston. 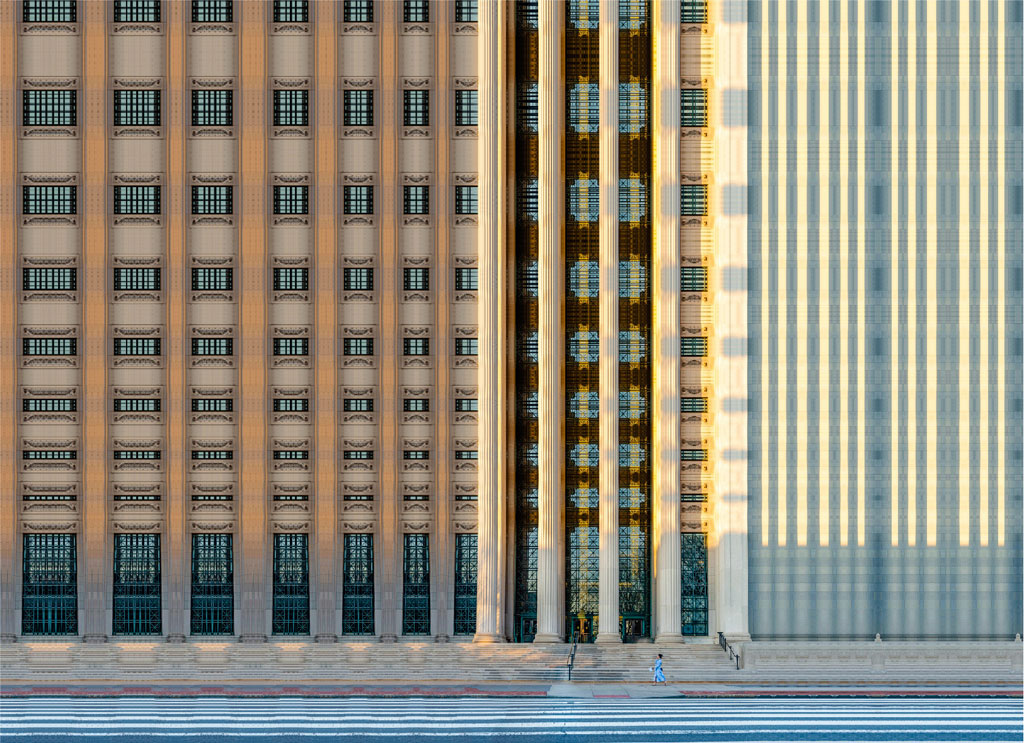 “Woman in Blue,” by Shane Taremi. The self-taught, freelance photographer contributed one of his “Unreal Realities” – a series in which he starts with a straightforward image but takes elements from its edges to create an expanded cityscape that soon dwarfs the living subjects. “These surreal cityscapes are meant to blur the line between the subject and its surrounding by competing for presence in the frame,” he says. The result are “spaces with vast perspectives where buildings soar above the human scale and architectural elements unique to each city produce one-of-a-kind patterns.”

“Woman in Blue” was shot in front of the Massachusetts Institute of Technology’s Building 7, its main information center and School of Architecture and Planning, at 77 Massachusetts Ave. “It best represented architectural elements unique to the city of Cambridge and highlighted MIT’s history of commissioning progressive buildings and architecture, in addition to its overall cultural importance to the community,” Taremi said. More “Unreal Realities” could make themselves known soon; he planned to use his prize to fund local exhibition of the series. 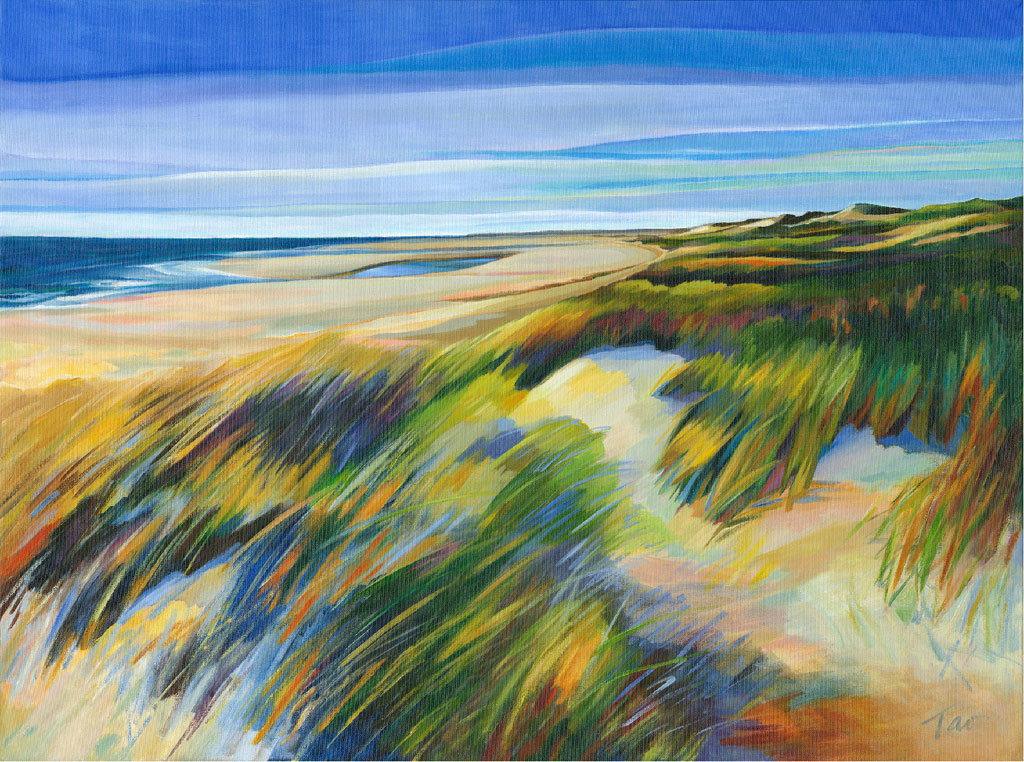 “Place of Peace,” by Deidre Tao. A specialist in contemporary New England landscapes, Tao says she knew even as a child she wanted to be an artist; in high school she took weekend classes at the Massachusetts College of Art and Art Institute of Boston. She even sold artwork to save for college. Now, as an adult, she is supported by patron subscribers and continues to make a living as a painter. Her winning entry is part of an ongoing series called “Water’s Edge” that explores shorelines in different seasons and locations along the East Coast – this one in Provincetown, on the Cape Cod National Seashore.

“I use vibrant colors and play with the relationship of water, sky and land in my work. In this piece I am conveying a sense of place, such as the feeling and sound of the wind rustling the beach grass with a long view toward the ocean and sky on the horizon line,” Tao said. “I submitted this piece because I thought it would translate well to large-scale format, and that it might be enjoyed as a rendering of local nature in full color in the midst of the metal and glass of the cityscape, making kind of a fun juxtaposition.” 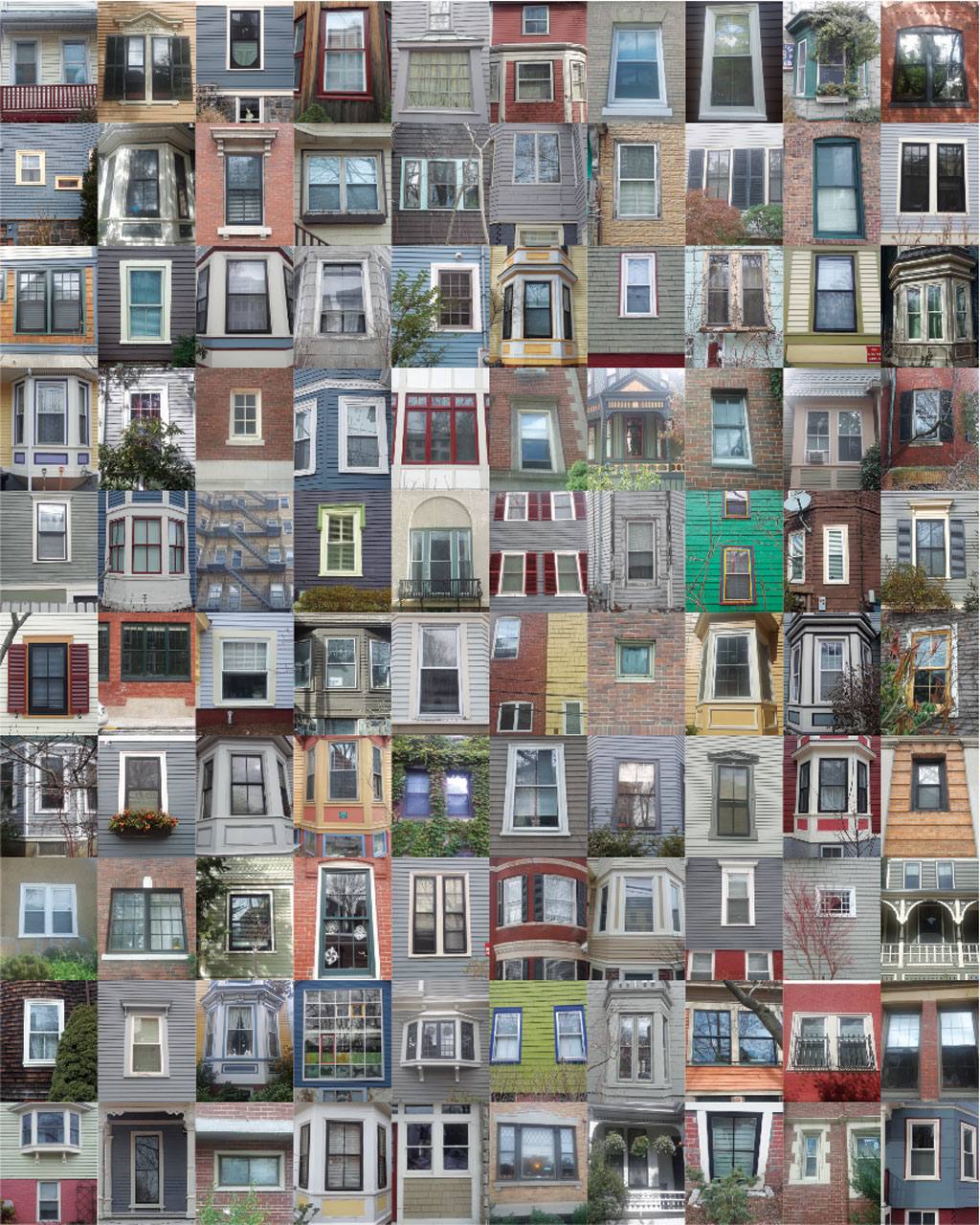 “Windows of Cambridge,” by Malia Edney. As a graphic design major at Lesley University’s College of Art and Design, Edney has experimented with video and vibrant line art and collage that plays with themes of feminism and empowerment, as well as more playful work that anthropomorphizes her own running shoes. For her submission to the storefront contest, she explored something simultaneously more abstract and concrete: the many styles of windows found along the streets of New England. Many? There are an even 100 in this grid, all found in Cambridge and showing “what I thought made Cambridge different from other places I’ve been. For me that is the buildings. My first visit here I remember being so blown away by how each building has its own character; how a house can be bright yellow next to a house that is bright blue,” Edney said. “I was seeing big pieces of art all around me, and that made me want to live here and experience the city more.”

“Every time I would see a window that stood out to me … I would take a picture of it,” Edney said. The process started late last year, with Edney quickly gathering the roughly 20 needed for a project of her own, then continuing to shoot on her phone. “I live on Lesley’s campus and usually get around the city by walking, so I wanted to pick windows that I see every day on my walk to class and also some windows that I don’t see every day.”

The prize money is earmarked for a pretty obvious cause: “Without a doubt” it’s going toward tuition at Lesley, Edney said. 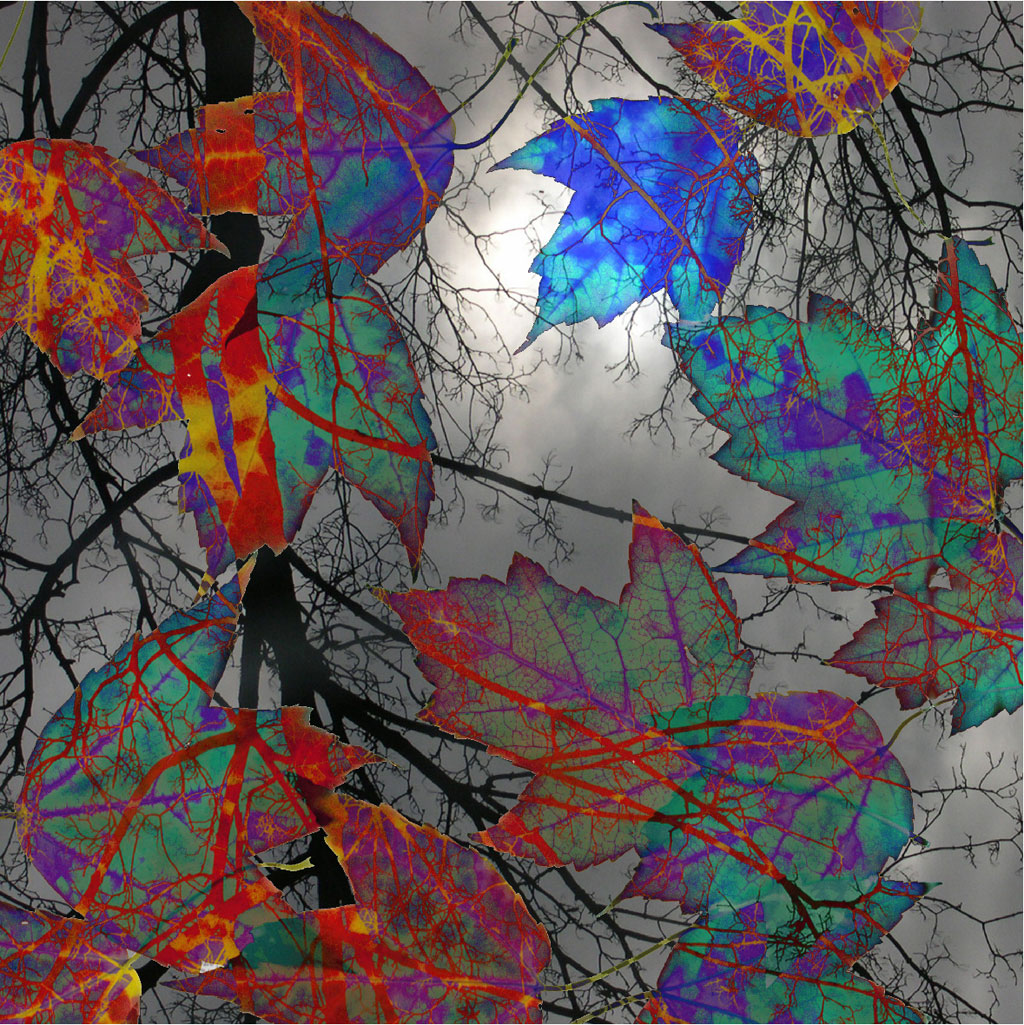 “Autumn Leaves, Bare Branches,” by Judith Motzkin. Part of the city’s Community Supported Art program, Motzkin works mainly in clay – a medium that dates back to her time as an Asian Studies major at Cornell University, when she delved into the history of ceramics. As a member of the Clay Dragon Studios (1977-1985), she experimented with smoke and fire on polished clay forms and established her own studio in an old stable next to her home. Over time, her work has expanded to include mixed media, assemblage, installations and photography.

This post was updated March 14, 2019, to correct an aspect of Deidre Tao’s biography misinterpreted from the artist’s website.