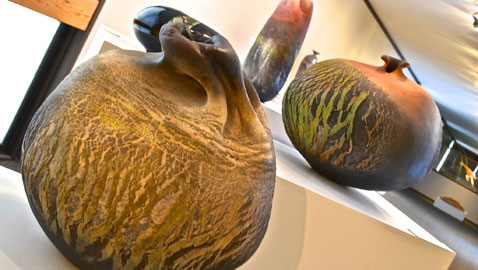 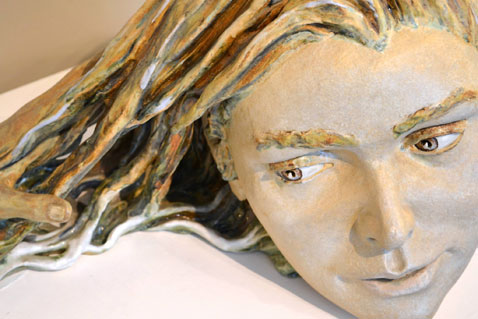 It’s been three decades, but East Cambridge’s Clay Dragon is roaring again – in Brockton, where The Fuller Craft Museum has gathered the work of 10 ceramics artists for “Legacy of Fire: Clay Dragon Studios Revisited.”

From 1976 to 1984, the artists shared a gallery and workspace in the A.H. Davenport building on Otis Street, inheriting the space of the fine furniture company that gave the world the davenport sofa.

The exhibition – dedicated to the memories of members Shellie Zimmerman Brooks and Elee Koplow – got a reception today with speaker Wayne Higby, director of the Ceramics Art Museum at Alfred University in Alfred, N.Y. The exhibit opened Jan. 31.

“Legacy of Fire: Clay Dragon Studios Revisited” runs through April 26 at The Fuller Craft Museum, 455 Oak St., Brockton, when there will be a closing reception from 2 to 5 p.m.

The museum opens at 10 a.m. Tuesday through Sunday. Closing time is 5 p.m. except on Thursdays, when closing time is 9 p.m. (Admission is free from 5 to 9 p.m. Thursdays.) General admission is $8, or $5 for seniors and students and free for children under 12.

Homepage image: Works by Kyoko Tonegawa on display in a photo from The Fuller Craft Museum.