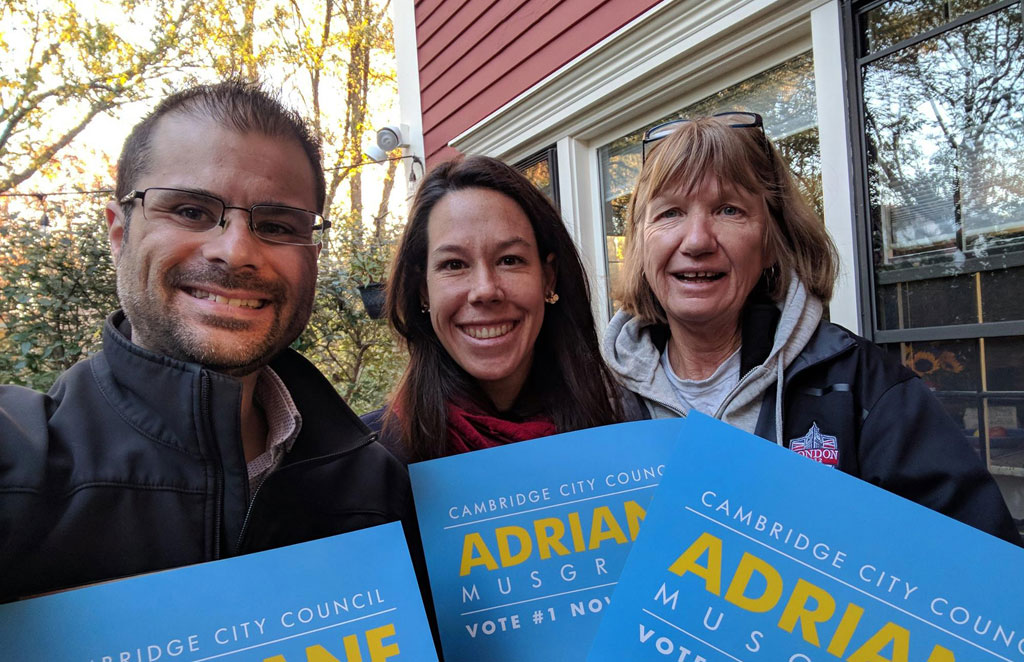 Adriane Musgrave has announced a campaign for City Council, making her the third candidate to make an official entry into the race to be decided in November.

Musgrave, since a run for council in 2017, has been executive director for the small-business group Cambridge Local First; this month her resignation was announced by the organization with the news its board voted March 13 to hire Theodora Skeadas as interim executive director, while Musgrave is noting her work as part of her platform for running.

“When I think about Cambridge, I think about the next 15 or 30 years. I want to make sure that we are putting in place the policies, structures and systems to ensure that our city remains a vibrant, racially and economically diverse city that welcomes people of all backgrounds. I am focused on making change that reflects the needs of the modern, urban family and addressing the challenges intensified by our booming economy,” Musgrave said in a press release.

In 2017, she earned the endorsement of the A Better Cambridge Action Fund, a group that advocates for the construction of housing as a means to keep real estate affordable. She was also named one of the “most promising new candidates” by StreetsPac MASS and supported by the Cambridge Bicycle Safety Group.

She is also a cofounder of Upgrade Cambridge, which advocates for city-owned Internet infrastructure and digital equity in general. “Adriane has already demonstrated that she’d be the kind of city councillor that every resident would want representing them,” said Saul Tannenbaum, cofounder of Upgrade Cambridge and A Better Cambridge, and a Central Square resident. “She’s relentlessly knocked on doors to listen directly to residents’ concerns and she thinks about our problems in all of their complexity. She believes in good government and good data, and is looking for long-term solutions that will uphold our Cambridge values.”

She has also been board secretary for poverty nonprofit Interise and a management consultant to Fortune 500 companies since earning a bachelor’s degree and Master of Business Administration from Boston University, according to information on her website. She has lived in Greater Boston for more than 15 years, and 10 of those in Cambridge. She lives in North Cambridge with her husband and young son.

Other early supporters including Sally Eaton Arnold, a resident of Porter Square, who said she was impressed by Musgrave’s work at Cambridge Local First and her “commitment to a greener Cambridge and to working hard on our traffic woes”; and David Sullivan, a North Cambridge resident and city councillor himself in the 1980s. “Adriane is a strong leader in our fight to keep Cambridge fair and diverse, especially through her affordable housing efforts,” Sullivan said.

Musgrave said she planned to “continue to champion smart zoning and affordable housing, advocate for universal day care and kids programs and ensure that we are investing in city infrastructure, especially safe streets for walking and biking.”

She joins Charles Franklin and Johnny Berosh as announced challengers for council seats.