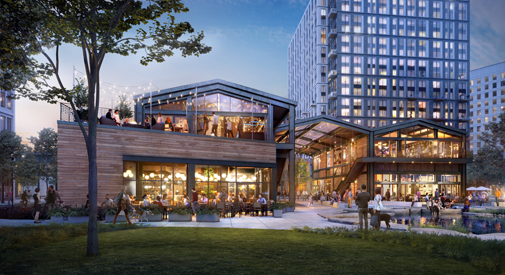 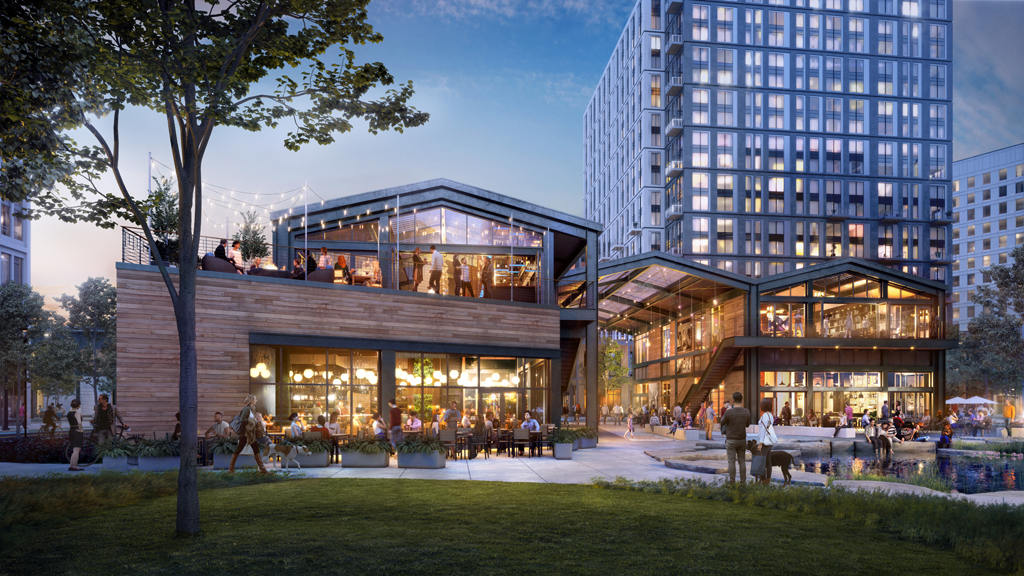 A rendering of three eateries being brought to Cambridge Crossing in 2020 by chef Will Gilson. (Image: Steelblue, courtesy of DivcoWest)

Inman Square restaurateur Will Gilson is moving into Cambridge Crossing in a big way: He has an all-day café, full-service restaurant and cocktail bar with a rooftop terrace opening there in early 2020, according to the neighborhood’s developer.

Names for the three eateries won’t be available until later this year, but a press release Wednesday from DivcoWest said the all-day café would specialize in breakfast sandwiches “and a variety of healthy options,” including as grab-and-go options, and baked goods; that the full-service restaurant would have 60 seats and an additional 20 on a parkside patio, with “an approachable menu” offering a combination of main and small plates that “will embody a neighborhood feel”; and that the second-story cocktail bar would have a locally sourced food menu and a large terrace overlooking a park. All will be in a building called The Shed, now being built in the middle of the 43-acre Cambridge Crossing.

Gilson runs Puritan & Co., which was listed on Bon Appetit’s “50 Best Restaurants” shortly after opening in 2012, and recently opened a pop-up called Café Beatrice in Allston.

“We want to build a place that accommodates everyone from morning commuters grabbing a coffee, to residents and tenants in need of a quick bite, to friends enjoying a night out,” Gilson said in the press release. “We are proud to introduce the first dining experience to Cambridge Crossing, which is designed to be not just a restaurant but rather a destination within a growing and inclusive community.”