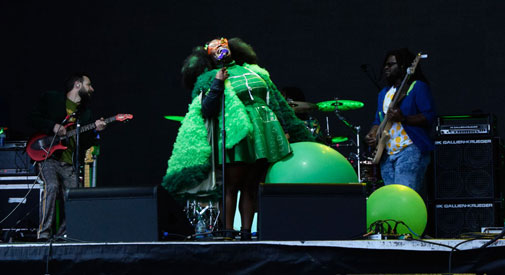 From its beginnings in City Hall Plaza to its current home in Lower Allston, the Boston Calling music festival has grown into an annual event that attracts thousands of people and top-billed performers such as Travis Scott and Twenty One Pilots, who performed last weekend at the festival’s 10th installment. Although Boston Calling has expanded remarkably since its debut in 2013, nothing is perfect, so here is a breakdown of some highs and lows from the event this year. 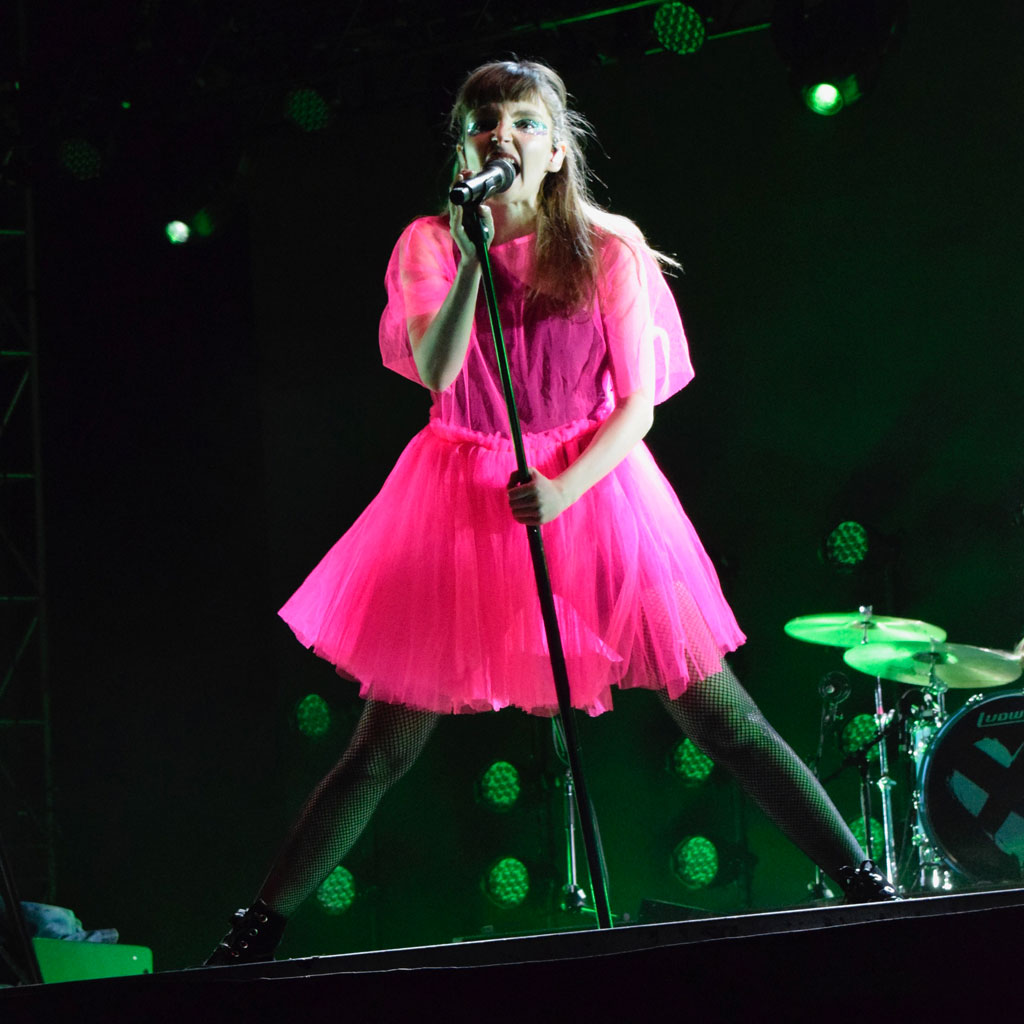 Music lineup: Although this year’s lineup didn’t include as many big name artists as some editions in the past, the lesser known performers that took the stage, such as Pale Waves and Cautious Clay, did not disappoint. (You don’t need to be a chart-topping musician to put on a great set.) Attendees definitely had the chance to expose themselves to new groups and genres. 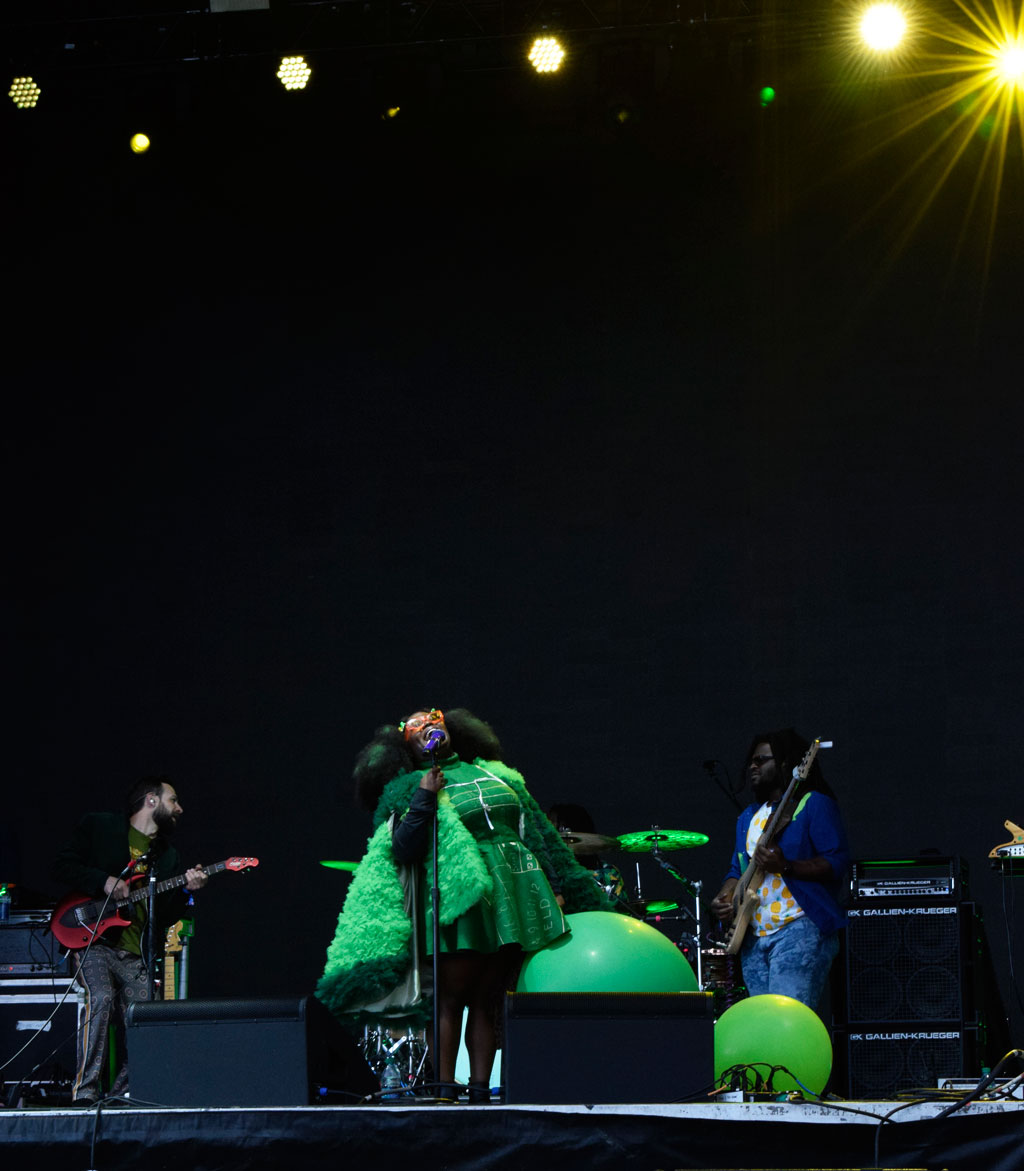 Food: There were more than 30 vendors at the festival serving a variety of dishes. Attendees could choose between plant-based ice cream from Fomu, gooey mac and cheese from Joe’s American Bar & Grill, savory rice bowls from Riceburg, traditional festival fare such as burgers and sausages, and many more. There seemed to be something for everyone, so even the pickiest of eaters would have been satisfied – and visitors to the festival said so during interviews.

Weather: Since Boston Calling is a rain or shine event, the weather always has an impact on the experience. There were blustery times this weekend and the evenings got cool, but this year there were no rain clouds in sight and each day was warmer than the next. 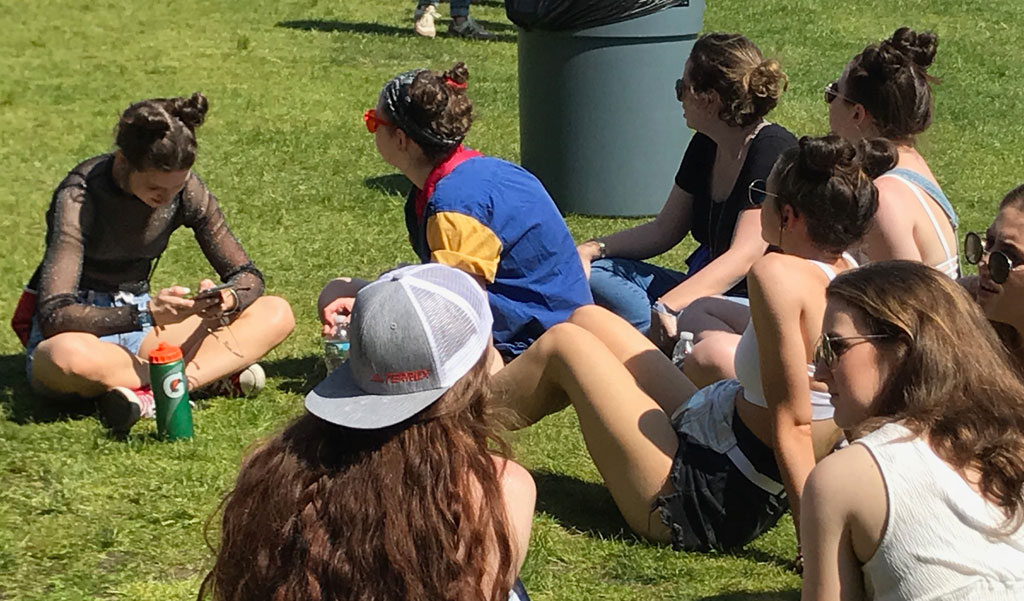 Fashion: Music festivals are known for people showing off their style, and Boston Calling was no exception. There were plenty of festivalgoers decked out in trendy combinations of bright colors and patterns (or maybe just favorite band T-shirts), and some took advantage of warmer weather by shedding winter layers – maybe even more so than warranted by the actual temperatures. It felt like people were trying to bring Coachella vibes to the East Coast.

The Boston Calling app: Phone service is spotty in a crowd with thousands of people, so downloading the Boston Calling app in advance was helpful in providing a map of the festival grounds and tips for transportation and crucial in determining a schedule of performers.

Interactive comedy: During Melissa Villaseñor’s sweet comedy set, the “Saturday Night Live” star made a gentle joke about the lack of tilde on her name as projected behind her in the Arena Stage. Moments later, the name disappeared briefly and came back corrected. The audience urged an at-first confused Villaseñor to turn around to see. “I thought you were heckling me,” she told the crowd, before appreciating the change and announcing “now back to my bit.” (Villaseñor, who also mingled with fans after her set, deadpanned about her name: “It means man house.”) 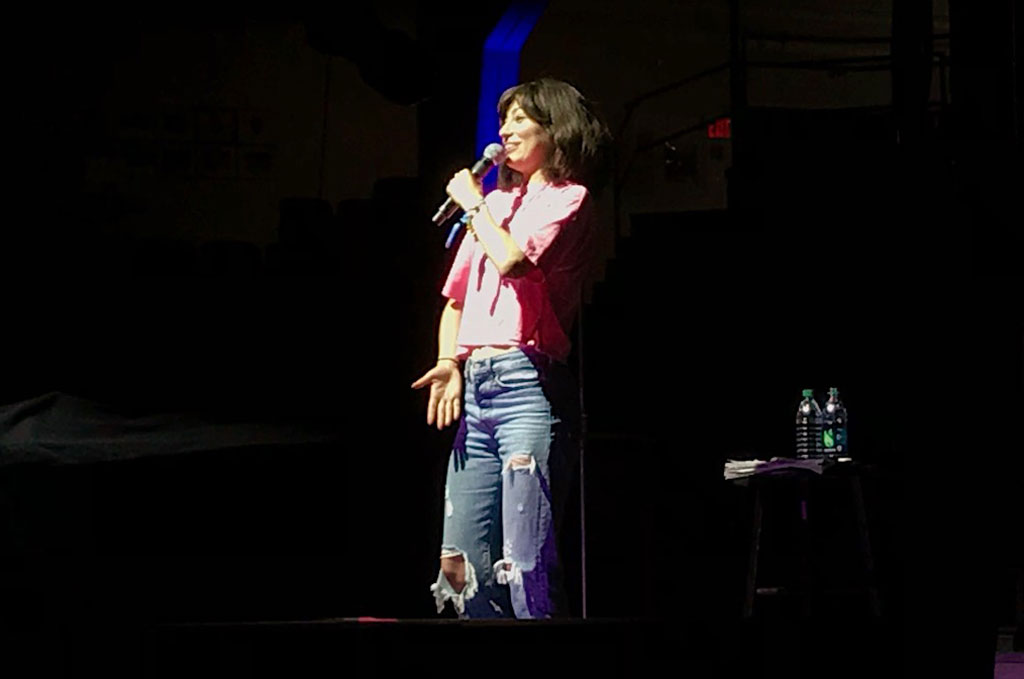 Facilities: A spotless restroom isn’t expected at an event with so many people, but maintenance continues to disappoint – and, at times, disgust – when it came to the rows of port-a-potties that were the only option for attendees. Visitors said they were also surprised that there was only a single place on the fairgrounds to refill water bottles. (But credit to Boston Calling for the water handed out free by security to people waiting long times for performers to take the stage.)

Directions: The festival map is well laid out, but navigating the grounds is difficult for first-timers (and when there’s a year between visits). Additional signs pointing in the direction of the different stages, restrooms and food vendors could help avoid confusion. On the other hand, festivalgoers said they liked the side-by-side Red Stage and Green Stage, which made it easy to hop from one performer to the next – assuming the next performer there appealed.

Crowds: Concerts are meant to be loud and wild, but some crowds got downright rowdy despite security staff pacing stage fronts and the aisle between audience sections. During the Travis Scott set, people closer to the stage shoved and knocked into each other, forcing a decision that made it hard to enjoy the show – between being close to the performer and being pushed around or watching from a distance and not having to fight rambunctious fans. 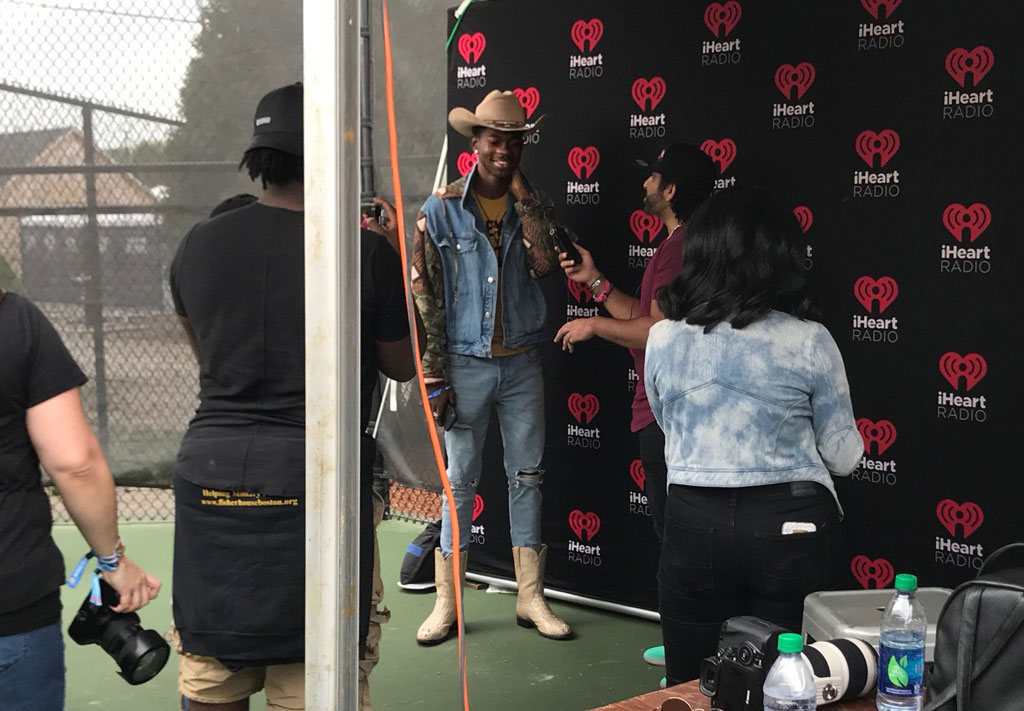 The two-minute set: As nice as it is to capture lightning in a bottle by getting Lil Nas X on stage to do “Old Town Road” (in the middle of a set by Anderson .Paak & The Free Nationals), it was both totally predictable and utterly ridiculous that he would spend a whole two minutes on stage. As a surprise performer whose stage time wasn’t announced, he was gone before people could run over to see.

Neither high nor low, but worthy of mention 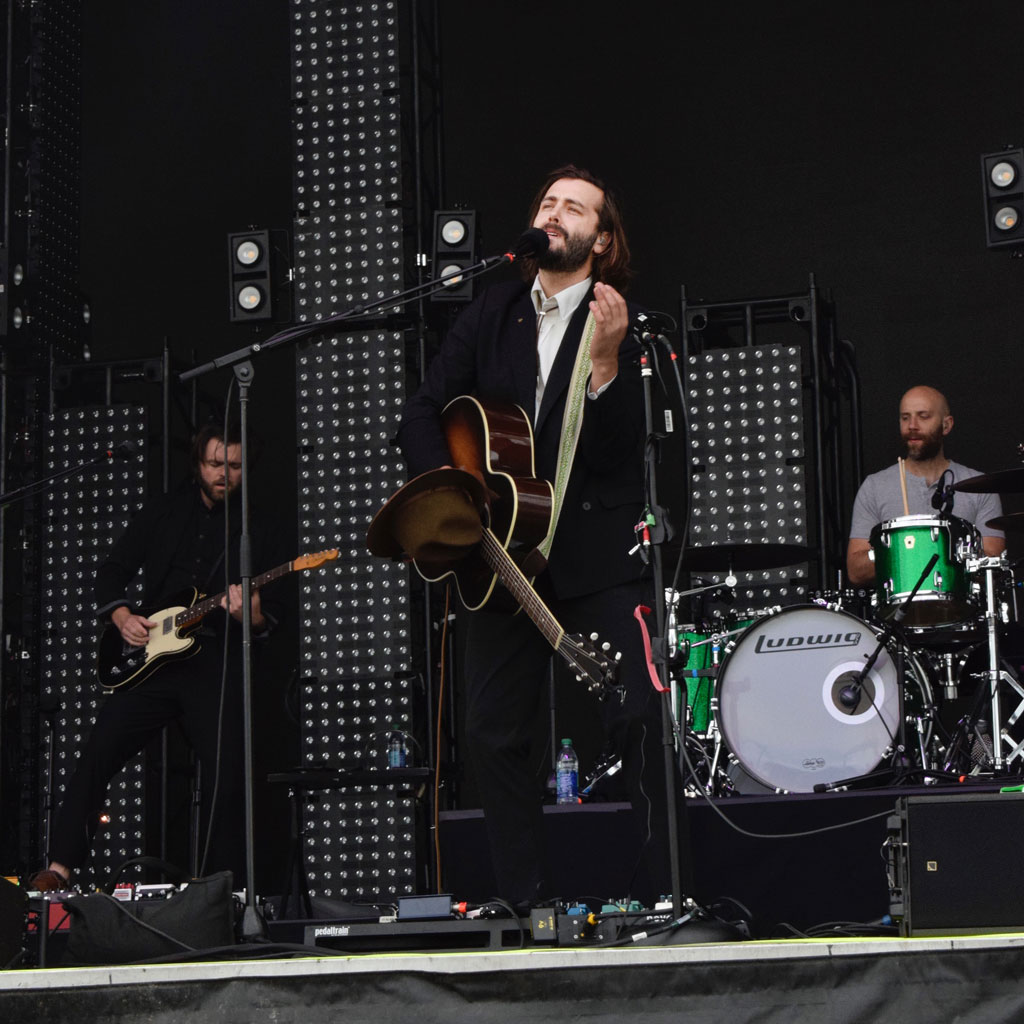 Overlapping acts: We’re not talking about losing Janelle Monae (definitely a low), but about an eyebrow-raising overlap in names that might even have sent some more clueless music fans to wrong stages for the wrong shows. This was the Boston Calling with an Odesza and a Dessa; and a Marina (musician) and a Marina Franklin (comedian). And who can keep track of all the royalty? There was King Princess and Princess Nokia performing at different times Saturday on the same stage, not to mention separate sets by Christine and the Queens and Lord Huron. There was also a lot of animal names to go around: Snail Mail, Snakehips, Rainbow Kitten Surprise, Bear Hands and Tame Impala.