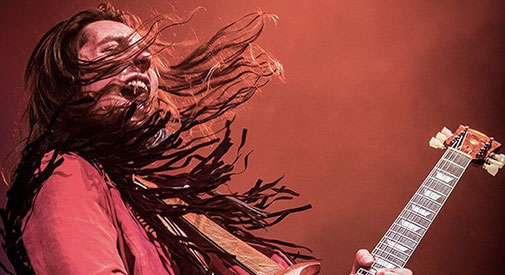 The Boston Calling music festival returns Memorial Day weekend to the Harvard Athletic Complex, bringing more than 55 performances on four stages. With so many concerts going on at once, it can be challenging to catch favorite sets or discover music to your liking. Here’s a breakdown of some of the performers coming this year that fall into some favorite genres.

If you catch one act: Premier popsters Twenty One Pilots headline Friday, sure to deliver an energetic performance filled songs ranging from their 2011 hit “Car Radio” to recent concept album “Trench.”

Friday: Pale Waves comes all the way from Manchester, England, to goth up the Red Stage at 3:50 p.m. Next, head to see French singer-songwriter Christine and the Queens perform rhythmic bilingual tracks at the Green Stage at 6:40 p.m. Stay right there to wrap up the day with a good spot for Twenty One Pilots at 9:10 p.m.

Saturday: Hear Betty Who’s smooth voice sail over her synth-pop tracks at the Red Stage at 2:05 p.m., then kill time until 20-year-old queer icon King Princess dominates the Delta Blue Stage at 6:10 p.m. with relatable songs about relationships, such as “1950” and “Talia.”

Sunday: Other than Marina (previously known as Marina and the Diamonds) at 6:10 p.m. on the Red Stage, unfortunately there isn’t much for pop fans to see on the last day of the festival.

If you catch one act: Chart-topping rappers will take the stage all weekend, including Sunday headliner Travis Scott – his song “Sicko Mode” became the first hip-hop track to spend at least 30 weeks on Billboard’s top 10 list.

Friday: Since the weekend is all about rap, Friday may be worth skipping if that’s your genre –  most big-name artists are not scheduled that day.

Saturday: Even if you’re not a rap fan, you’ll recognize Denzel Curry’s song “Ultimate,” which became popular after a series of Vines used it as a meme in videos that went viral in 2016. Hear it live when Curry performs at the Delta Blue Stage at 4:40 p.m. Catch multi-instrumentalist Anderson .Paak & The Free Nationals effortlessly combine vocals, drums, keyboard and rap to form their unique sound at the Green Stage at 6:45 p.m. The time and location have not been determined for when Lil Nas X will perform, but the artist behind “Old Town Road” is scheduled to appear on the second day of the festival. End the night with strong female energy from Dessa at the Arena Stage at 8:15 p.m.

Sunday: Sheck Wes is known for “Mo Bamba” – the video has more than 220 million views on YouTube – and he’ll belt out the party song and more at the Green Stage at 7:15 p.m. Stay until the 8 p.m. end and you’ll be in for a rough time getting to the Red Stage only five minutes later to hear the lyrical rhymes of Grammy nominee Logic, who released his latest album “Confessions of a Dangerous Mind” on May 10. Record-breaking rapper Travis Scott closes out Boston Calling at the Green Stage at 9:30 p.m., hopefully performing the best tracks from his most recent record “Astroworld,” but you face the same problem: Logic ends his set only 10 minutes earlier.

If you catch one act: For people who enjoy a mellower vibe, Irish singer-songwriter Hozier plays Saturday night. The musician’s large discography will make for a compelling show – his stuff has been climbing the charts since “Take Me To Church” in 2013, and he dropped his “Wasteland, Baby!” album in March.

Friday: Attendees may recognize Lord Huron for “The Night We Met,” which was featured in the Netflix original series “13 Reasons Why.” Explore more at a set at the Red Stage at 5:35 p.m.

Sunday: Soak up the last bit of folk with Grammy winner Brandi Carlile, known for captivating performances with a powerful voice and blend of acoustic instruments, at the Delta Blue Stage at 8 p.m.

If you catch one act: There’s plenty of rock ’n’ roll this weekend, but the performer to seek out (Friday) is Greta Van Fleet, who won the Grammy this year for Best Rock Album with “From the Fires.”

Friday: Australian rock band Gang of Youths performs at the Delta Blue Stage at 5:10 p.m. Then get to the Red Stage at 7:50 p.m. for Van Fleet.

Saturday: Start early with Pile, from right here in Greater Boston, at the Green Stage at 1:15 p.m., playing until 2 p.m. – giving enough time to get to the Delta Blue Stage for British rock group Shame, with its fierce voices and guitar riffs, at 3:15 p.m.

Sunday: The best day if you’re looking for rock. Australian trio Skegss takes you to the beach with its surf music style at the Red Stage at 1 p.m., causing a bit of conflict: It wraps up at 1:35 p.m., while the danceable Rolling Blackouts Coastal Fever – another Australia-native band – arrives at the Delta Blue Stage only five minutes later. See Guster, an experienced band with roots in Boston, jam out at the Delta Blue Stage at 4:25 p.m. (thankfully, a full two hours after Rolling Blackouts C.F. wraps up).

If you catch one act: Sometimes all you want to do is dance. The electronic duo Odesza, known for collaborating with artists such as Zyra, Leon Bridges and Sasha Sloan, is the act you want, and plays Saturday.

Friday: DJ Frank White, named DJ artist of the year four times by the Boston Music Awards, is ready to party during his set at the Arena Stage at 7:30 p.m. Stay there for Naeem’s set right afterward at 8:15 p.m. Stay again to groove with electronic up-and-coming solo artist Yaeji at 9:20 p.m.

Saturday: Naeem performs another set to show off his DJ skills at the Arena Stage at 7:30 p.m., but you may want to skip it to hear Odesza drop the best beats at the Red Stage at 8 p.m. (The sets overlap by 15 minutes.) Snakehips – known for star-studded collaborations, like Odesza – plays at the Arena Stage at 9:20 p.m., which is only five minutes after Odesza wraps up. So you’re going to miss some.

Sunday: Don’t fret if you missed Snakehips’ set the night before; they play again at the Red Stage at 4:15 p.m. Take a leisurely trek to hear local DJ Joshua Carl spin at the Arena Stage at 7:30 p.m. You could hang out there and end Boston Calling with the perfect tracks from Canadian electronic duo Chromeo, who have been making music together since the early 2000s and are known for songs such as “Jealous (I Ain’t With It),” Their show starts at 9:20 p.m.

If you catch one act: A toss-up here between spoken-word funksters Tank and the Bangas, the 2017 “Tiny Desk Concert” winners out of New Orleans (performing Friday) and Superorganism, a young, eight-member international collective that gave an incredibly fun performance at The Sinclair in September – but with only one, 34-minute album to draw from, were in and out in way under an hour, even with a brief audience Q&A segment. Check out Superorganism on Saturday and you’ll see what they’ve been up to since. Or prepare for an awkward final 30 minutes.

Friday: An easy day for great music: Tank and the Bangas plays for an hour starting at 6:30 p.m. at the Delta Stage, and you can camp out there and be in a good position for the soaring pop of Chvrches at 8:20 p.m. Let’s hope the Scottish trio leans on “The Bones of What You Believe” (2013) and “Every Open Eye” (2015), because last year’s “Love Is Dead” just wasn’t as strong.

Saturday: Choose brief sets for either Boston singer-songwriter it girl Sidney Gish at 12:45 p.m. at the Red Stage or emo rapper and intersectional feminist (and podcaster) Princess Nokia at 1 p.m. at the Delta Stage. You can’t do both. But either will set you up for the next tough choice: Superorganism at 3:45 p.m. at the Red Stage or Mitski at 4:40 p.m. at the Green Stage. Mitski (whom Sidney Gish opened for locally) hasn’t made a false step since the breakthrough “Your Best American Girl,” and her sets are inspiring. Australians Tame Impala headline the night with psychedelic pop that starts at 9:20 p.m., also at the Green Stage.

Sunday: Easy Life is five kids from Leicester, England, with an up-to-date take on soulful easy listening, and they could start off your day at 1:40 p.m. at the Green Stage. Then grab some lunch and wait for Rainbow Kitten Surprise’s hourlong set at the Delta Stage at 6 p.m. And then grab some dinner and wait for the splendid Kilo Kish to start at 8:15 p.m. at the Arena Stage. She’s been described as lots of things – “experimental hip-hop” among them – but is unquestionably great at making dread danceable.