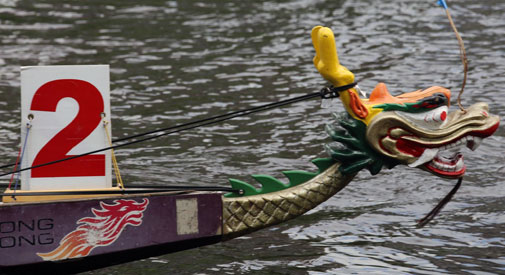 True Crime Trivia from 8 to 11 p.m. at Aeronaut Brewing, 14 Tyler St., near Union Square, Somerville. Free. If you can stomach answering questions about Ted Bundy or the Black Dahlia for entertainment (and the ubiquity of true crime programming and podcasts suggests many of us can) and think beer is good (and, again, that appears to be most of humankind), this is the trivia night you’ve been waiting for. Bring food in or get it delivered. Information is here.

Wicked Wednesdays Author Series from 6:30 to 7:30 p.m. (and repeating July 3 and Aug. 7) at Vox Pop, 431 Artisan Way, Assembly Square, Somerville. Free. Sam Baltrusis, author of historical books with a spooky edge and founder of the Harvard Scare walking tours, chats with regional authors on camera for his syndicated “What’s New: Author Series,” followed by a Q&A with the author and studio audience. Three of these lore-based talks are scheduled, but the series starts with Darcy H. Lee, author of “Ghosts of Plymouth, Massachusetts.” Information is here.

Wiretap Wednesday Open Stage from 7 to 9:30 p.m. (with sign-ups at 6:30 p.m., and repeating monthly) at The Center for Arts at the Armory, 191 Highland Ave., Somerville. Free. An open mic that founders Ben Quick and Nate Taylor call “open to literally any type of performance within the laws of the Commonwealth of Massachusetts … unless it’s really cool” that takes advantage of the space’s stage, free parking, piano, many microphones and liquor license. Information is here.

“The Nature Plays” from 5 to 6:15 p.m. (and repeating Saturday and Sunday) at Mount Auburn Cemetery, 580 Mt Auburn St., West Cambridge. General admission is $35. The cemetery’s first playwright artist-in-residence, Patrick Gabridge, has written two sets of five plays; here are the first, inspired by the site’s environment, including spotted salamanders in Consecration Dell, birders at Auburn Lake and historic debates between naturalists who are buried throughout. Audiences watch at various spots across the grounds, and performances are followed by discussion. Information is here.

The Moth Mainstage at 7:30 p.m. at the Somerville Theatre, 55 Davis Square. Tickets start at $45. Five storytellers – this year working the theme of “great expectations” – take the stage at a WBUR event hosted by Dan Kennedy. Information is here.

Summer Thursdays Summer Slashers: “Jennifer’s Body” from 7:30 to 10 p.m. at the Museum of Science, 1 Science Park, Boston, on the Cambridge border. Tickets are $10 in advance; $12 day of event for this 18-plus event. The Charles Hayden Planetarium gets used for all sorts of things in this nightlife series, but in this case programmers invite people to use it as a unique setting in which to lay back and take in the Diablo Cody-penned feminist horror comedy “Jennifer’s Body,” another box office flop that found its audience over time and became a cult classic. Information is here.

Silent disco from 6 to 9 p.m. at Assembly Row, 355 Artisan Way, Assembly Square, Somerville. Tickets are $20 (with fees, $22.85) for this 21-plus event benefiting Respond, a domestic violence prevention agency. An outdoor dance party with a by-now familiar concept: The music you dance to can be heard only through headphones, which are lit up in a color indicating which one of three stations (Top 40, classics or ’90s throwbacks) you choose. Cash bar. Information is here.

90th Anniversary Block Party from noon to 4 p.m. at the Cambridge Community Center, 5 Callender St., in the Riverside neighborhood. Free. Food, games, community partners and more for people throughout Cambridge and beyond. Information is here.

“Moon Medley” weekend matinee from 3 to 4:30 p.m. at the Harvard Film Archive at The Carpenter Center, 24 Quincy St., Harvard Square. Tickets are $5, or free with a current Cambridge Public Library card, and are available starting at 2:15 p.m. outside the screening room. In collaboration with Houghton Library’s celebration of the moon landing’s 50th anniversary come films including Georges Méliès’ silent “A Trip to the Moon” from 1902 with live musical accompaniment; Nick Park’s animated “A Grand Day Out” (pictured) and other entertaining shorts. (There’s a free Houghton moon exhibition tour at 2 p.m.) Information is here.

Third Annual Fan Fiction Theatre from 7 to 9 p.m. Saturday at Comicazi, 407 Highland Ave., Davis Square, Somerville. Tickets are $5. While most fans never need to stray from pop culture’s official versions, others feel the urge to explore whether Hermione had more chemistry with Harry than with Ron or if the Justice League works better as a western – and this 18-plus night by the Ladies of Comicazi group includes plenty of unauthorized reimaginings ranging from sophisticated to the mortifying stuff written back in college with you and your friends as the X-Men. Information is here.

“Haber: A New Musical” concert-style staged reading from 7:30 to 10 p.m. at The Center for Arts at the Armory, 191 Highland Ave., Somerville. Tickets are $15 (with fees, $17.55). Organizers promise a “fun show,” which just makes the premise of this musical more intriguing – Haber won the Nobel Prize for inventing processes that make modern agriculture possible, but his work also led directly to the chemical weapons behind some of the most hellish aspects of World War I, and then to Zyklon B, used to murder millions of Jews during the Holocaust. Did we mention he was Jewish? Wife and fellow chemist Clara Immerwahr is also in this new work with book, music and lyrics by Eric Kofman and orchestrations by Andres Ballesteros, presumably up until her suicide in 1915. Information is here.

Fortieth Annual Boston Dragon Boat Festival from noon to 5 p.m. Saturday around the Weeks Footbridge, 948 Memorial Drive, in the Riverside neighborhood. Free. Nearly 20,000 spectators gather yearly to watch up to more than 70 teams from the United States and Canada compete in 500-meter races in sleek, colorful 39-foot-Hong Kong-style dragon boats and take advantage of Asian cultural performances, food and arts and crafts. Started in 1979, this is the oldest such festival in North America. Information is here and the event schedule is here.

Love Letters Comedy Weekend from 4 to 6 and 8 to 10 p.m. at at The Comedy Studio, 1 Bow Market Way, Union Square, Somerville. Tickets are $5 (with fees, $6.15) for the early show and $15 (with fees, $16.45) for the late show. Boston Globe advice columnist and entertainment reporter Meredith Goldstein and comedian Rob Crean consider whether a comedian can give good love advice – and evaluate candidates for the Comedy Studio’s own advice columnist – and what kind of fanfic can be written about strangers with relationship questions. Information is here and here, respectively.