Google’s new building will be ready in 2022, adding to existing Kendall Square footprint 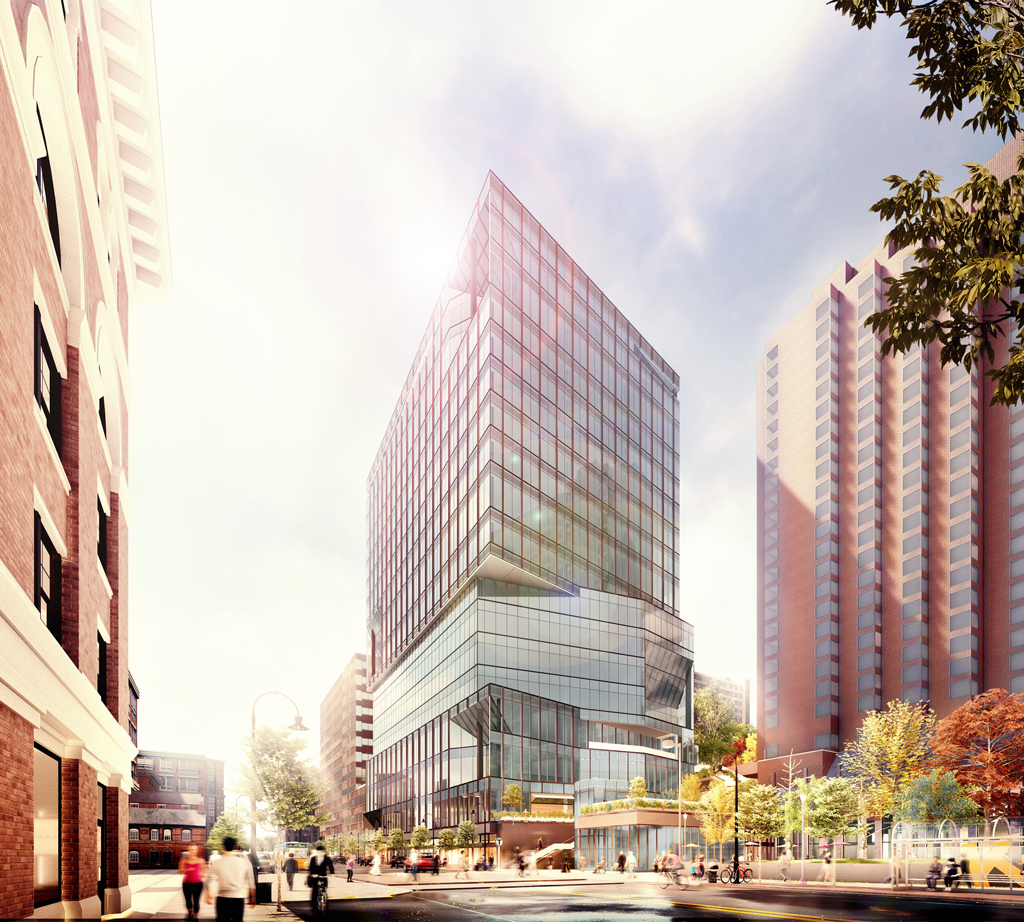 Google’s new building will be ready in 2022, adding to existing Kendall Square footprint

Construction is expected to begin this year, designed by the architecture studio Pickard Chilton, with completion expected in 2022.

The new building will hold around 375,000 square feet of office space, with Google taking 362,000 square feet of it in a 15-year lease, and hold another 42,000 of retail at the lower levels. The New Haven, Connecticut, firm also designed Akamai’s building at 145 Broadway for Boston Properties; it is planned to open late this year.

Google’s parallelogram building will connect with 355 Main St., where Google already has office space, with what Boston Properties described as a sloped “gasket” element creating visual distinction between them “while preserving the latter’s architectural integrity.” Google opened in Cambridge in 2003 and has grown over the years – and built to accommodate the growth; in 2012 the developer concocted a plan to link three separate Google spaces then known as 3, 4 and 5 Cambridge Center by taking away 42 percent of a rooftop garden to get “large floorplates” that Google executive Steve Vinter called “core to our culture.”

That building, with its two-story connector, opened in August 2014.

The new design will have “several new pedestrian connections and a multilevel public terrace [that] will further open the space between adjacent buildings and public areas,” said Pickard Chilton Principal Anthony Markese.