For sale: Fresh Pond Market. No chain buyers. And be prepared to keep operating a grocery. 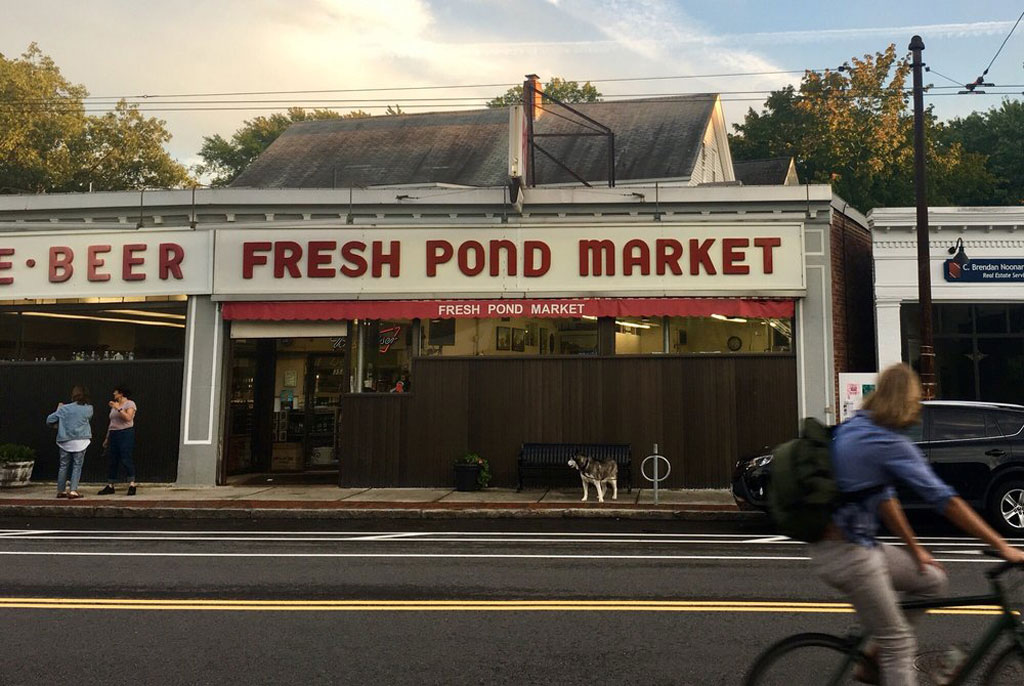 For sale: Fresh Pond Market. No chain buyers. And be prepared to keep operating a grocery.

Fresh Pond Market, a small Huron Village grocery store open since 1922, is for sale. But the Najarian brothers who own it aren’t selling to just anyone.

They want the 358 Huron Ave. site to stay a market – and no chains need apply.

“There are no major chains here, it’s all small businesses,” Marc Najarian said by phone Thursday from Huron Village, in West Cambridge east of Fresh Pond. “There’s a toy store, a restaurant, a pizza shop, all family owned. We don’t want this to turn into another Harvard Square – which used to be another place with lots of small businesses.”

“What we want is to have another market. We don’t want to have a CVS,” he said. 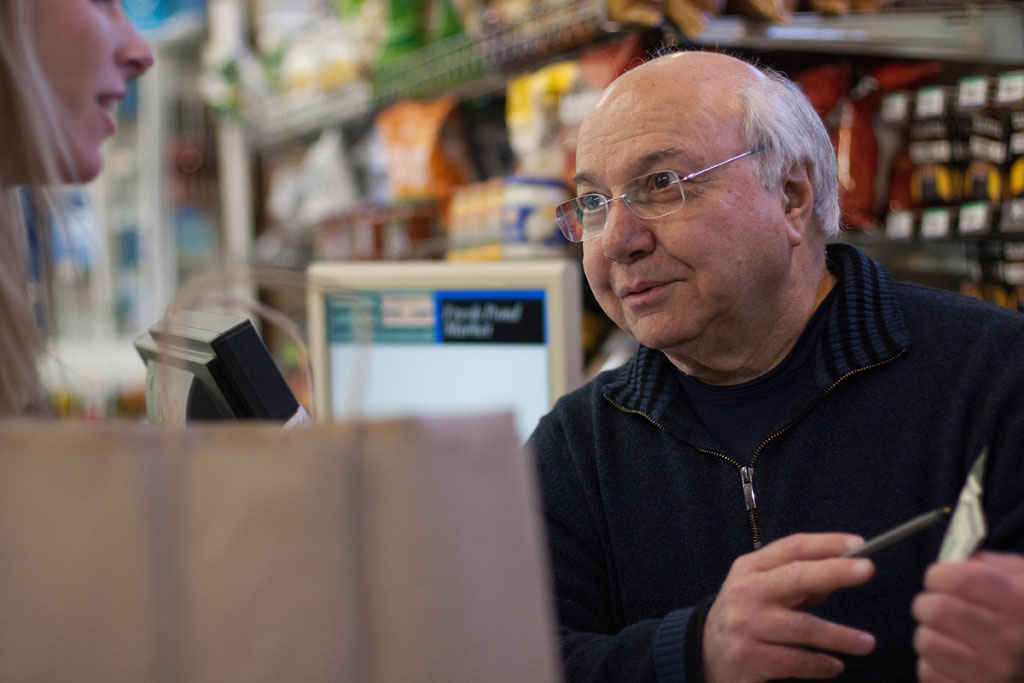 Marc Najarian shows a customer at his Fresh Pond Market one of the $2 bill he was giving out for his birthday in February 2017. (Photo: Chloe Hecketsweiler)

The beloved, family-owned store – the oldest business in the neighborhood, the Najarians say – employs some 10 people, including a butcher who works with Crosby Najarian in the butcher shop. But after working at the nearly 100-year-old store for decades and turning 72 (Marc) and 68 (Crosby) themselves, the brothers feel it’s time to retire. “We got more years behind us than ahead of us,” Marc Najarian said.

They found a broker and listed the property around a year ago, Marc Najarian said. As might be expected, the property lists in the millions. But despite there being a prospective buyer, “there’s nothing definite and nothing signed yet,” Crosby Najarian said Wednesday. 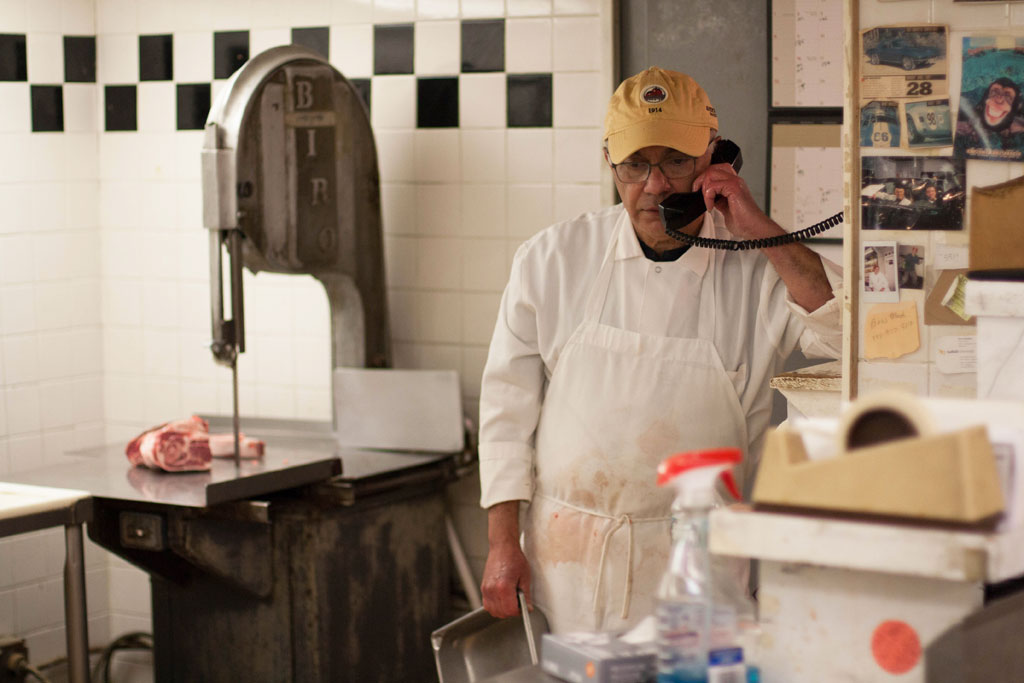 Crosby Najarian, seen in February 2017, is one of the butchers at Fresh Pond Market as well as co-owner. (Photo: Chloe Hecketsweiler)

The brothers approach their sale the way a few other Cambridge businesses have, most of those being on the venerable side: Like Bob Slate Stationers in 2012 when it was nearly 80 years old, Tags Hardware in 2015 after 60 years and Porter Square Books last year, the sales are being crafted upon, and reliant upon, a continuation of the spirit of the neighborhood business.

“The [Fresh Pond Market sales] price is negotiable,” Marc Najarian said, based on “whoever we feel is a good fit for the neighborhood.” (The listing was reportedly $6 million.)

Theodora Skeadas, executive director of the business group Cambridge Local First, applauded how the brothers were handling the sale.

“Resilience is the hallmark of any business that has survived and thrived for 50 years, especially one that serves the basic needs of its community,” Skeadas said. “We hope that Marc and Crosby will be successful in finding a buyer who appreciates the Fresh Pond Market’s reputation and the goodwill it has developed in the neighborhood.”

This post was updated June 22, 2019, with the photos of Chloe Hecketsweiler.