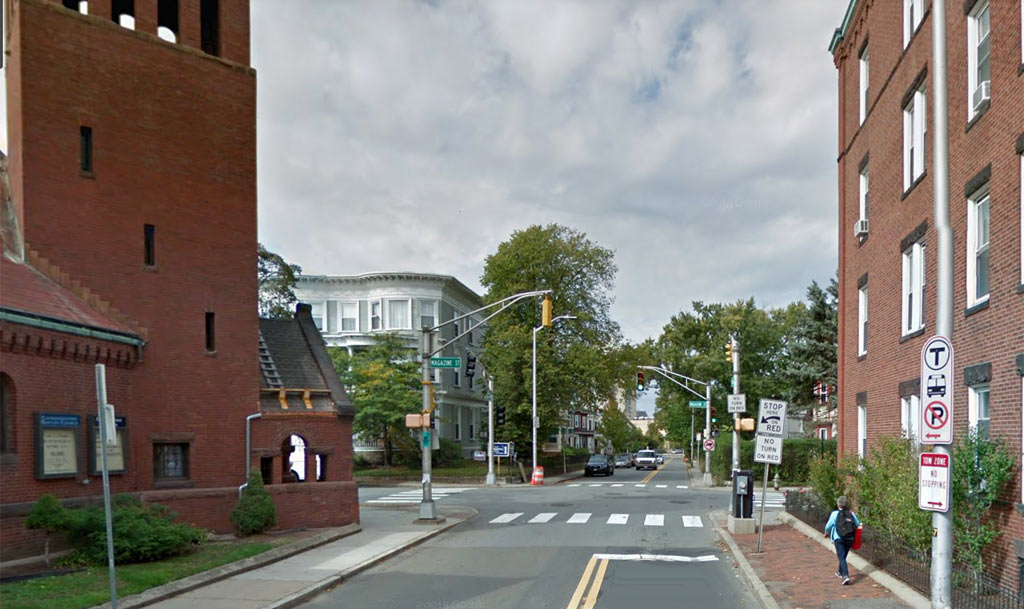 Prosecutors have upgraded the charge against the driver of a truck that struck and killed a 27-year-old woman in Cambridgeport last Oct. 5. The man, Daniel Desroche, of Methuen, is now accused of motor vehicle homicide by means of negligent operation. He was previously charged with negligent operation.

Desroche, 53, pleaded innocent at his arraignment on the new charge Thursday. He remains free without bail and is forbidden to drive, conditions that a judge imposed when he first appeared in Cambridge District Court on Oct. 24.

Desroche was driving a dump truck filled with asphalt to a city repaving project on Pearl Street when he missed a turn from Putnam Avenue onto Magazine Street, a police report says. He backed the truck through the intersection and the vehicle hit Jie Zhao, who was crossing behind the truck. After striking her once, he traveled forward and hit her again, witnesses said. She died instantly.

Zhao, who came to the United States from China at the age of 14 to live with her mother in Wisconsin, learned English, excelled in school and graduated from the Massachusetts Institute of Technology. She had celebrated her 27th birthday recently with a large group of friends at a condominium on Chestnut Street that she had bought months before. Her home was less than two blocks from where she died.

Desroche owns a family trucking company and has driven a truck his entire work life with no blemishes on his record, his attorney, Ronald Ranta, said at a Feb. 13 court hearing.  The accident was “horrific but not a criminal act,” Ranta said.

According to a police report, another truck driver behind Desroche initially signaled that the intersection was clear but then frantically warned Desroche to “Stop! Stop! Stop!” when the second driver saw Zhao start to cross Putnam Avenue. Other motorists at the intersection beeped their horns and shouted, but no one could get Desroche’s attention, court documents said. Some witnesses told police that Zhao seemed to freeze and lost her footing when the truck began backing up.

Meghan Kelly, spokeswoman for Middlesex District Attorney Marian Ryan, said Friday that the charge against Desroche was upgraded “as a result of further investigation into this matter.” The penalty for motor vehicle homicide by means of negligent operation is 30 days to 2½ years in jail, and/or a fine of $300 to $3,000. If convicted on a first offense, Desroche would lose his driver’s license for 15 years.

The previous charge, negligent operation, carries a penalty of two weeks to two years in jail or a fine of $450, or both, for a first offense. A driver convicted of negligent operation could lose his or her license for 60 days. The initial charge and the upgraded charge against Desroche are criminal misdemeanors.

Desroche’s next appearance in Cambridge District Court is Aug. 1, when a judge will hear a motion by his attorney to dismiss the charges.

Kelly said prosecutors have been informing Zhao’s family of the progress of the case.