A week of events in Cambridge, Somerville: ‘Hamlet’ in the park, rooftop dance and more 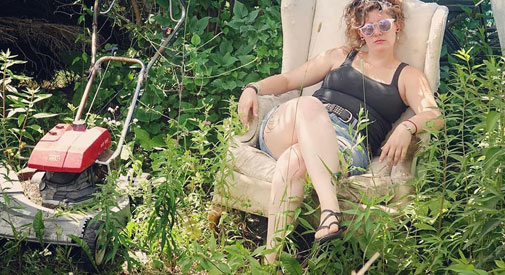 A week of events in Cambridge, Somerville: ‘Hamlet’ in the park, rooftop dance and more

Live Music Tuesdays from 6 to 8 p.m. at Danehy Park, 99 Sherman St., in Neighborhood 9 just east of Fresh Pond. Free. Club Passim partners with Cambridge Arts for an all-ages picnic music series running through Aug 6. The music can be anything from Afro-beat to klezmer to Celtic reels, but starts with Cuban flautist Sheila Del Bosque (pictured) performing with the Nacho Gonzalez Trio, probably working the composer and producer’s fusion of root music from South America with jazz and rock. Information is here.

Wicked Wednesdays Author Series from 6:30 to 7:30 p.m. (and repeating July 3 and Aug. 7) at Vox Pop, 431 Artisan Way, Assembly Square, Somerville. Free. Sam Baltrusis, author of historical books with a spooky edge and founder of the Harvard Scare walking tours, chats with regional authors on camera for his syndicated “What’s New: Author Series,” followed by a Q&A with the author and studio audience. Three of these lore-based talks are scheduled, this one with Peter Muise on New England folklore and the “Legends and Lore of the North Shore.” Information is here.

Spoken word in Cambridge: 4×4 Team Slam at the Boston Poetry Slam, from 7:15 p.m. to midnight at The Cantab Lounge, 738 Massachusetts Ave., Central Square. There’s a $5 cover for this 18-plus show. After a slightly shortened open mic starting at 8 p.m. comes a virtual cage match of a four-round slam with Verbal Slap, of Connecticut (pictured); a team from The Dirty Gerund Poetry Show of Worcester; the local George Abraham All-Stars; and the Boston Poetry Slam’s own 2019 team. Information is here.

Fourth of July Mixer Jam from 10 a.m. to 10:30 p.m. in the du Pont Court behind the Massachusetts Institute of Technology’s Pierce Laboratory, 33 Massachusetts Ave., with access from Memorial Drive. You may not want to spend all day with these picnicking spinners – which might be mainly juggling but could include all sorts of objects to manipulate in mesmerizing ways, and occasionally includes fire – but stopping in on the way to fireworks can be fun. Expect to see plenty of spinning LEDs and glowing stuff, with the spinning pausing for fireworks. (The court is also a good place from which to watch the fireworks.) Information is here.

Thanks America! A Comedy Show to Celebrate America’s 243rd Birth from 9 to 11:30 p.m. at The Jungle, 6 Sanborn Court, Union Square, Somerville. Tickets are $6 in advance (with fees, $7.61), or $10 at door for this 21-plus show. There is something other than fireworks and parties happening. Comedians Matt Barry, Jai Demeule (pictured), Alex Williams, Will Pottorff and Zenobia Del Mar will prove it, with music from The Womps. Hosted by Alan Richardson and Parvo. Information is here.

Film Friday: “On the Basis of Sex” at CultureHouse, 500 Kendall St., Kendall Square. Free. The “living room for the community” or “indoor public park” is back with plenty of programming, including a screening of this Ruth Bader Ginsberg biopic, directed by Mimi Leder and starring Felicity Jones. Information is here.

Mark Sandman: 20 Years Gone A Musical Memorial with shows at 8 p.m. (doors at 7 p.m.) and 11 p.m. (doors at 10:30 p.m.) at The Lizard Lounge, 1667 Massachusetts Ave., between Harvard and Porter squares. Tickets are $25 at the door. These tributes sold out online almost instantly, but a few tickets can be scrounged at the door to hear 14 announced performers take on the late Sandman’s amazing, experimental catalog – including a reunion of the Hypnosonics side project and bandmates from Vapors Of Morphine – as well as surprise guests. Expect Dana Colley, Jerome Deupree, Russ Gershon, Tom Halter, Larry Dersch, Mike Rivard, Jeremy Lyons, Jimmy Ryan, Duke Levine, Evan Harriman and singers including Ali McGuirk, Christian McNeill, Ron Murphy and Monique Ortiz, visiting from her 10-year home of Austin, Texas. Information is here.

Meet the Washingtons from noon to 4 p.m. Saturday at Longfellow House, 105 Brattle St., West Cambridge. Free. His Excellency Gen. George Washington and Martha Washington return to his Cambridge headquarters, where they’re available for questions and photographs in character and visitors can try out colonial clothing, play historic games and experience events of the late 18th century through a ranger-led walking tour call “Road to Revolution” at 2:30 p.m. Information is here.

“Mapuccino” opening reception from 2 to 3:30 p.m. at the Somerville Public Library, 79 Highland Ave., in the Winter Hill neighborhood. Free. The launch of a show up through July 30 with works by Ravij Raman that look like subway maps but tell stories about politics or the environment (one documents the flow of Syrian refugees across the globe) or adapt the intimate details of people’s lives that are provided by the subjects. Information is here.

CultureHouse Grand Opening Block Party from 4 to 8 p.m. at CultureHouse, 500 Kendall St., Kendall Square. Free. If you already went to this “living room for the community” or “indoor public park”  relocated to Kendall Square after an initial stint in Somerville’s Bow Market, come on back for a grand opening with live music, food, drinks and games. Information is here.

Movies in the Park: “Ralph Breaks the Internet” from 7 to 10 p.m. at Sylvester Baxter Riverfront Park, 300 Grand Union Blvd. Assembly Square. Free. Bring a blanket, lawn chair and picnic for this series from WBZ NewsRadio 1030 and the state Department of Conservation and Recreation; “Ralph Breaks the Internet” is an animated film especially good for kids and people who’ll appreciate the many video game-themed Easter eggs scattered throughout. Information is here.

Rooftop at 550 with Ruckus Dance from 8 to 11 p.m. at [email protected], 550 Massachusetts Ave., Central Square. General suggested donation is $20. A rooftop performance and party on a healthy bed of AstroTurf. Information is here.

Midnight Specials: Late Nite Movies in 35mm “Mad Max: Fury Road” at midnight at Somerville Theatre, 55 Davis Square. Tickets are $12. If it’s too hot to sleep, this flick is too hot to miss – it introduced everyone’s favorite post-apocalyptic wanderer to Imperator Furiosa and Immortan Joe in 2015 and blew everyone away. Information is here.

Silents, Please: “The Freshman” from 2 to 3:15 p.m. at Somerville Theatre, 55 Davis Square. General admission is $12. Silent comedy star Harold Lloyd goes to college in this classic in which bullies convince him he’s a player on the football team instead of the waterboy. Jeff Rapsis provides the musical accompaniment. 35mm Information is here.

Pingpong Tournament from 2 to 5 p.m. (and repeating Sundays) at CultureHouse, 500 Kendall St., Kendall Square. Free. Win honor, glory and maybe a prize in this weekly tournament. Information is here.