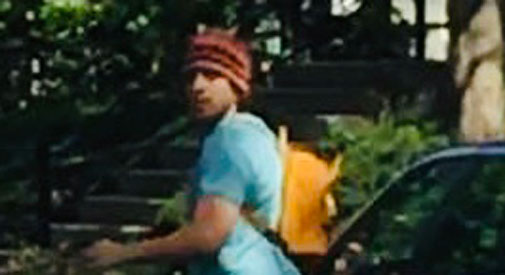 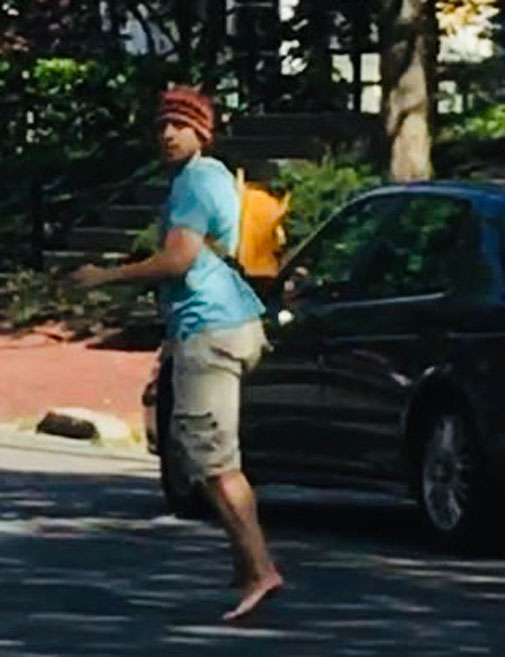 Police released this photo of a man they say was involved in an incident early Tuesday in Mid-Cambridge.

Police are seeking to identify and find a man seen yelling at and striking a woman with a phone and reportedly grabbing and trying unsuccessfully to pull away a stroller carrying the woman’s 1-year-old child.

Update on July 15, 2019: A 34-year-old Somerville man suspected of the Tuesday incident is undergoing a medical evaluation at a local hospital, police said. Due to these circumstances, his identity and the name of the hospital are not being disclosed at this time, said Jeremy Warnick, director of communications and media relations for Cambridge police. He expressed gratitude to the Somerville, Arlington, Harvard University and MIT police departments for help on the case and to members of the Cambridge, Arlington and Somerville communities whose “tips were instrumental in assisting detectives identify and develop probable cause to charge the suspect.”

A court date for the suspect has not been determined at this time.

This incident took place on Harvard Street near Prospect Street, in Mid-Cambridge near a Whole Foods Market, at approximately 9:40 a.m. Tuesday, police said.

The man is described as white, in his late 20s, wearing a multicolored hat, green shirt, khaki shorts, brown backpack and, at the time, no shoes. He fled in the direction of Inman Street toward Central Square when witnesses lost sight of him.

The woman and child refused medical attention, police said, asking anyone with any information to call (617) 349-3300 to talk with police.