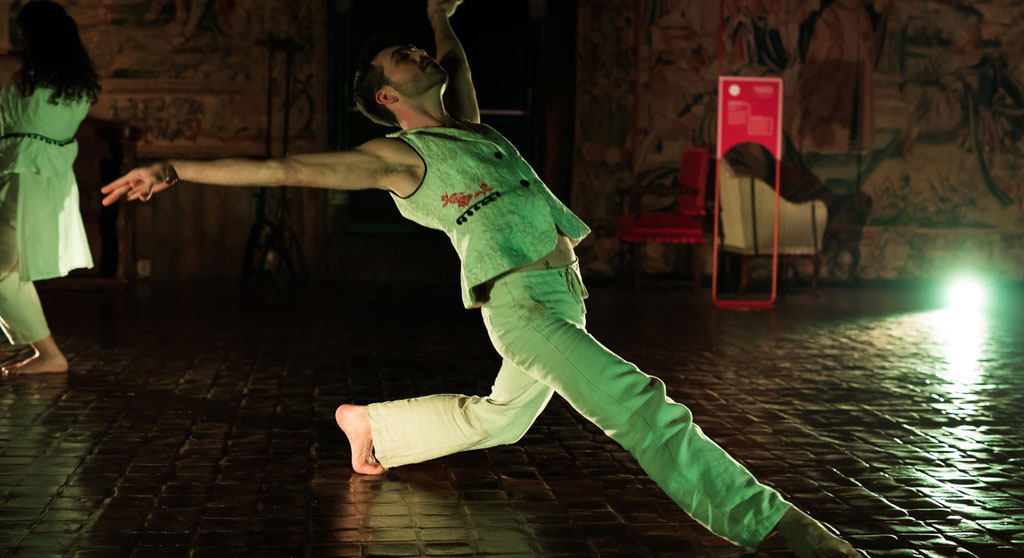 “30 Rock” Trivia from 6 to 8 p.m. at Glass House, 450 Kendall St., Kendall Square. Free, but registration closes after 35 teams. Go to here to get quizzed on the great Tina Fey show that went off the air in 2013 after seven cultish seasons – especially since we recently learned that Alex Baldwin turned down a Jack Donaghy spinoff. Information is here.

“Jumanji” movie night from 6:30 to 10 p.m. on the Cambridge Crossing Common, 320 Morgan Ave. Free. After children’s yoga and music comes the 1995 classic starring Robin Williams, with free pizza, popcorn and candy while it lasts. Information is here.

William Dameron reads from “The Lie: A Memoir of Two Marriages, Catfishing & Coming Out” from 7 to 8:15 p.m. at Harvard Book Store, 1256 Massachusetts Ave., Harvard Square. Free. The blogger, memoirist and essayist – not to mention inadvertent stock photograph for dating site deception worldwide – is in conversation by Alysia Abbott, author of “Fairyland, A Memoir of My Father” in an event co-sponsored by Mass Humanities. Information is here.

Joshua Elbaum at the Boston Poetry Slam, from 7:15 p.m. to midnight at The Cantab Lounge, 738 Massachusetts Ave., Central Square. There’s a $3 cover for this 18-plus show. Elbaum, a member of the current Boston Poetry Slam Team, is featured after two hours of open mic starting at 8 p.m. Information is here.

The Hip Hop Transformation “Bigger Picture” end-of-summer show from 6 to 10 p.m. at The Bridge Sound & Stage, 18 Edmunds St., North Cambridge. Free. An original set of hip-hop and R&B created over the summer, with guests including DJ Troy Frost, Kaeci Alayah and Luke Bars. Information is here.

“Curious Peach” poetry reading with Denise Provost from 7 to 8:30 p.m. at the Somerville Public Library, 79 Highland Ave., in the Winter Hill neighborhood. Free. Poet and state Rep. Denise Provost read from her new collection, called by The Boston Globe “an exuberant hurrah for the natural world around us.” Information is here.

“Sherlock Jr.” silent film from 7 to 9 p.m. at Vox Pop, 431 Artisan Way, Assembly Square, Somerville. Free, but register here. The Buster Keaton classic about a kindly movie projectionist who longs to be a detective – and gets the chance when his fiancée is robbed by a local thief. Information is here.

Central Summer Sizzle from noon to 6 p.m. in Lafayette Square, 900 Main St., at the south end of Central Square. Free. A block party with live bands and DJs, arts and crafts with live demonstrations, and food trucks. Information is here.

Good Luck Comedy from 8:30 to 10:30 p.m. at The Rockwell, 255 Elm St., Davis Square, Somerville. Tickets are $20. Hosts J Smitty and Sam Ike gather comics – this time Petey DeAbreu and Marie Faustin (from “Vice Live,” “Broad City” and the podcast “The Unofficial Expert”) – with the music of J. Will$. Information is here.

“Except for Love” Donald Hall memorial poetry reading at 7 p.m. at Porter Square Books, 25 White St., Porter Square. Free. The literary giant – a former poet laureate of New Hampshire and of the United States – is honored one year after his death with poems inspired by him and reflections on his legacy by readers such as Cynthia Brackett-Vincent, Mary Anker, Max Roland Ekstrom, Katherine Leigh, Kyle Potvin, Jessica Purdy, Steven Ratiner, Dave Conlin Read and Clemens Schoenebeck. Information is here.

Mortified Boston: “Angsty August” from 7 to 8:30 p.m. (and repeating Saturday) at Oberon, 2 Arrow St., Harvard Square. Tickets are $15, going fast as usual for this show of true recountings of teendom from awesomely awkward diaries, poems, songs and letters created as kids. Information is here.

“Spider-Man: Into the Spider-Verse” from 7 to 9 p.m. at CultureHouse, 500 Kendall St., Kendall Square. Free. If you didn’t catch it in theaters before it won Best Animated Feature at the Oscars – or, for that matter, at a free screening at MIT in March or at Assembly Square last month – catch it here with a crowd of likeminded Netflix naysayers. Information is here.

Pastry with Poets from 2 to 3:30 p.m. at The Center for Arts at the Armory, 191 Highland Ave., Somerville. Admission is $10 for limited seats and includes scones. The Cervena Barva Press Studio’s Annie Pluto, a Lesley University professor and theater troupe founder, will demystify Shakespeare’s sonnets, show how they work as four-act plays and guide participants through their recitation and how to write their own. Information is here.

Rebel Revels wine festival with two two-hour segments between 4 and 9 p.m. at the Rebel Rebel Wine Bar at Bow Market, 1 Bow Market Way, Union Square, Somerville. Tickets are $50 in advance, or $60 at the door, with a portion of sales going to Planned Parenthood. There will be tastings, a cookout from market eateries, DJed tunes and a porron-pouring contest in which one teammate will aim from a glass pitcher on the second-floor balcony into the other teammate’s mouth (hopefully), with Rebel Rebel gift certificates for style and least spillage. Information is here.

Movies in the Park: “Captain Marvel” from 7 to 10 p.m. at Sylvester Baxter Riverfront Park, 300 Grand Union Blvd., Assembly Square. Free. Bring a blanket, lawn chair and picnic for this series from WBZ NewsRadio 1030 and the state Department of Conservation and Recreation. Marvel’s cosmic superhero is most fun when she’s on Earth in the 1990s. with Brie Larson and a de-aged Samuel L. Jackson. Information is here.

Special late-night movie in 35mm: “The Song Remains The Same” at midnight at Somerville Theatre, 55 Davis Square. Tickets are $12. Led Zeppelin captured in concert, for those who go in for such things. Information is here.

Activism Throughout the Ages from 11 a.m. to 4 p.m. at Longfellow House, 105 Brattle St., West Cambridge. Free. The high school interns known as the Stewards of the Future are ready to share research about the historic events that contributed to a tradition of social justice here at the Washington’s Headquarters National Historic Site, the Frederick Douglass National Historic Site and the John Fitzgerald Kennedy National Historic Site. Information is here.

Central Square Food Truck Festival from 11 a.m. to 6 p.m. at 95 Prospect St., in Mid-Cambridge above Central Square. Admission is $5. More than 40 food trucks selling everything from grilled cheese to whoopie pies with a Notch Biergarten and more than 60 local artists, designers and vintage dealers. Information is here.

Myq Kaplan presents “imPERFECT” from 8 to 10 p.m. at The Comedy Studio, 1 Bow Market Way, Union Square, Somerville. Tickets are $12 (with fees, $13.36). Vegan smarty Kaplan explores all the work that has gone into creating who he has come to be and all the work that still remains to be done – with advice to his past self and anyone else on subjects ranging from traditional marriage to polyamory, from quantum mechanics to the Talmud and as a relationship partner, earthling, comedian and more. Information is here.