‘Joker’: Phoenix tries to hold it all together; eventually film lets loose, and breaks down 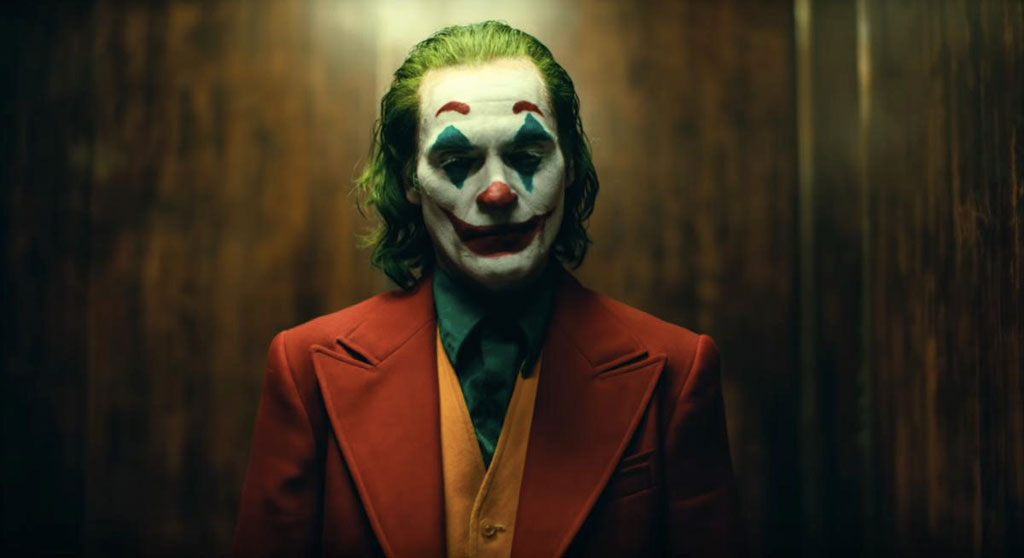 ‘Joker’: Phoenix tries to hold it all together; eventually film lets loose, and breaks down

Throughout Batman’s long history, the Joker’s been played by some pretty mighty performers. Standouts include Jack Nicholson, who pretty much hijacked Tim Burton’s “Batman” (1989), and Heath Ledger, who won a bittersweet, posthumous Oscar for his deeply felt portrait of derangement in Christopher Nolan’s “The Dark Knight” (2008) – and let’s not forget the comic genius of Cesar Romero during the 1960s TV series. Nolan and Burton felt like the right hands to shepherd a dark superhero/villain origins tale, but Todd Phillips, with such swinging steak comedies as “Old School” (2003) and the “Hangover” films to his credit? Odd as it may seem, it’s a somewhat logical evolution from drunken vomit awakenings to blood-splattered foyers with a panicked dwarf who can’t reach a chain bolt to escape.

The real reason Phillips’ “Joker” succeeds is simple: Joaquin Phoenix makes the anti-antihero psycho-saga all his own. There’s also the script by Phillips and Scott Silver that plays with the Batman mythology artfully without getting bogged down in the bigger picture – though we do briefly see Bruce Wayne at a young age, when dad and mom are with us – but without Phoenix, I don’t think “Joker” takes flight. It’s a bravura go, and Phoenix should be right up there at year’s end (like Ledger was) with Brad Pitt and Leo DiCaprio when Oscar nods are called out. With maybe the exception of Ridley Scott’s “Gladiator” (2000) it’s hard to find a movie in which Phoenix doesn’t shine with brilliant quirk and dour doses of menace. He delivers all that here and more; it’s a total immersion. For the part of clown turned Gotham icon and sociopathic perp, Phoenix lost a ton of weight, something done with equal austerity by Christian Bale (who took up the bat cowl for Nolan) in Brad Anderson’s “The Machinist” (2004) or, inversely, when Robert De Niro added 50 pounds as Jake LaMotta in “Raging Bull” – and if as on cue (send in the clowns), the Martin Scorsese-forged actor shows up in “Joker” as beloved late night TV show host Murray Franklin, whom Arthur Fleck (the Joker’s birth name) and his not-quite-all-there mother (Frances Conroy, excellent in the small complicated part) watch religiously.

At the screening of “Joker” I attended, one impatient viewer shouted out, “I didn’t pay good money to see this shit!” when Arthur breaks into a prolonged, uncontrollable laugh before his case worker. Well, for one thing, that joker didn’t have to pay for the free screening; and more to the point, these are some of the subtle seeds Phillips and Phoenix are trying to lay without saying “Hey, Arthur has a neurological condition like Tourette’s!” We get to all that and Arthur’s unenvious origins (matters of mental illness are delicately layered in and hopefully won’t be lost), but folks who want ka-pow, wham! are going to have to wade through a very deep character study before the blood, guts and mayhem comes – and yes, it comes in torrents.

When we meet Arthur, he’s working as a clown, living at home with mom with dreams of becoming a stand-up comic – a lot feels borrowed from the Scorsese-De Niro “The King of Comedy” (1982) collaboration. Things don’t go well. A pack of kids kick his ass, and he drops a gun on the floor during a hospital performance for ailing cancer kids and gets fired.

The transformation from Arthur to Joker happens on a subway train when three Wall Street types menacing a young woman and beating on a clown-faced Arthur until he puts caps in all their asses. I’m not sure if Phillips and Silver were going for it, but it feels eerily like a take on the Bernard Goetz case from New York’s, dangerous, filthy 1970s and ’80s. And speaking of New York City parallels (it’s circa 1980), Gotham’s got a long-brewing trash strike, just like the one that stank up New York in 1968. The aftermath of the shooting brings the kind of mixed reaction Paul Kersey got for gunning down bad humans in “Death Wish” (1974), including a riotous, eat-the-rich “resist” movement and the elevation of an aristocratic Thomas Wayne (Bruce’s dad, played by Brett Cullen, who had a small role in Nolan’s “Dark Knight Rises”) who comes out against the perceived class violence and launches a run for mayor. Portrayals of Bruce’s dad have always been all over the place; here he’s got the bluster of Trump and the countenance of a subdued Alec Baldwin (who has been making his bread and butter aping the Donald on the network that used to host “The Apprentice”).

As the film rounds its final bends, Phillips and Silver go off the tracks in their over-leveraging of other films. It’s not homage, it’s butchery. The lifting of the two-finger trigger to the head from “Taxi Driver” (1976) is a grotesque and unnecessary absurdity. Less violating is the theft of several iconic scenes from “The French Connection” (1971), but you feel the filmmakers are so obsessed that they forget they’re making a film. Thankfully, Phoenix is there to hold the hodgepodge together, though even he gets lost when the Joker’s acts go from understandable angst acted out to bloody plot points. I thought Takashi Miike’s “First Love” would be the bloodiest, grimmest thing I would drink in this week, but I was wrong.

Sadly (big downturned red grin), Phoenix gets undercut by handlers who don’t know how to end a film. They took a dark, alluring backstory and twisted it into “Suicide Squad” (2016) silliness.