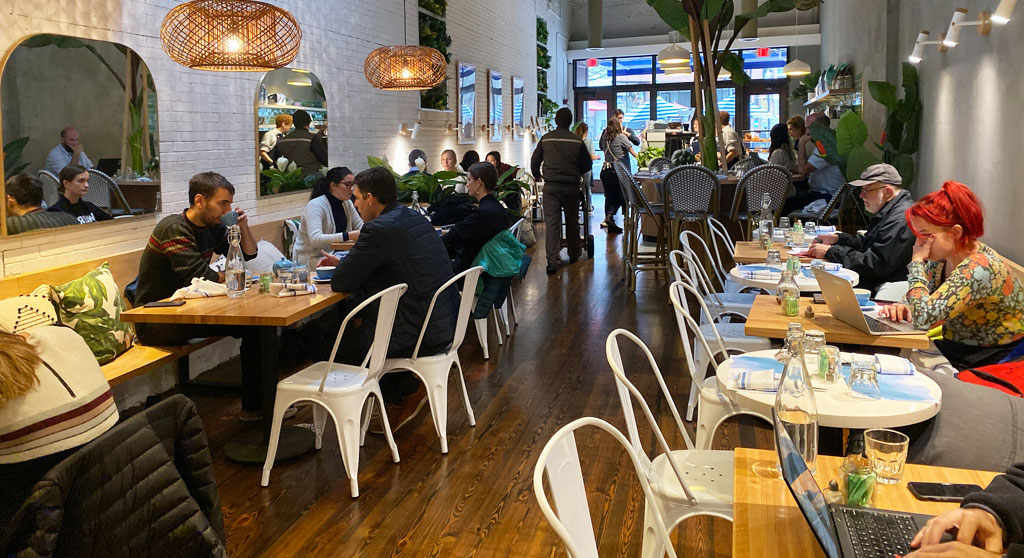 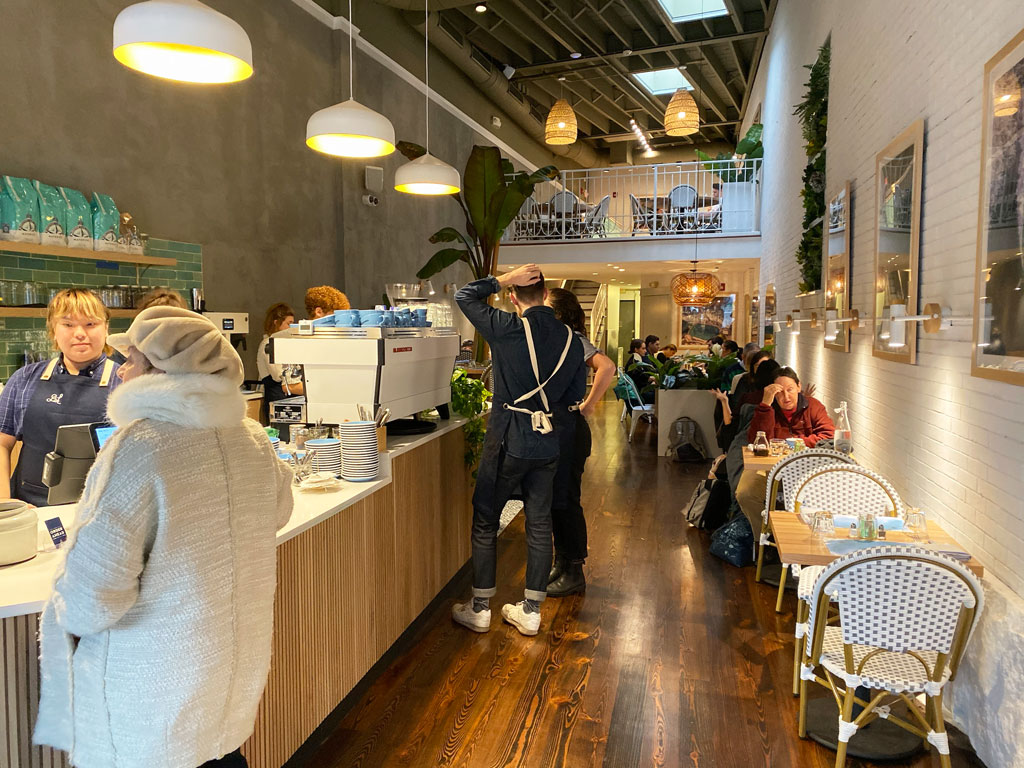 The Bluestone Lane coffee shop has opened in the old Crema Cafe space in Harvard Square.

Visited shortly before noon on a cold, rainy Tuesday, five days after its Friday opening date, the chain felt about half-full – or half-empty – in an interior made over with touches of the New York chain’s signature blue.

The 10-year-old Crema Cafe shut down Dec. 17, the victim of a reported tripling of the rent by the then-new owner of 27 Brattle St., the Charlotte, North Carolina-based Asana Partners. Since then, Asana has pulled a similar move down the block at 5 Brattle St., forcing out the gift and home goods shop Black Ink at the end of the year.

Bluestone’s 1,400-square-foot ground floor and 800-square-foot mezzanine seats 75, who can drink $3 coffees, $9 cold-pressed juices and eat all-day “brekkie” and lunches. There are 45 locations in the chain, which has begun its five-store expansion to Greater Boston.

The chain expects to ask for an alcohol license at a Nov. 19 hearing of the License Commission. 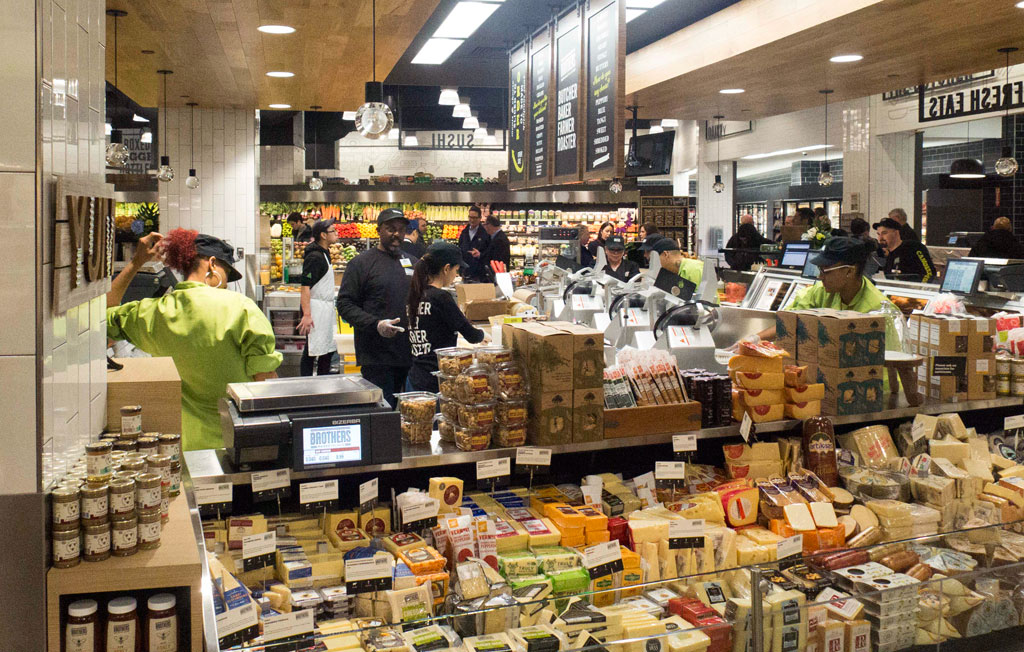 On a typical day, a Brothers Marketplace chef produces seven to 10 different recipes, or between 100 and 200 pounds of food per shift, store director Wander Rezende wrote in Boston Chefs. Most food sold there is produced in-house, from scratch – and the “manager’s specials” you see are usually the cooks’ own recipes that they get to make and test for popularity in real-time.