‘Knives Out’: The patriarch has passed away, but the reading of the will keeps family close 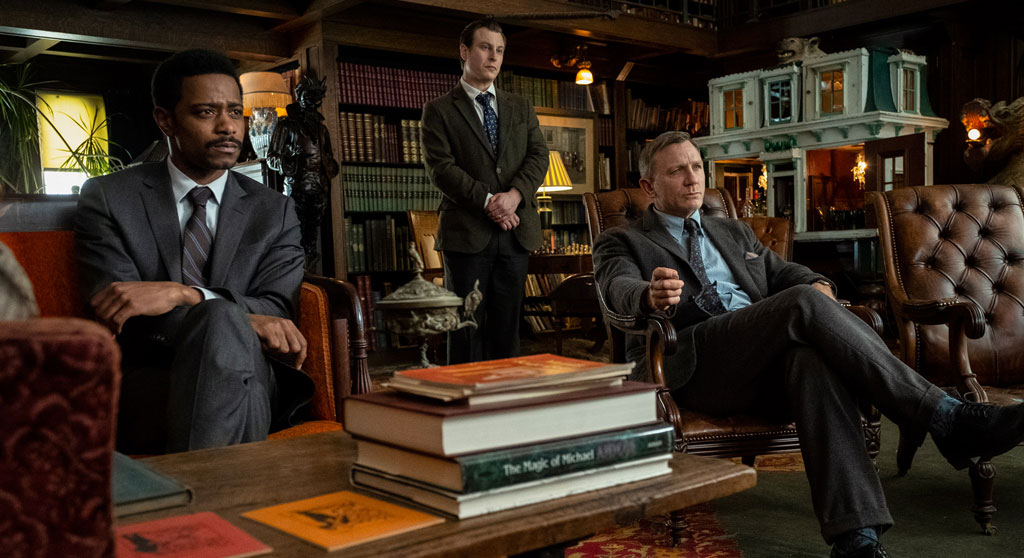 ‘Knives Out’: The patriarch has passed away, but the reading of the will keeps family close

“Knives Out” is a good, old-fashioned whodunnit with a healthy serving of droll comedy. Yes, comparison to classics such as “Murder by Death” (1976) and “Clue” (1985) are apt. That first film had Truman Capote, Peter Sellers and Peter Falk (not to mention the voice of Fay Wray) among its eye-grabbing cast; here we have Chris Evans trading his “Captain America” duds for J.Crew gear as a slack, spoiled preppy, as well as Michael Shannon – who, as General Zod in another universe, could have been Cap’s foe, Jamie Lee Curtis, dandy Don Johnson, Toni Collette and the impeccable Christopher Plummer. The real centerpiece, however is Bond boy Daniel Craig as a private gumshoe named Benoit Blanc who, while not quite Clouseau wacky, is imbued with scads of quirk, overconfidence and a twangy, near-Southern drawl. It’s such a radical departure, you can’t stop gawking at Craig in every scene he’s in. 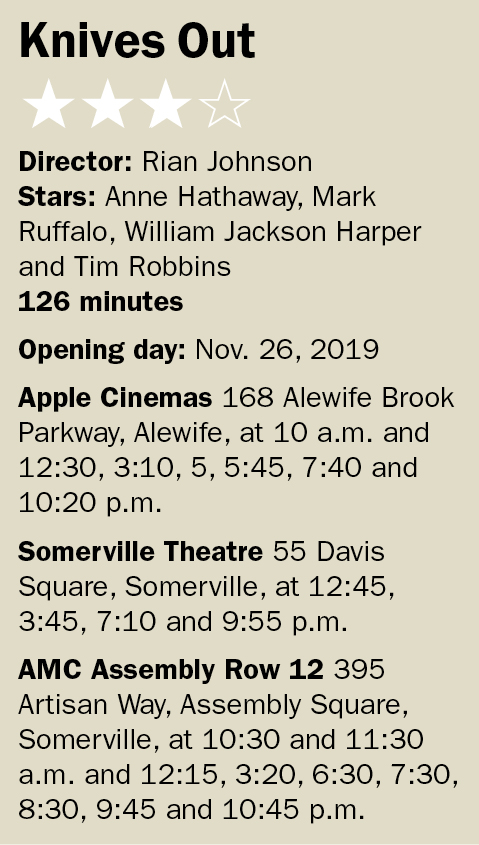 The film, shot in and around Boston, marks something of a changeup too for director Rian Johnson, who’s done everything from quirky indie (“Brick” and “Looper”) to big budget blockbuster (“Star Wars: Episode VIII – The Last Jedi”). Living in a quaint New England manse, renowned murder-mystery scribe Harlan Thrombey (Plummer) celebrates his 85th birthday and then dies when his nurse Marta (Ana de Armas, Ryan Gosling’s comely virtual love interest in “Blade Runner 2049”) gets his medications mixed up. Is it suicide, an accident, Harlan acting out one of his plots or something more nefarious?

That’s the game afoot, and while it’s not particularly grabbing in its own right, there’s a rich potpourri of bloodsuckers who stand to benefit from Harlan’s departure and are thus prime suspects, be it his snarling son, Walt (Shannon), in charge of the publishing empire; his sister, Linda (Curtis), married to the self-righteous Richard (Johnson); their aloof son, Ransom (Evans); or Joni (Collette), wife of Harlan’s late son, who still holds a prominent perch. It’s not the plot providing the fun as much as the rubs of the twee and the entitled coming off with biting satire. Harlan is so dignified and magnanimous you can almost hear him bellowing from his grave as his blood squabbles around the remains.

As the crew stays around to hear the reading of the will, Craig’s Blanc sleuths about with varying degrees of success, but endless dry wit. The script by Johnson does what it needs to, with just the right amount of red herrings, plot twists and deft humor. The best is the family’s insistence on the inclusion of Marta as “one of them,” yet none can remember if she’s from Colombia, Ecuador or Nicaragua. It underscores the absurdity of the insincerity of the well-off. In consumption, the film may be a touch overbaked – in length, and holding itself a little more grandly than it should – but still, as served, it’s great holiday entertainment if you just want to feast, fill up and let someone else take the wheel.